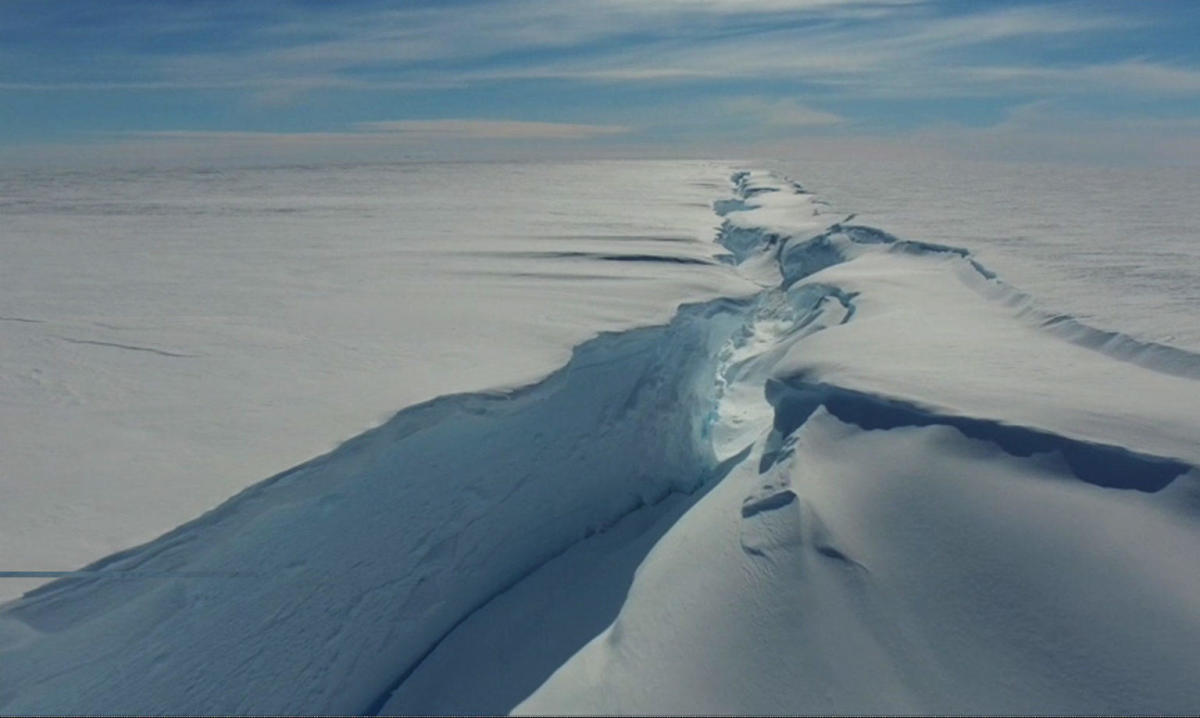 One of the planet’s most closely observed ice shelves just had a major change. On Sunday, a massive piece of Antarctica’s Brunt Ice Shelf — a chunk about the size of two New York Cities — broke free.

The British Antarctic Survey said Monday that the iceberg is 1,550 square kilometers, or just under 600 square miles.

This is the second major break-off from the ice shelf, known as calving, in two years, although scientists have long predicted it to happen. According to the British Antarctic Survey, cracks have been naturally developing across the entire ice shelf for a decade.

It was the first time in human history that Antarctica had such a collapse. It happened after an atmospheric river brought unusually warm air to the region, and many pointed to climate change as a possible factor.

But according to BAS glaciologist Dominic Hodgson, the latest iceberg break-off from Brunt “is not linked to climate change.”

“This calving event has been expected and is part of the natural behavior of the Brunt Ice Shelf,” Dodgson said.

A major crack in the Brunt shelf, known as a chasm, had been dormant for decades, but in 2012, scientists detected a major change. It was continuously growing starting in 2015, and by December last year, researchers said it “extended across the entire ice shelf.”

This is the second time in two years that an iceberg has calved from the ice shelf.

The last one, known as A74, formed in February 2021 – not even 5 years after a new crack known as the Halloween Crack formed. It’s slightly smaller than the latest break-off, and has since drifted away into the Weddell Sea.

The newest iceberg will be named by the U.S. National Ice Center. Researchers believe that it will likely follow A74’s path into the sea.