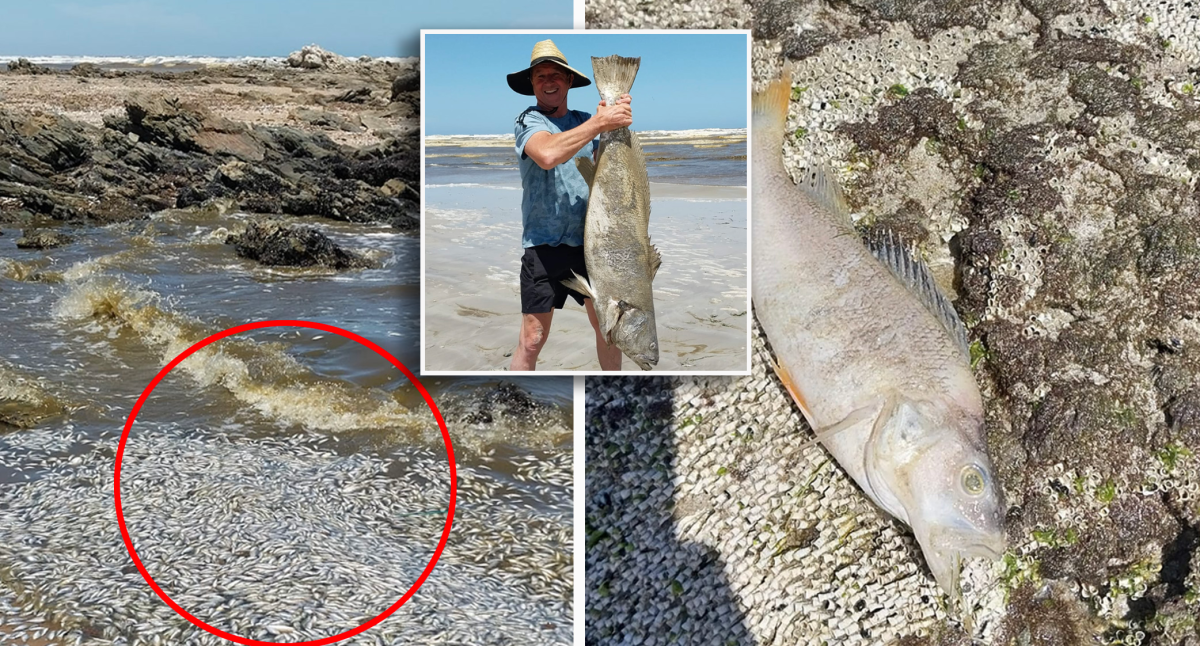 Beachgoers were stunned after rocking up to a South Australian coastline to find it littered with thousands of dead and dying fish.

It’s believed the recent “once in a lifetime flood,” which inundated more than three thousand homes in South Australia, caused an enormous breeding event for all fish in the Murray River which are now being flushed out to sea on strong currents. Unable to survive in the saltwater environment, they are being killed and washed up on shore.

“Amazing scenes on Middleton Beach, billions of dead and dying fish,” fisherman John Cork-Gorringe wrote on Facebook. “The shallows are alive with carp struggling in the salty water. I will never see this again in my lifetime.”

‘It is a very sad thing to see’

Mr Cork-Corringe, a firefighter from Adelaide, told Yahoo News Australia on Tuesday morning he was on a surfing holiday when he made the “smelly” discovery.

“These scenes have not been witnessed by many living people due to it being such a rare event,” he said. “I have never in my lifetime surfed in a school of carp and I will probably never will again.”

The mixing of salt and freshwater has also been too much for Mulloway. Photographed holding up a fish almost as long as he is tall, Mr Cork-Corringe said the coastal waters have become too fresh for the Mulloway to survive.

“The Mulloway shown in my photos is a beautiful old fish, probably 40 years old or more, weighing probably 50 to 60 kilos,” he said. “It is a very sad thing to see such beautiful fish dying on the beach but it is however a natural event, albeit a very rare one.”

With people still taking to the water at Middleton Beach, SA Health confirmed to Yahoo News it is still safe to swim.

“Water quality testing has shown no impact from the River Murray flood waters on recreational water quality from a public health perspective,” a spokesperson said. “Factors that cause fish deaths are not expected to pose risks to public health.”