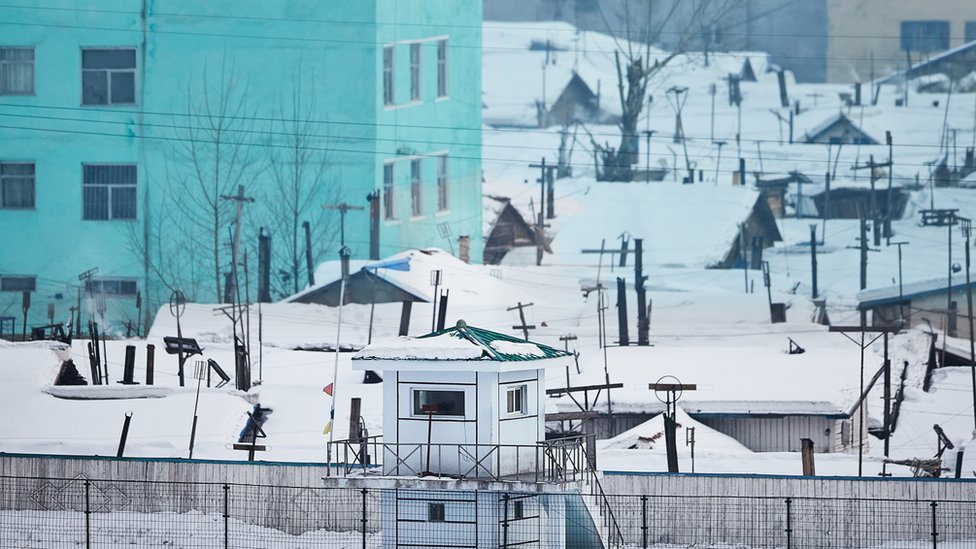 North Korean authorities have warned of extreme weather conditions in the country as a cold wave sweeps the Korean peninsula.

Temperatures are likely to dip below -30C in the northern regions, which are also the poorest part of the country, the state radio broadcaster said.

Coastal areas are also expected to see high winds, according to state media.

South Korea too has issued a cold wave warning and northern China has been experiencing record low temperatures.

Temperatures are also expected to drop to their lowest in a decade in Japan this week.

While North Korea has been affected by extreme or adverse weather much like other places, little is known about the impact of this on its people.

Ryanggang, North Hamgyong and South Hamgyong, the country’s poorest provinces and those expected to be most vulnerable to climate shocks, are all located in the north.

Electricity is uncommon outside the capital Pyongyang, and households in these places burn wood, and dried plants for warmth during the winter, NK News has reported.

It also says many merely use plastic wrap around their doors and windows for insulation.

Radio Free Asia reported in December that “large numbers” of people in the country had gone missing late last year during another extremely cold spell.

Many are thought to have starved or frozen to death, as the mercury dipped below freezing and food became scarce.

Food insecurity in North Korea is said to be at its worst since a widespread famine in the 1990s, according to Lucas Rengifo-Keller, a research analyst at Peterson Institute for International Economics in the US.

Tuesday’s cold wave alerts come as Pyongyang prepares to celebrate the 75th anniversary of the Korean People’s Army next week.