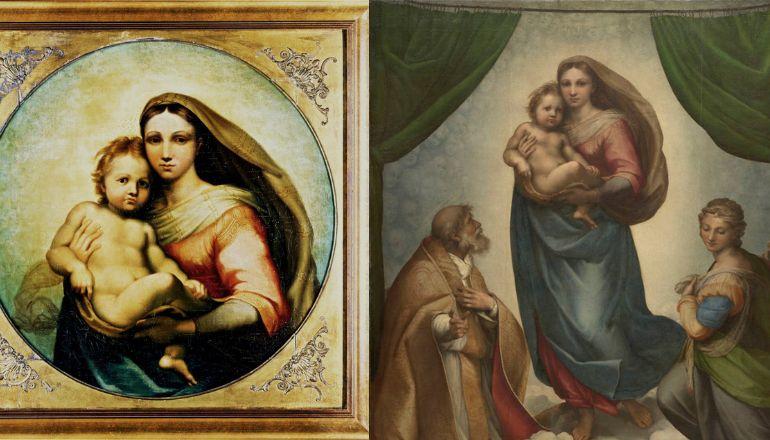 A painting with mysterious origins is likely a Raphael masterpiece, researchers from the U.K. said after using facial recognition technology and artificial intelligence (AI) to analyze the portrait.

The Renaissance-era painting, named the de Brécy Tondo, has been studied extensively for more than 40 years. Researchers from the University of Nottingham and University of Bradford used an artificial intelligence facial recognition system developed by Hassan Ugail, a professor of visual computing at Bradford, to determine its likely creator.

Instead of DNA, the system uses DNN – a deep neural network – which identifies patterns in images and videos. The system is more accurate than the human eye and was able to analyze the painting’s similarities to another, created by Raphael.

The Italian Renaissance painter is considered “more versatile than Michelangelo and more prolific than their older contemporary Leonardo,” according to the National Gallery in London, which houses some of his paintings.

Ugail said the facial recognition system is assisted by artificial intelligence “whereby millions of facial images are fed to a machine learning algorithm which learns ‘deep’ features and characteristics of the human face.”

“These features may be the physical attributes (e.g., shapes, colours and textures of the face) but also include a lot (potentially thousands of features) which cannot be described visually or physically,” Ugail said in an email to CBS News. “In this sense, the analysis carried out through these facial recognition systems can compare two facial images in much greater detail and can outperform humans.”

The so-called Madonnas in each painting had a 97% similarity, while the children in each had an 86% similarity – a similarity above 75% is considered identical, according to the study.

Ugail said this technology is being used for recognizing and authenticating identities in criminal investigations and routine identity verification. It can also be used in medical image analysis to help diagnose diseases like cancer.

The painting was a part of the de Brécy Trust, an art collection that belonged to the late George Lester Winward. He gave his collection to the trust so it was available for art scholars and researchers to study.

The trust had previously analyzed the de Brécy Tondo and found its pigments were that of pre-17th century works, and it was not a Victorian copy, according to Howell Edwards, a professor and honorary scientific adviser to the trust.

“The view of other particular art historians consulted, including certain of those with Italian Renaissance and Raphael expertise, has been that the Tondo is a ‘possible’ Raphael.'”

Dr. Christopher Brooke, honorary research fellow at the University of Nottingham, told CBS News via email the study is “a big step forward in using machine learning in art history.”

“It’s a very sound study with positive results,” said Brooke, a co-author of the study and an expert historian of ecclesiastical art and remote sensing techniques.

Raphael, whose full name was Raffaello Santi, was named architect of St. Peter’s Basilica in the Vatican, until he died. Several architects took over the project, with the most notable being Michelangelo. One of Raphael’s most famous paintings is The School of Athens.