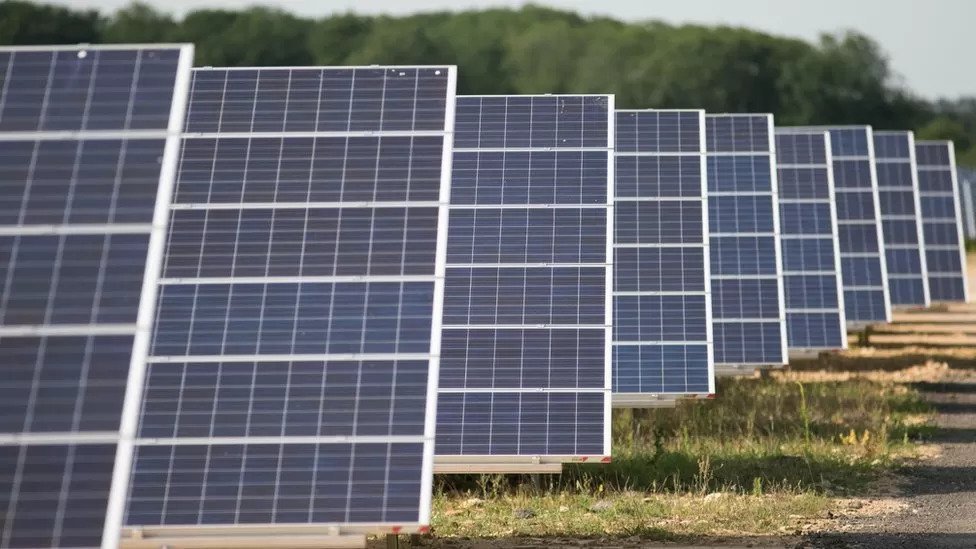 Plans have been submitted for the Isle of Man’s first solar energy farm.

The proposed 84-acre development in the south of the island would generate enough electricity to power nearly 8,000 homes per year, developers said.

Peel Cubico Renewables said the Billown Solar Farm, to be built on agricultural land in Malew near Castletown, could be in operation next year if approved.

A recent consultation on the plans showed strong support for the on-island generation of renewable energy.

Seventy-four percent of the 370 people who answered the question stated it was “very important”, while 67% of participants also rated the energy independence of the island as the most important reason for progressing renewable energy projects.

The Manx government has committed to cutting carbon emissions to net-zero by 2050, which includes decarbonising the island’s electricity supply by 2030.

The solar farm plans also include a battery storage facility to enable electricity to be stored and fed into the Manx Utilities grid, if agreed with the government-owned energy provider.

The private development would cost £30m over its 40-year lifespan.

The firm’s planning and development manager Stephen Snowdon said the plans represented a “great opportunity for stable and low-cost energy to be provided to residents and businesses”.

The solar farm could “help the Isle of Man to address climate change and secure a bright economic future for the island”, he added.