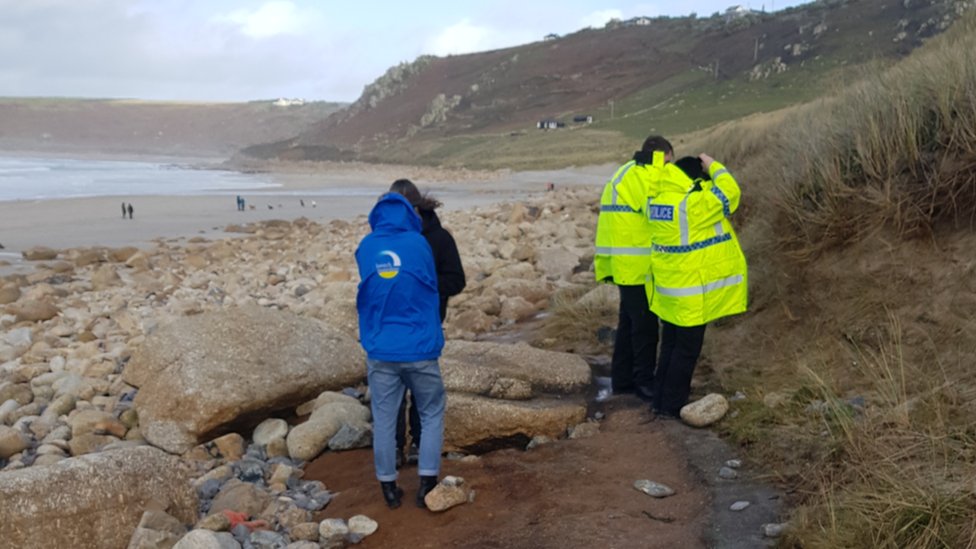 A set of human remains has been found on the coast of Cornwall for the second time in two months.

The latest discovery was made at Sennen Cove, near Land’s End, earlier this month.

Cornwall Council said it was investigating and the remains “may be another shipwreck victim”, similar to those found near Trevone in November.

Beach cleaner Emily Stevenson made the discovery and said the latest find was “really is in a league of its own”.

Ms Stevenson, who co-founded Beach Guardian, was in Sennen, hosting a group clearing plastic from the dunes when she found the remains of a skull.

She said: “There have been times before, when I’m exploring hidden coves, or deep, dark caves filled with plastic, that I have worried about finding human remains. But it really wasn’t expected on a popular beach like this.”

She said the discovery was an indication that the dunes were being eroded.

“The degradation of the dunes not only releases plastics, but also carbon that has been stored here – and, of course, anything else that has been retained here.

“The other tragedy is the story of whoever’s remains these are.

“But we hope that this discovery can finally bring their story to a peaceful and positive end by inspiring the next generation to care for our coastline.”

Ann Reynolds, senior officer for the Rural Historic Environment at Cornwall Council, said: “Historic burials tend to appear every couple of years or so, but to have two sets of remains appear over two months is more unusual.

“It is clear that they have been there for some time and it is possible that they may be another shipwreck victim, lost many centuries ago and buried by the local population.

“The remains are better preserved than those found in November as they are encased in sand.

“Following excavation, we hope to be able to carry out some analysis of the age of the bones and find out a little bit about the person such as their place of origin.”