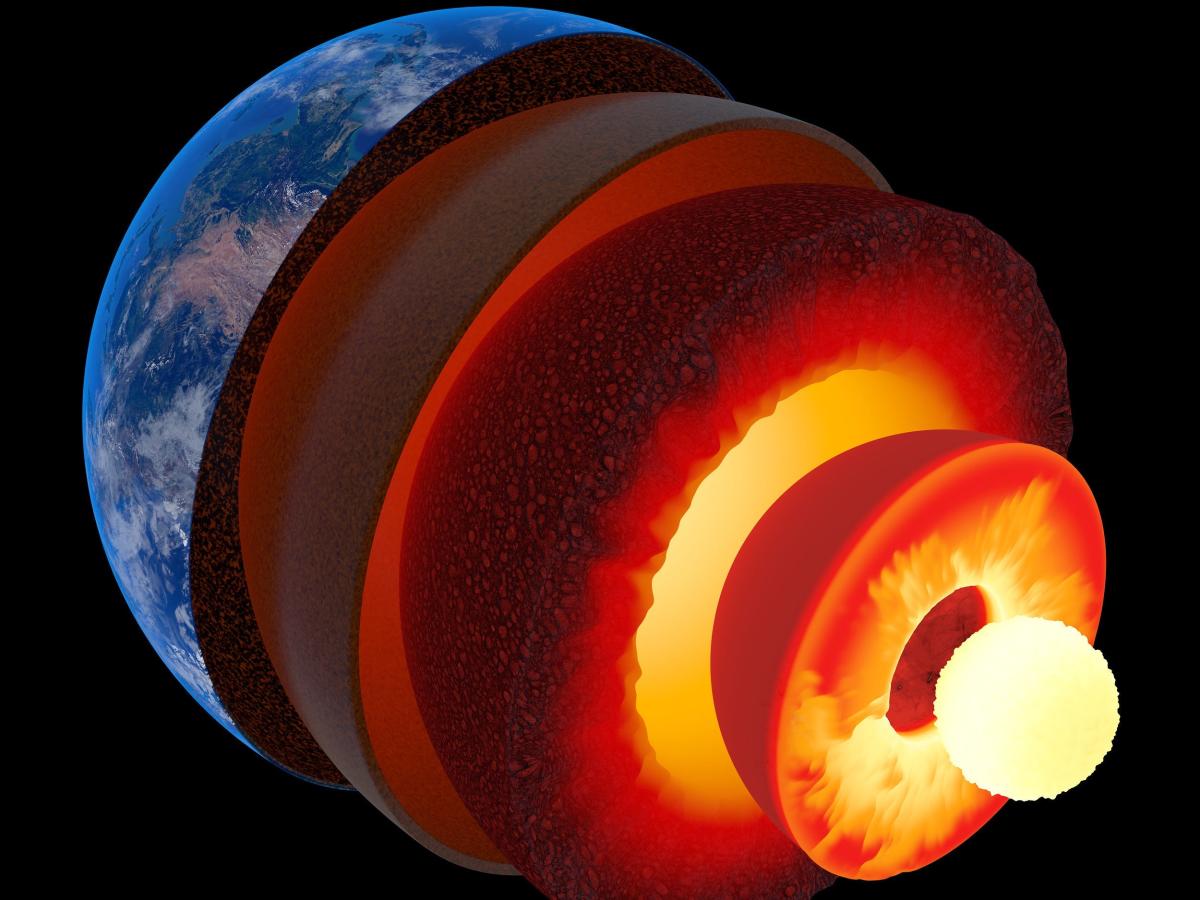 Living on Earth’s surface, we only see about 0.5% of the planet. Deep below the crust, then the hot rock mantle, then the liquified outer core, lies one of our planet’s biggest mysteries: the solid iron core at the center.

That iron ball — Earth’s inner core — may have recently stopped rotating, then reversed direction for no apparent reason, a new study found.

That may sound apocalyptic, but don’t worry. Scientists don’t think it will significantly change life on the surface, except by befuddling them.

“It’s probably benign, but we don’t want to have things we don’t understand deep in the Earth,” John Vidale, a geophysicist at the University of Southern California, told The Washington Post.

Published in the journal Nature Geoscience on Monday, the peer-reviewed research suggests that the solid inner core of the Earth could experience changes in its rotation every several decades.

Scientists can’t look directly at the inner core, but they can get hints of its activities from powerful earthquakes and Cold War nuclear-weapons tests, which have sent seismic waves reverberating through the center of the Earth.

Those deep seismic waves have shown that the core is mostly composed of pure, solid iron and nickel, and that it may spin a little faster than the rest of the Earth.

If the inner core was inert, spinning in line with the outer layers of the planet, similar waves should travel similar paths through it. But over time, the movement of those waves changes, indicating that the core itself is changing. Spinning is one of the leading explanations for these seismic mismatches.

The new study throws a wrench in the core’s spin. It looks closely at seismic waves from the 1960s to the present day. The researchers found a quirk starting in 2009: In the last decade, the paths of similar seismic waves did not change. That suggests the inner core may have stopped spinning around that time.

Data from two pairs of nuclear blasts hint at a similar pause around 1971, with the core spinning eastward afterwards, leading the researchers to believe that the inner core may pause and reverse its spin about every 70 years.

The theory is that Earth’s magnetic field pulls the inner core and causes it to spin, while the gravitational field of the mantle creates a counter force, dragging on the inner core. Every few decades, one force may win out over the other, changing the spin of the great iron ball.

The inner core is a major mystery, and we may never solve it

Explaining these quirks in the seismic record is difficult, and involves speculation, since there is so little information about the inner core.

Another explanation is that the surface of the inner core is changing over time, rather than the whole iron ball spinning. Lianxing Wen, a seismologist at Stony Brook University, discussed this theory in a 2006 paper and still stands by it today. He told The Washington Post that would explain the pauses in 1971 and 2009.

“This study misinterprets the seismic signals that are caused by episodic changes of the Earth’s inner core surface,” Wen told the Post.

The new study may help shed further light on the mysterious nature of the inner core and how it interacts with Earth’s other layers. It could be a long time before scientists piece together the full picture, though — if they ever do.

Still, he said, “I’m an optimist. The pieces are going to fall into place someday.”

Until then, Vidale and his colleagues will just keep listening to seismic waves that travel from one side of the planet to the other, straight through the iron core that the researchers themselves can never reach.