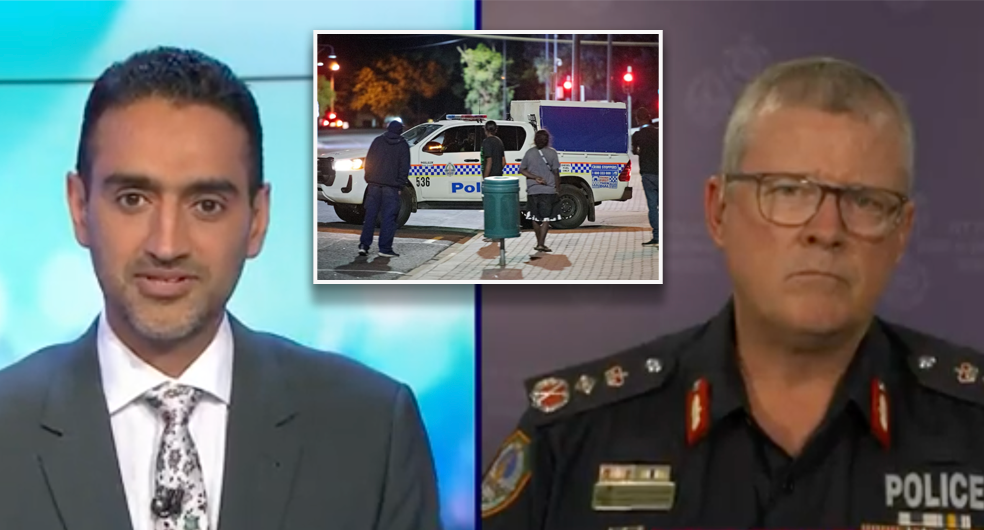 The Project host Waleed Aly has raised some eyebrows with his line of questioning during an interview with the Northern Territory Police Commissioner Jamie Chalker on Tuesday night.

From today, the state government has introduced strict new rules around the sale of takeaway alcohol in central Australia following an emergency meeting federal leaders including prime minister Anthony Albanese on Tuesday. The PM and Minister for Indigenous Australians, Linda Burney, met with state leaders to address the growing crime crisis in Alice Springs.

The new measures to tackle anti-social behaviour include a three-month ban on the sale of takeaway alcohol in the region on Mondays and Tuesdays and reduced trading hours on other days, with a limit of one purchase per person each day.

The restrictions will overwhelmingly affect indigenous communities and speaking to Commissioner Chalker, The Project host Waleed Aly seemingly addressed the elephant in the room.

“I should kind of acknowledge that this is tricky because you will have your views from what you’ve seen on the ground about what should be done. The community will have their views and they will probably note that here we are asking you, a white Police Commissioner, his thoughts,” he said.

“Do you understand how some people might bristle at that whole situation?”

Despite a small minority of people on social media labelling the question “racist”, Commissioner Chalker said he was “blessed” to have been born and raised in the state.

“I feel that we come from a pretty good place.”

The police commissioner echoed sentiment from state and federal leaders that the entrenched problem is not new and must be addressed with a range of health, social and community-focused policy initiatives. He said alcohol abuse fuelled the worst problems in the community.

“It is an issue that goes to the point that what is driving people that feel the need to consume alcohol at those alarming levels that is then spilling into the community,” he said.

Speaking to ABC radio on Wednesday, Indigenous Minister Linda Burney said some of the stories her and the prime minister heard this week about the current crime wave in Alice Springs were immensely confronting.

She dismissed claims the new federal-backed restrictions were “an intervention” but said it was a “very important step” in a complex situation.

A long-term central Australian alcohol management plan will also be developed to address issued such as unemployment and youth on the streets.

A central Australian regional controller has been appointed to ensure all levels of government are working together to deliver services to the community.

NT Chief Minister Natasha Fyles took aim at Opposition leader Peter Dutton, who she accused of playing politics with the issue, after he said all options including sending in defence force personnel should be on the table.

With domestic violence as well as commercial and residential break-ins on the rise, Mr Dutton branded it “the biggest issue in our country today”.

“There are reports of kids running around with machetes, children not wanting to go back home because they feel it’s unsafe to stay there so they’re out committing crimes,” he said.

“It’s a law and order and crime problem.”