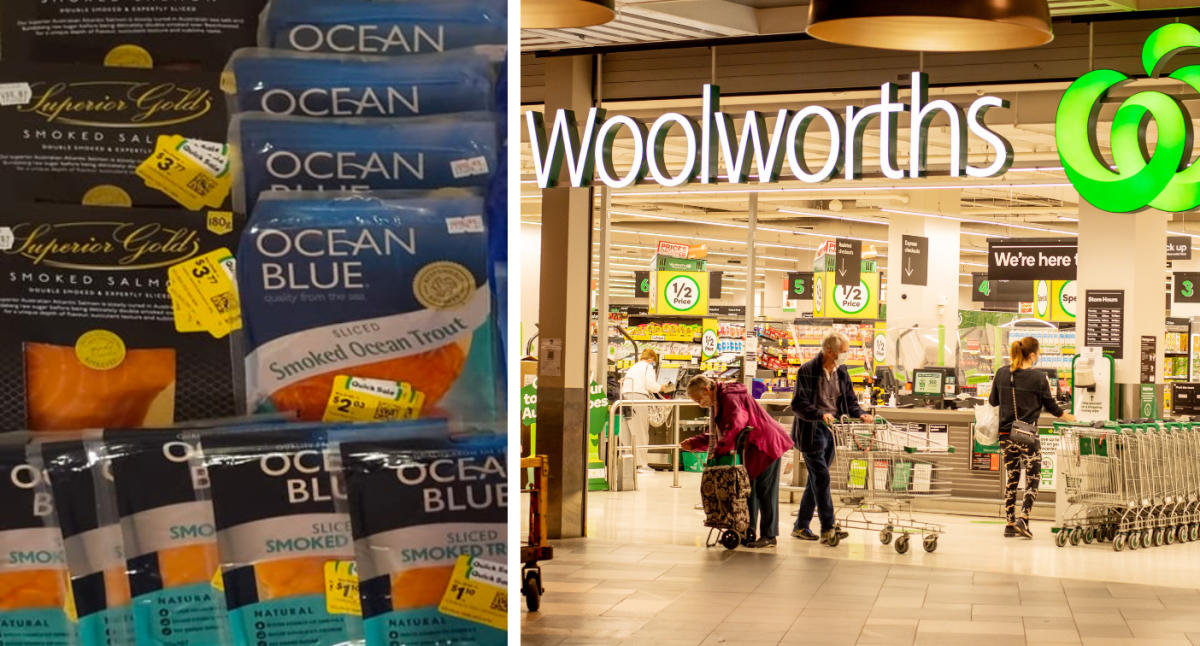 Supermarket markdowns can be hard to come by, but one Woolworths shopper has managed to pick up an incredible bargain on rarely reduced items.

The woman’s huge haul included 25 packets of smoked salmon and trout from various brands including Superior Gold, Tassal and Ocean Blue, ranging between just $1.10 and $3.77 each. “Best Deal! $250 worth of fish for only $50,” she excitedly shared in the Markdown Addicts Australia Facebook group.

Dozens of fellow bargain hunters were envious of the woman’s impressive shop, noting that she scored some of “the best” salmon brands. “Well done! I’m so jealous, I never find deals like this,” one shopper wrote.

How she did it

The shopper, who lives in the Riverina Region of NSW, revealed how she was able to nab the deal. “Everything was purchased at my local Woolies at only 20 minutes to closing time. I don’t live in the big city, so I grab what I can when I can,” she said.

A Woolworths employee recently confirmed when certain items are most likely to be marked down in a Reddit thread about supermarket prices. “Chilled and meat 2pm to 4pm: first markdown for 1 and 2 days out. Percentage off is generated by stock on hand and how many days out. Usually from 6pm onward for same-day sale, a further markdown can be applied, at our discretion, up to 80%,” the staffer said.

Several group members wondered what the Woolies customer would do with so much fish, with many questioning whether it can be frozen. But the shopper said smoked salmon and trout freezes “really well” and can be used to make a huge amount of different meals.

“I can make SO MANY MEALS from this!” The shopper replied. “Honestly, there are so many things you can make with fish. I’ve even used smoked fish as a bacon replacement in recipes too.” She went on to say she’d be making pastas, potato bake, pie, salads, omelette, fried rice and sushi.

Not the only one

Incredibly, another shopper had similar luck, scoring $100 of smoked salmon for $10. The Coles customer revealed she scored the deal at 6pm, however a spokesperson for the supermarket previously confirmed to Yahoo News that there’s no set time to find discounted items.

“Markdowns do not uniformly take place at the same time across all stores. There are many things that can impact when this takes place including stock on hand, delivery schedules and team member rostering,” the spokesperson said.