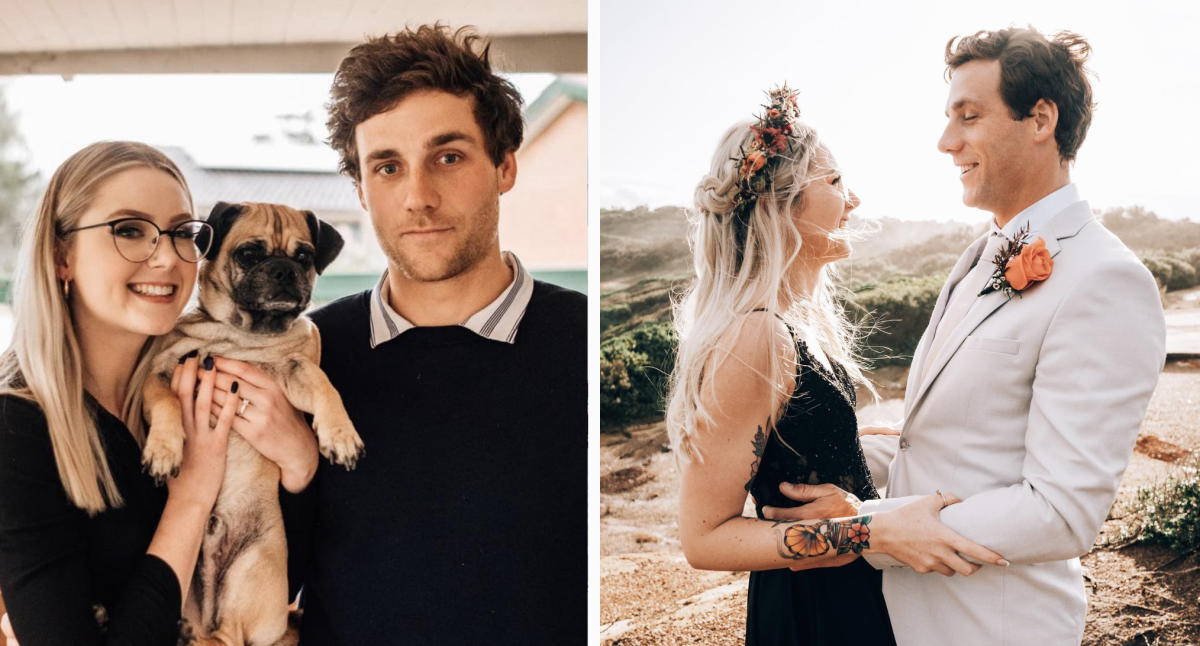 A devastated mum-to-be has spoken of her heartbreak after losing “the love of her life” just four months after they were married.

Shannen Rissel says her husband Connor “passed away unexpectedly in his sleep” last Thursday morning in Gorokan, on the Central Coast, after a short illness.

“He had become unwell and unfortunately his health declined over the past week,” she wrote on Facebook. “However, never did we expect this to happen. Some of his last words to me were, “I’ll be okay, I just need to get over this sickness and we’ll have a happy life.”

“Connor was the love of my life, he was the best husband, the best friend, the best family member, the best fur baby Daddy and he was going to become a father this year in August,” she said. “We are expecting baby Rissel, our baby bugle, and he was so, so excited to share this with everyone.“

Wait for autopsy to reveal what happened

The couple had been together for almost five and a half years when the 29-year-old died last week.

“I am so lost in how this is real and how this happened,” Shannen said before adding that she “won’t have an explanation until the results of his autopsy, which may not be for some time.

Thanking friends and family for their “overwhelming” love and support, she said, and her top priorities now were to look after herself and their baby.

“The memories that we have I will cherish forever and I will live the rest of my days reflecting on ways I can be more like him,” Shannen explained. “And when I welcome our baby into the world, he or she will be surrounded by everyone that loved him, to share memories about how beautiful of a person he was and his memories will live on.”

Donations flow in for baby Rissel

A GoFundMe page has since been set up in the wake of Connnor’s death to “help Shannen navigate this devastating loss.” Almost $36,000 has been raised in just four days.

“Connor would have had his 30th birthday this year, he would have become a father for the first time and he would have celebrated a first year of marriage,” the organiser Kirsty Watson wrote. “It’s so hard to comprehend why this has happened, as it happened so suddenly and has come as a huge shock to all that knew him.”

All funds raised will help contribute to giving Connor “the send off he deserves” and help Shannen have “the best start to raise their baby while she also processes this devastating loss.”