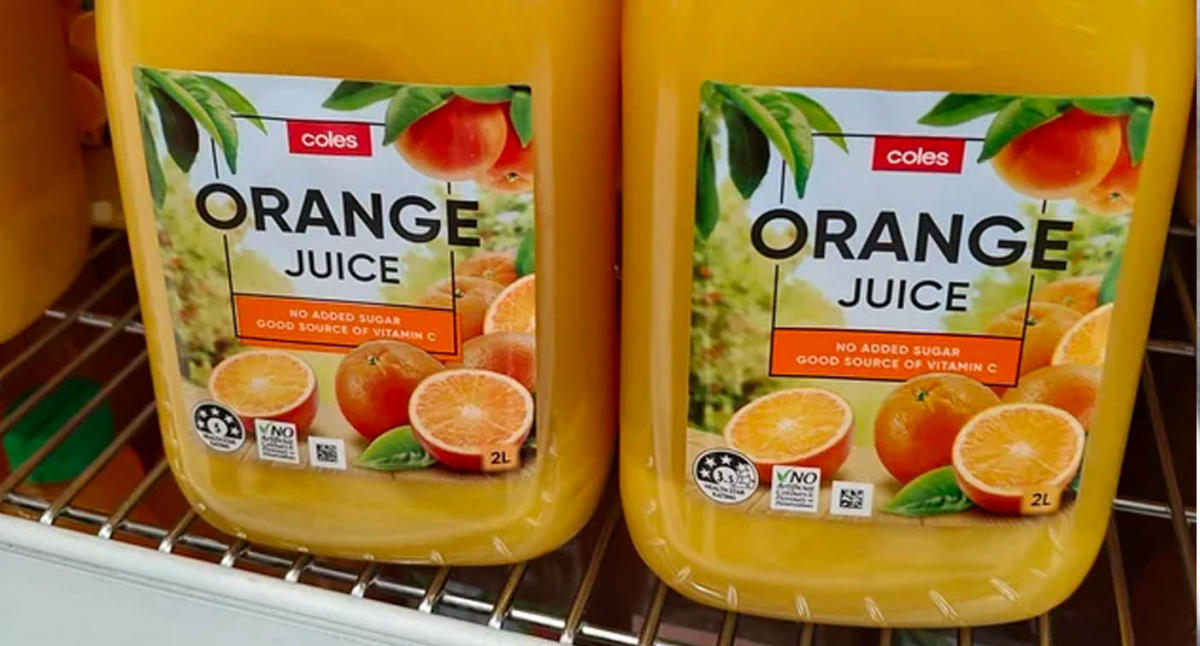 Coles has cleared up any confusion over why old Health Star Ratings may still be appearing on shelves despite a change in system more than two years ago.

One shopper was puzzled by identical products displaying vastly different ratings on Sunday and went in search of answers online.

Sharing a photo to Reddit on Monday, the customer showed two bottles of Coles Orange Juice on a shelf, one with a health rating of 5, and one with a rating of 3.5.

‘Something doesn’t add up,” they wrote. “All the ingredients and the calories are the same.”

It’s not the first time supermarket shoppers in Australia have been puzzled by such a find, with similar queries from customers at Woolworths.

“The change includes a greater focus on sugar, including natural sugars, and has resulted in lower ratings for many fruit juices,” a Woolworths spokesperson said last year.

Coles explains why old ratings may still feature on products

The change was implemented in November 2020, and supermarkets and other businesses were given a two-year window to phase out products with the old ratings which ended last November.

However items with a long shelf life produced before the new system was introduced are exempt, meaning they can be sold for up to 12 months beyond November 2022. The juice in question falls under this provision.

“As Coles 2L Orange Juice has a long shelf life, some stock with old labelling may still appear on shelf until it is sold,” a Coles spokesperson told Yahoo News Australia.

“We apologise for any confusion this may have caused some customers, and we have passed on this feedback to the relevant teams.”

The spokesperson noted Coles, like all other businesses, are a voluntary participant in the scheme to allow shoppers to “make informed choices about the food and drinks they buy”.

How the Health System Rating works

The Department of Health and Aged Care says the system considers four components of a food – energy, saturated fat, sodium and sugar – associated with increasing the risk factors of chronic diseases.

If two products in the same category have different ratings, the lower-rated product contains more of those components associated with increasing risk factors of chronic disease and/or fewer of those beneficial components.