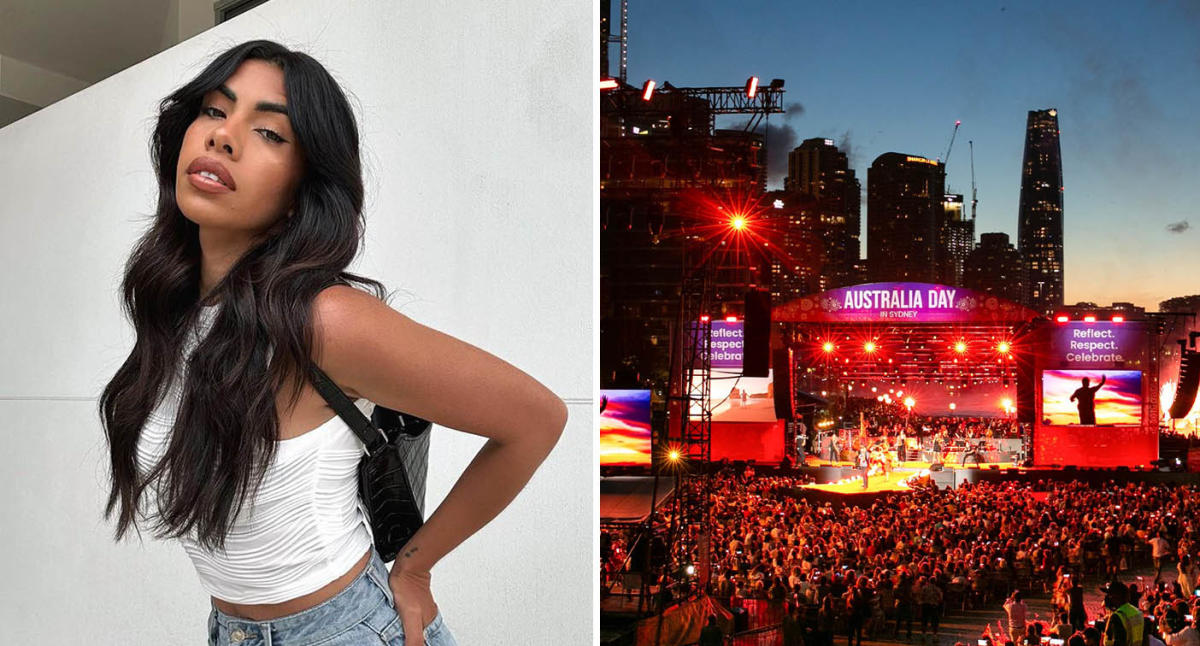 While some will flock to the pub or watch fireworks this Thursday, First Nations mum and influencer Fallon Gregory is one of many who is calling for Australia Day to be abolished.

The Kija and Bardi woman told Yahoo News Australia she fails “to see how people find the patriotism” in the day the majority of Australians “celebrate every year with fireworks and alcohol”.

The national public holiday on January 26 marks the anniversary of the arrival of the First Fleet in 1788 at Sydney Cove, but controversially the date also marks the beginning of colonisation of Indigenous Australians.

“First Nations mourning began upon the first settlement and the arrival of the first fleet which brought upon our people, our land and our culture mass genocide, dispossession, theft, loss and the abusive slavery of our people to build Australia what it is today,” Ms Gregory told Yahoo News.

“The date of so called ‘Australia Day’ celebrations only fell on the 26th of this month starting in 1994, changing over several times before with some old dates including months all the way up to July.”

Ms Gregory questioned why pubs and other public venues feel a need to put on events for the day.

“Not only are the event themes terrible and cringey, those venues are being opportunistic and jumping to profit off not only Australia’s large drinking culture, but again the celebration and patriotism of a date that impacted First Nations people for generations,” she said.

However she did acknowledge there is some positive change happening at organisations, such as Kmart refusing to stock or sell Australia Day themed products.

Having previously called for the date of Australia day to be changed, Ms Gregory now argues the public holiday shouldn’t exist at all.

“For previous years we’ve seen countless voices, slogans and merchandise calling to “change the date”, meaning changing the date of ‘Australia Day’ and its celebrations,” she said. “Today we call for Australia Day to be abolished. Regardless of the date, the celebration for the arrival of the first fleet and the atrocities that followed for our people is nothing to celebrate.”

Despite it being tiring to continuously educate people through her activism, Ms Gregory, who is a mum of two, said that “hope” is what keeps her going.

“Hope that my people, my communities, my mob and my children will one day soon live in a country that displays the correct knowledge and appreciation for the true history of Australia and the sovereign First Nations people of this land,” she said.

According to a 2023 poll by the Institute of Public Affairs with 1000 respondents, 62 per cent of Australians believe Australia Day should be celebrated on January 26. However the numbers have gone down over the years, with 69 percent believing it should be celebrated in 2021 and 75 percent in 2019.

Ms Gregory encouraged Australians to attend Invasion Day rallies and “do the work to become educated on issues surrounding First Nations people and our true history”.