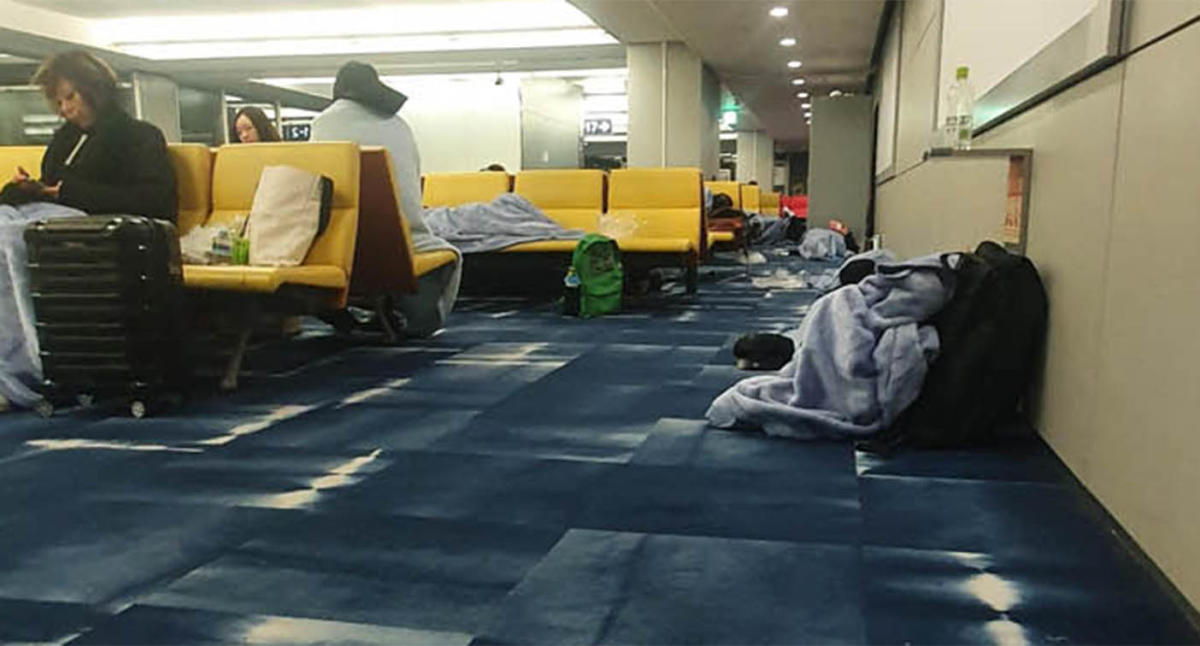 Jetstar passengers flying to Australia have been stranded overnight at an airport in Japan due to “heavy snowfall”.

One of the passengers awaiting their flight at Kansai International Airport in Osaka said it was due to depart at 9pm on Tuesday night but was rescheduled to the following afternoon, more than 16 hours later.

“My flight from Japan to Australia was delayed from 9pm to 1pm the following day,” they said on Reddit. “They gave us blankets and muesli bars instead of hotels.”

The disgruntled passenger, who paid $2500 return for the tickets, said “you get what you pay for”, but Jetstar revealed the snow was so bad people already inside the terminal were unable to leave.

No way out of Osaka Airport

A Jetstar spokesperson has confirmed to Yahoo News Australia the Osaka to Cairns flight was one of the many impacted thanks to the weather conditions.

“Due to heavy snow fall, the bridge connecting the mainland of Osaka to Kansai International Airport was closed overnight, preventing our crew from accessing the airport,” he said. “This caused a significant delay to our flight from Osaka to Cairns.

“Unfortunately, the bridge closure also meant customers already at the airport were unable to leave, meaning they couldn’t access hotels in the city. We know it would have been an uncomfortable night for our customers and we offered support by providing them with meals, water, and blankets.”

“Our crew is now on the way to the airport and the flight is due to take off in coming hours. We always do everything we can to avoid delays, but severe weather like this is out of our control.”

According to local media, more than 200 flights were cancelled due to the extreme weather.

Kansai International Airport has since recently tweeted that the “road closure has been lifted at KIX Access Bridge”.