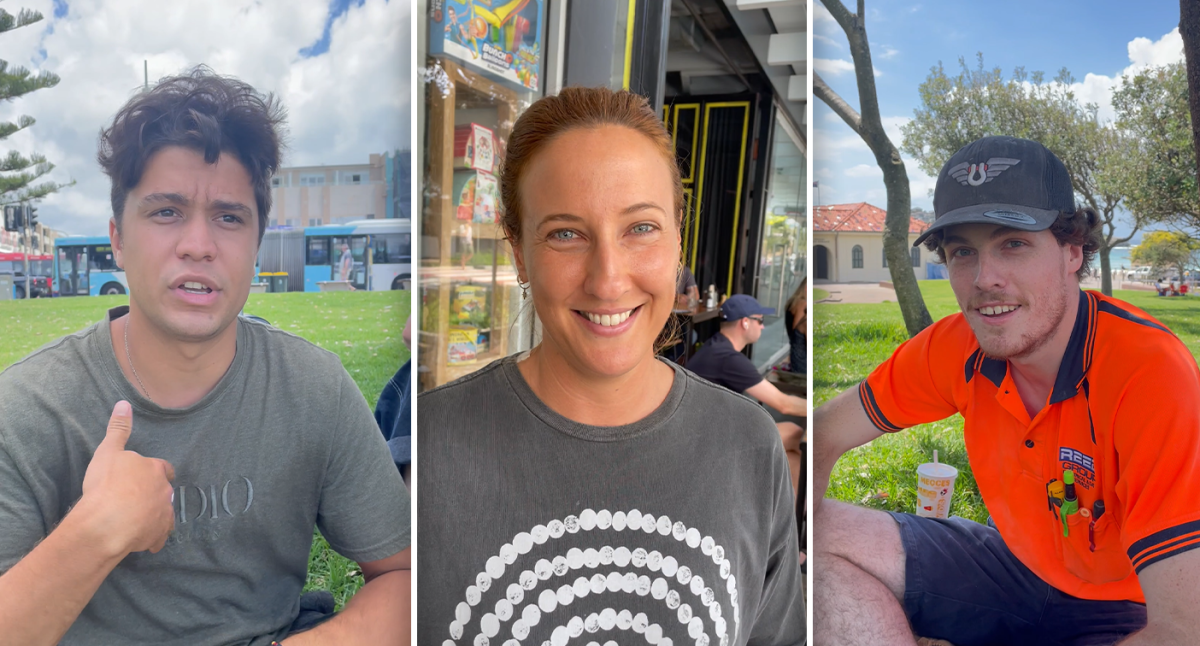 On the eve of Australia’s most divisive public holiday, we headed down to Sydney’s iconic Bondi Beach to survey what people think about Australia Day.

On Wednesday, as the temperature hit 26 degrees and people sat down for lunch, we spoke to eight random people from diverse backgrounds.

Despite sovereignty never being ceded, Sir Arthur Phillip claimed the continent as a colony for the British on January 26, 1788. Because Australia Day is held on this day, many First Nations people and their supporters have reframed it as Survival Day or Invasion Day.

Speaking to Yahoo News Australia from Bondi Park, Jahvis, a Dyirbal filmmaker, said it’s not time to change the date, he wants Australia Day abolished. “It’s a day of mourning for my people and a lot of people in this country. It’s a day that brings back a lot of trauma that’s been passed down through generations.”

Vanessa, a former Yahoo employee, was in front of a Hall Street café and wearing a T-shirt with an Aboriginal flag. She will not be celebrating the day “out of respect for the people whose lives have been super-affected by it.”

Why some are celebrating Australia Day

An elderly man walking along the boardwalk was adamant the date should not be changed. “It’s a very significant day for the foundation of Australia, and people complaining have got it all wrong,” he said.

Sheila stopped for a chat in front of the Bondi Pavilion and said she’ll be watching the celebration on television at home to avoid the large crowds. While she’s aware of the day’s controversy, she doesn’t think the date should be changed. “I think that we are all one nation and we celebrate together… we’re a diverse nation now.”

Wearing his work hi-vis, Harry had found a spot of shade and was eating his lunch. He said the day is simply a public holiday on which he can hang out with his mates. He doesn’t think most people care what Australia Day is about, and doesn’t mind whether the date is changed.

Colin, a British tourist, wasn’t aware Australia Day was controversial. “I take it it’s just a bank holiday and you all go to the beach and have a drink and swim,” he said. After being made aware of issues surrounding the day he conceded “I think the English are quite good at going to places and sort of taking over… (but) you can affect the future, you certainly can’t change history.”

Originally from France, Nolan is now an Australian. He might celebrate Australia Day with a few friends doing “classic Australian stuff” like having a beer and barbecue. Asked whether he’d like to see the date changed, his answer was simple “Why not?”

Kiwi beachgoer Craig didn’t think it was time to move the day, but rather “change what the holiday is about”. He thinks Australia is “miles behind” New Zealand when it comes to reconciliation. “Maori culture gets a lot more air time than what First Nations people have here.”

Bondi, which means water breaking over rocks, has been traditionally occupied by the Bidjigal, Birrabirragal and Gadigal people.