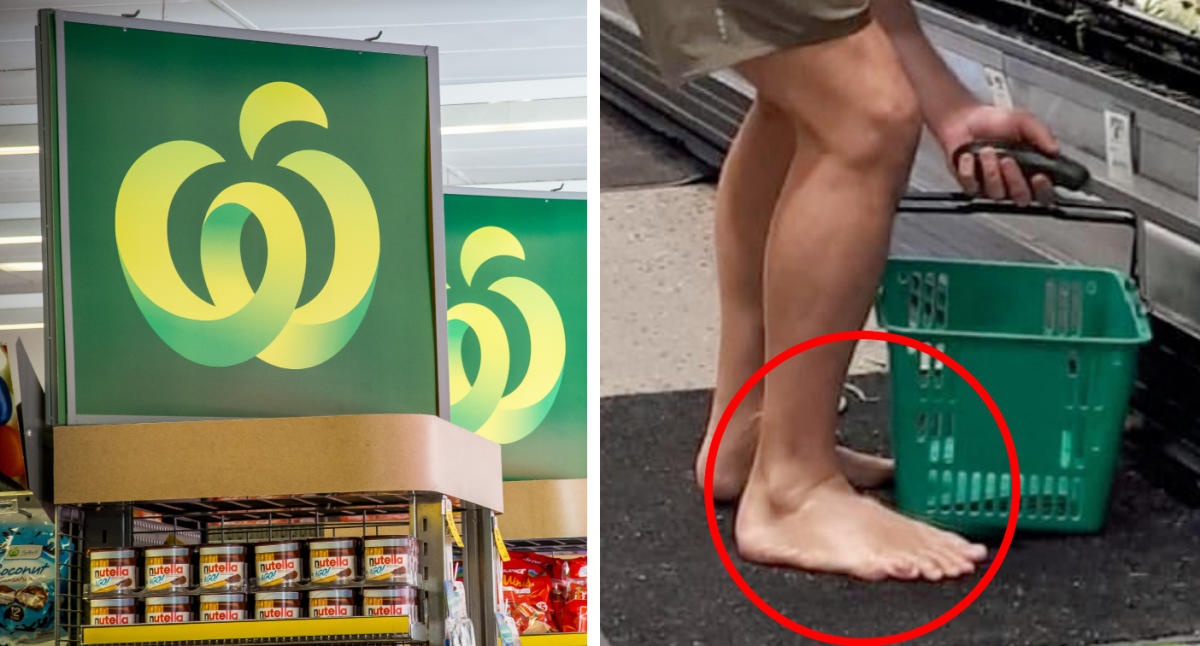 A Woolworths shopper is copping backlash after criticising another customer’s choice of attire.

“Is there a shoe shortage in Australia? How is this acceptable on a worksite Woolworths,” a shopper posted to the Woolies Facebook page alongside a photo of a barefoot man in the store’s fresh produce aisle.

Fellow customers were quick to defend the shoeless shopper, saying his choice of footwear (or lack thereof), was his business alone and no harm had been done. “He’s not putting his feet on the food is he?” one man commented. “How does this affect you in any way?” another shopper asked, while someone else joked that Woolies employees are “probably grateful he showed up wearing pants!”.

Meanwhile, other Facebook users called out the author of the post for not only complaining about the man’s bare feet but sharing a photo of his face on social media, especially as wearing shoes is not mandatory for Woolworths customers. “Creepy taking photos of random people doing their shopping,” one shopper commented.

This isn’t the first time supermarket fashion has rustled feathers. Back in 2021, an American woman’s compilation video of Aussies shopping barefoot went viral as she expressed her shock at the practice and noted that some customers appeared to have blackened soles.

Many shoppers at the time defended the habit as a time-honoured tradition and proud piece of Australian culture, especially in coastal locales, however some supermarket employees provided convincing reasons for putting on footwear before heading out for groceries.

“As someone who stacks shelves in a supermarket, you should always wear shoes – the amount of glass we break… and it doesn’t always get cleaned up properly,” commented one worker. “I work at Woolies and the amount of people who have urinated on the floor should encourage you to wear shoes,” added another.

More recently, a woman doing her evening shop at Coles raised eyebrows after she was photographed perusing the frozen food section in her dressing gown. “Has all dignity gone out the window when leaving the house?” asked a fellow shopper who was appalled by the outfit choice.