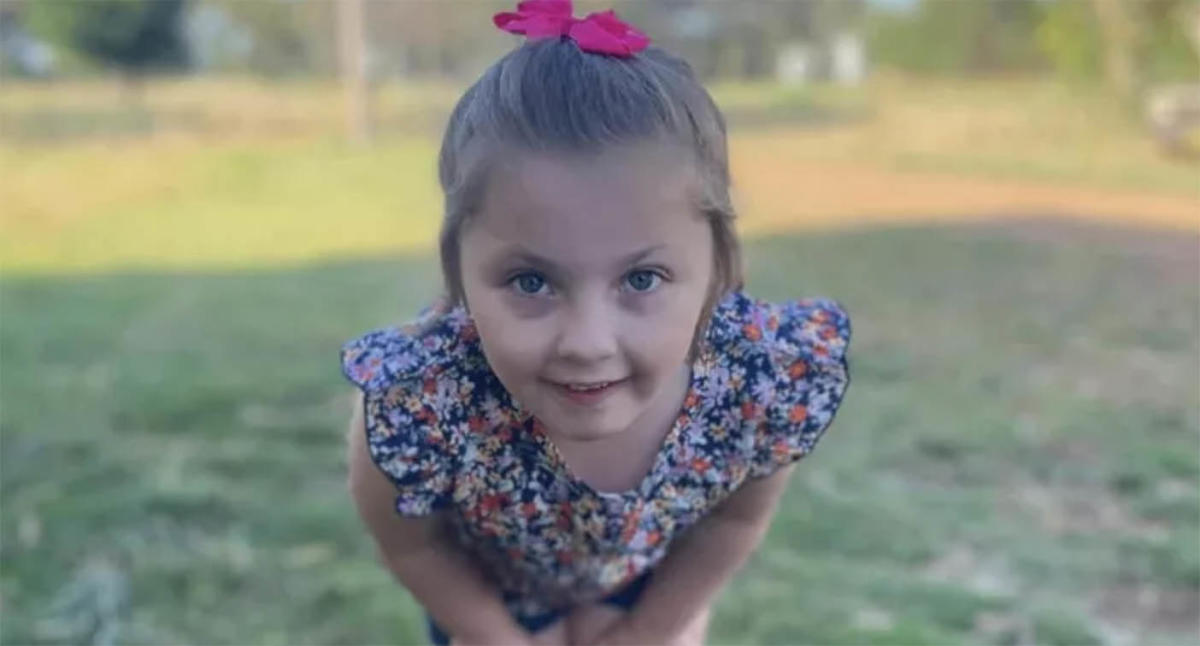 A NSW family has been left shattered after their five-year-old daughter died after choking on one of her favourite snacks.

After being picked up from swimming lessons by her mum in their home town of Canowindra in rural NSW, Imogen Lennon was in the car when the shocking incident occurred.

“Imogen’s mum Sam picked Imogen up from swimming lessons on the afternoon of (January) 16th,” family friend Tamara Harrison said in the GoFundMe.

“On the drive home, Imogen was happily eating a deli frankfurt (a favourite after swimming) and chatting away to her mum from the back seat, when she suddenly started choking.”

“Despite Sam’s heroic efforts, ringing an ambulance, the help of a passerby and eventually driving Imogen to the hospital herself (the ambulance was too far away to make it in time) beautiful Imogen passed away later at the hospital.”

In the GoFundMe, which has raised more than $21,000 out of the $25,000 goal for funeral costs, Ms Harrison described Imogen as a “bright, determined, loving and sassy 5-year-old.”

“To make sense of such a tragic loss in such a way is inconceivable, there are no words that could accurately describe how shattered Imogen’s family are,” she said. “It is impossible to imagine life without Imogen.”

“The burden of trying to find the money to pay for Imogen’s final resting place and a fitting celebration of her short life is a burden that I would like to remove for this family, while they deal with such an unthinkable tragedy.”

“I have a 5 year old and this really hit home,” one person commented in the GoFundMe. “I can’t imagine what you’re going through and just hope you guys can heal over time.”

A funeral will be held for Imogen on Saturday.

Sausages one of the most hazardous foods

Sadly, sausages are one of the most common foods that can lead to choking in young children, according to KidSafe Victoria.

“Hot dogs and sausages are one of the main choking hazards along with foods like nuts, grapes, raw carrots and other hard vegetables,” General Manager Jason Chambers previously told Yahoo News Australia.

“Some of those have skin, which makes them especially hazardous.”

He said that children under five years old are most at risk of choking, especially those under three who “don’t have their full set of teeth yet” and whose “airways are smaller”.