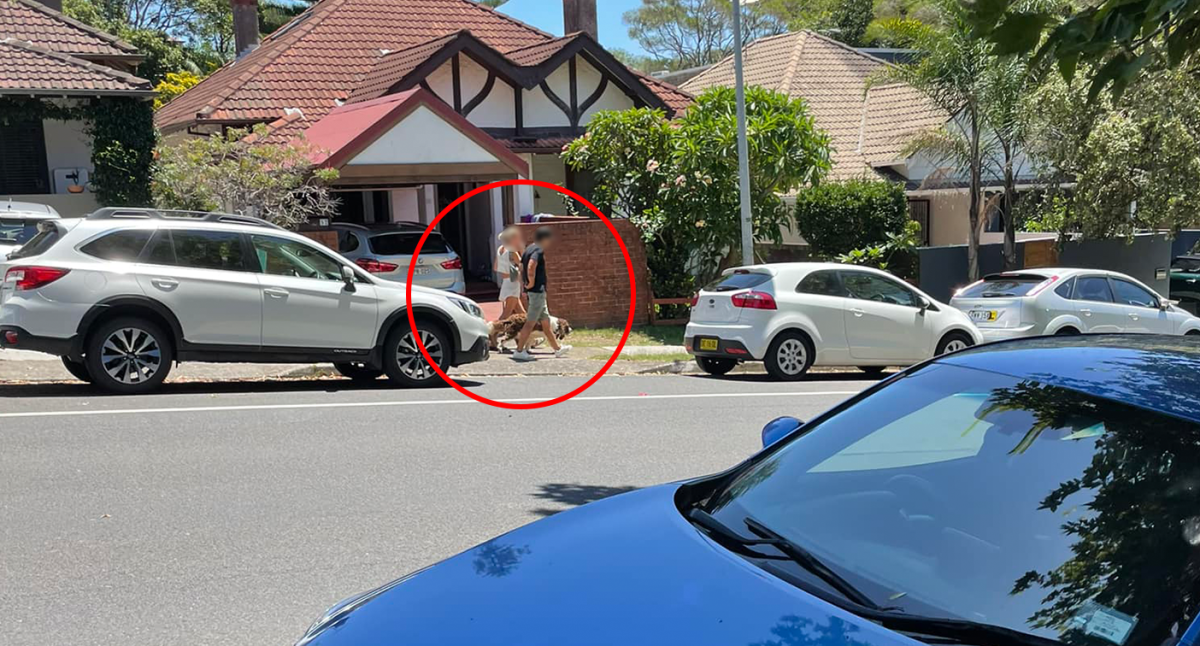 A Bondi woman was left feeling “angry” after stepping off the bus into the heat and witnessing a couple lead their dogs across a scorching hot road.

Following the incident on Thursday, Libby, who is in her thirties, took to social media to express her dismay, saying the dogs appeared to be in “visible pain” from the heat. “If you’re going to walk your dog right now, make sure to go barefoot in solidarity,” she wrote.

Online comments appeared to back Libby’s frustration, with one person calling the pair “idiots”. Another asked: “Seriously what is wrong with people?”

Speaking to Yahoo News Australia, Libby lamented not saying anything to the couple at the time, but said she was worried about being labelled “a Karen” – a derogatory term for people who interfere in other’s business.

“I actually feel guilty now for not saying anything to them,” she said. “I’d just come back from the (Invasion Day) march in the city and was already feeling quite emotional.”

Dog walking like ‘a cat on a hot tin roof’

After watching the pair walk their two dogs across Bondi Road from the Royal Hotel to the Corner House, she decided to take a photo, hoping to educate others not to do the same.

“You know when you walk across the road after the beach and you just end up kind of running and throwing your feet up? It was doing that,” she said. “It was quite literally like a cat on a hot tin roof.”

RSPCA NSW warns dogs paws can easily burn on hot pavement, asphalt or even sand. “One way to test if the ground is too hot is to use to Five Second Rule. Place the back of your hand on the surface for five seconds and if it’s too hot for you, then it’s too hot for your dog!” it recommends.

Dogs tied up in hot sun while owners swim

Dogs being tied up in the heat while their owners swim at Eastern suburbs beaches is also of growing concern.

Tamarama resident Andrea told Yahoo News Australia she saw a black cavoodle tied up in the full sun at nearby Bronte.

“I actually gave him a drink and moved him out of the sun,” she said. “A couple of people came up to me and said: We’ve been thinking about moving him, because we’ve been waiting for the owner to come back for 40 minutes.”

When the owner returned with his two kids, Andrea, who is heavily pregnant walked over and told him: “You can’t do that”.

Andrea said she would like to see council rangers across Australia fine dog owners who leave their dogs tied up in the sun. “It would be great if they had the power to speak with people and educate them,” she said.