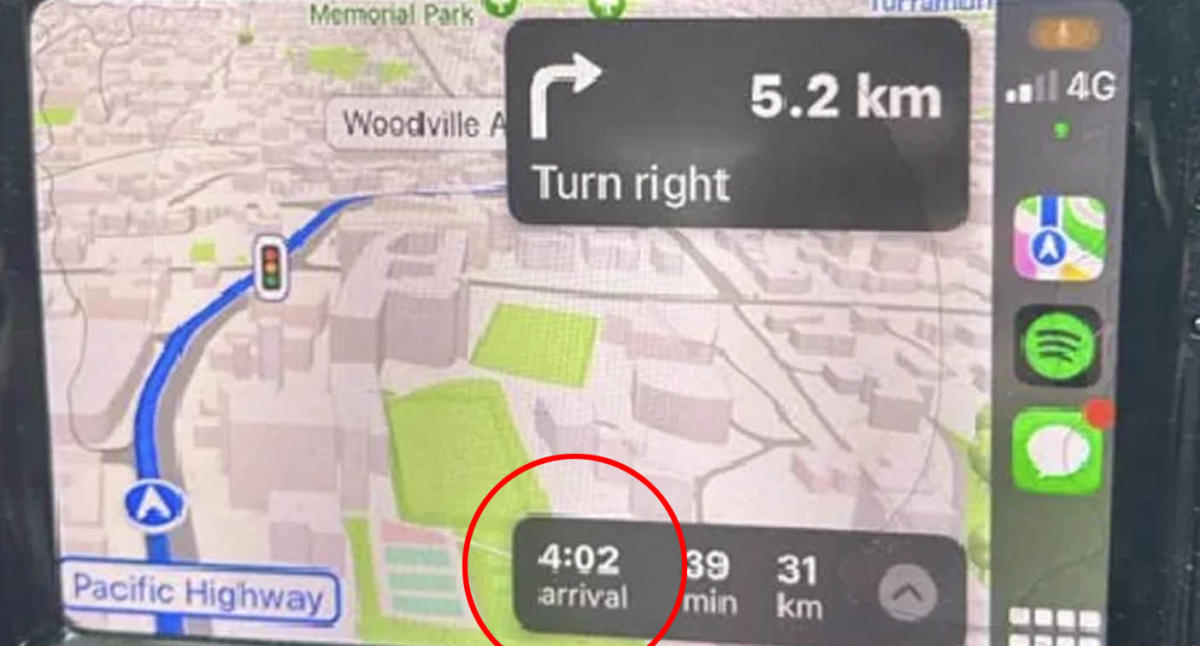 An exasperated Sydney driver has claimed they would’ve been charged more than $16 in tolls to save just two minutes on their journey, highlighting a major problem that is only getting worse.

The driver snapped a photo of the suggested route by Maps, which would take them through the 9km Northconnex tunnel from the M1 Pacific Motorway at Wahroonga to the Hills M2 Motorway at West Pennant Hills in Sydney’s north.

However an alternative photo of their navigation showed that the journey would only be two minutes slower if they took a non-toll route from the Pacific Highway, causing the driver to throw shade at major Australian-owned company Transurban that operates tolls in Melbourne, Sydney and Brisbane, as well as internationally.

“First picture was suggested route, second is ignoring >$16 worth of tolls,” they wrote. As well as there being a two minutes difference, the non-toll route would also shave 3km off their trip.

The driver wasn’t alone in their fury, with several people also commenting how much they have to pay for their journeys.

“For me to visit my parents its a $35 trip. 4 tolls each way. Absolutely outrageous,” one person said on Reddit.

“I accidentally drove onto Northconnex the other day after I got confused trying to follow my navigation, now my Linkt account is almost empty. Like a $45 Sydney trip just to visit a mate,” another commented.

Sydney most tolled city in the world

Given a lack of public sector funds, toll roads have been the government’s response to improving infrastructure and decreasing traffic by dipping into the private sector.

However with toll prices mostly increasing by four per cent every year, the government is now spending millions to offer drivers a Toll Relief Rebate.

According to the ABC, the large number of tolls cost Sydneysiders a whopping $2b last year, with Transurban pocketing more than $1b a year for themselves.

“The government isn’t a business, it’s there to provide infrastructure and services for everyone as equally as possible,” someone suggested on Reddit.

“Tolls disproportionately impact the poor. Sydney tolls are effing expensive and those who can’t afford to live close to work end up being punished financially,” another said.

How much do tolls cost drivers?

Out of the 22 toll roads in the country, NSW has 13, Victoria has three and Queensland has six.

While the cost of some depend on a set fee for the driver, others base the fee on the distance travelled. They also depend on whether the driver is in a Class A (motorbike or car) or Class B vehicle (trucks and heavy vehicles).

It is unclear what exact route the driver took to be possibly charged $16, however according to the NSW Government, the Northconnex tunnel charges people $9.06 for a Class A vehicle and $27.17 for a Class B.

The new M4-M8 connection that opened on Thursday at the WestConnex Motorway will cost motorists $5.60, the Sydney Morning Herald reports.

The post comes as one transport expert slammed the NSW government’s new toll relief package as a temporary fix and said private contracts for major roadways in Sydney will eventually need to be torn up.

The government unveiled a new toll relief package on Tuesday, giving 500,000 drivers access to up to $750 in refunds on road tolls.

Martin Locke, from the University of Sydney’s Institute of Transport and Logistics Studies, said it was “a band-aid solution”.

“It’s just a small amount of money designed to help impact affordability but at the end of the day, it’s very, very modest,” he told AAP.

“The real problem is the fact that with more roads opening now, with WestConnex and the Western Harbour Tunnel, people are going to be paying more tolls.

“Ultimately, we’re going to have to tear up all of the existing toll road contracts.”