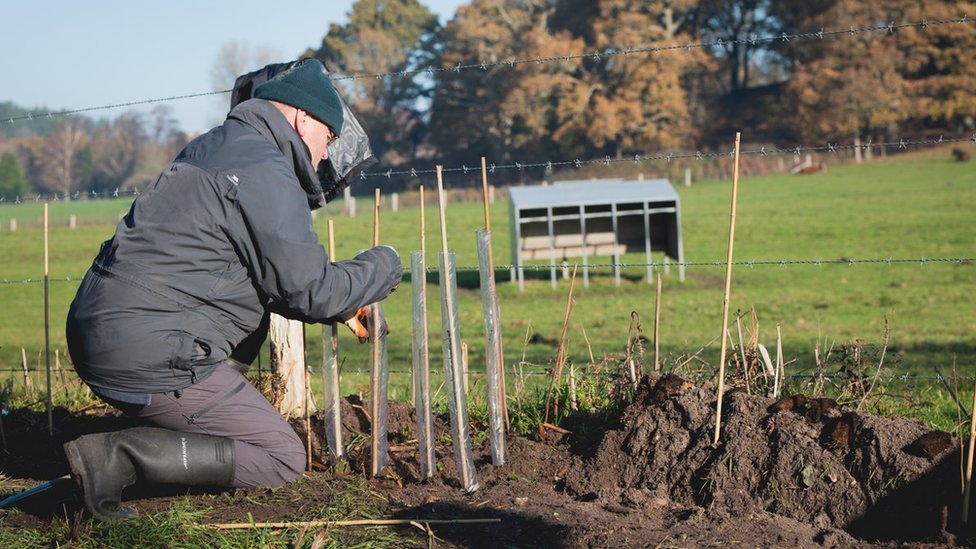 A wildlife-corridor hedgerow has been planted in honour of the late Queen Elizabeth II.

Volunteers planted hawthorn, hazel, rowan, birch and oak along the hedge line at Rockford Common, near Ringwood in the New Forest National Park.

It is hoped the hedge will provide a “protective corridor” for animals to move between habitats.

The planting was part of the Queen’s Green Canopy scheme set up to mark the Platinum Jubilee in 2022.

The roadside hedge had declined in recent years due to the effects of Dutch Elm Disease.

Paul Walton, of the National Park Authority, said hedges were a “vital part of the countryside’s ecosystem”

“A healthy hedgerow will be rich in species, including native shrubs and can provide bird-nesting sites as well as a home for some of our rarer animals, including hedgehogs and newts.”

The Queen’s Green Canopy – a nationwide project run by the Woodland Trust – aims to plant one million trees and hedgerows across the country as a living legacy of the late Queen Elizabeth II.