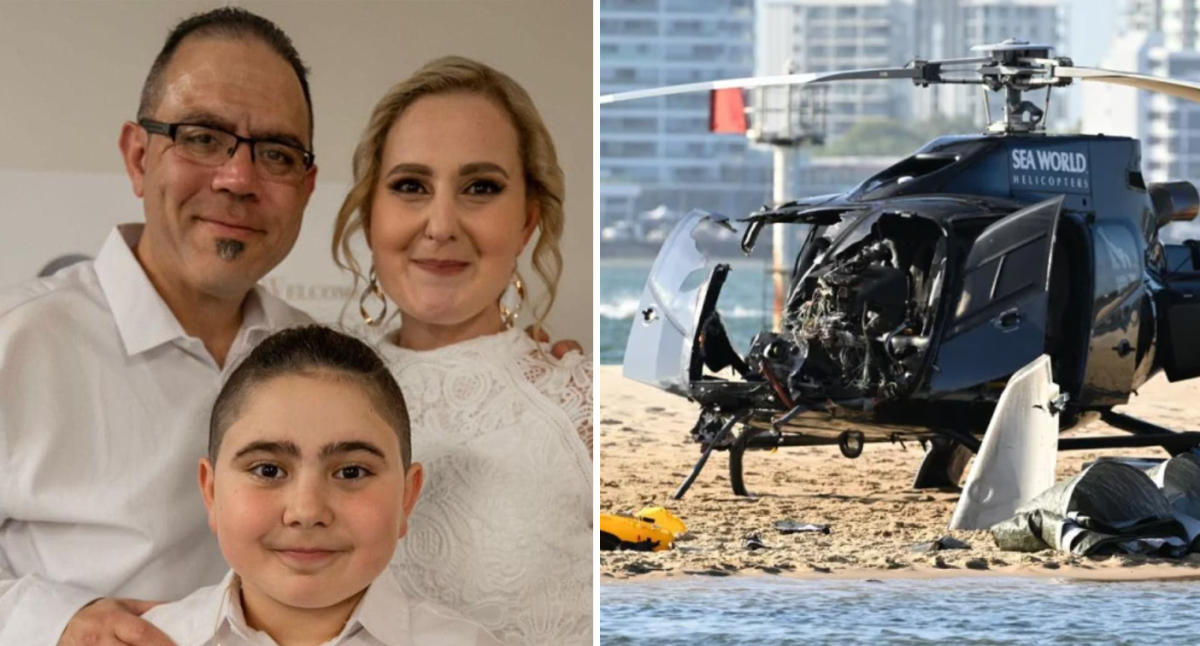 He survived the horrific helicopter collision that claimed the life of his mother and three others at Sea World on the Gold Coast, but now Nicholas Tadros is facing a tragic setback.

At the beginning of the year, 10-year-old Nicholas was enjoying a family holiday when a helicopter joyride ended in tragedy as their chopper collided with another.

Nicholas was rushed to hospital where he has remained since the crash on January 2, missing his mother’s funeral in Sydney.

He has reportedly been making good progress in hospital, however, there has been a setback in his recovery.

In a Facebook post shared by family friend Charlie Bakhos, it has been revealed that surgeons are considering amputation of the young boy’s foot.

“Nicholas’ operation couldn’t be completed today and have comeback with some sad news. Nicholas may need to have his right foot amputated,” Mr Bakhos wrote.

Mr Bakhos has arranged several community prayer sessions since the crash and has had frequent communication with Nicholas’ father Simon Tadros, who was the source of the recent sad development.

Mr Tadros was not in the helicopter but reportedly witnessed the collision.

The community prayer sessions have either been held in Western Sydney, where the family is from, or have been performed online to encourage as many people as possible to share their well wishes. The family friend has kept the community informed with updates on Nicholas, sharing regular posts outlining his recovery.

Another family friend named Rochelle Fajloun created a GoFundMe page the day after the crash in honour of Nicolas’ mother, Vanessa.

She stated that all proceedings would be gifted to Mr Tadros to go towards medical bills and would also offer financial assistance during a time when he cannot work. The fundraiser has exceeded its target of $50,000, with more than $63,000 currently raised.

Mr Tadros has thanked the community for their continued support and prayers.