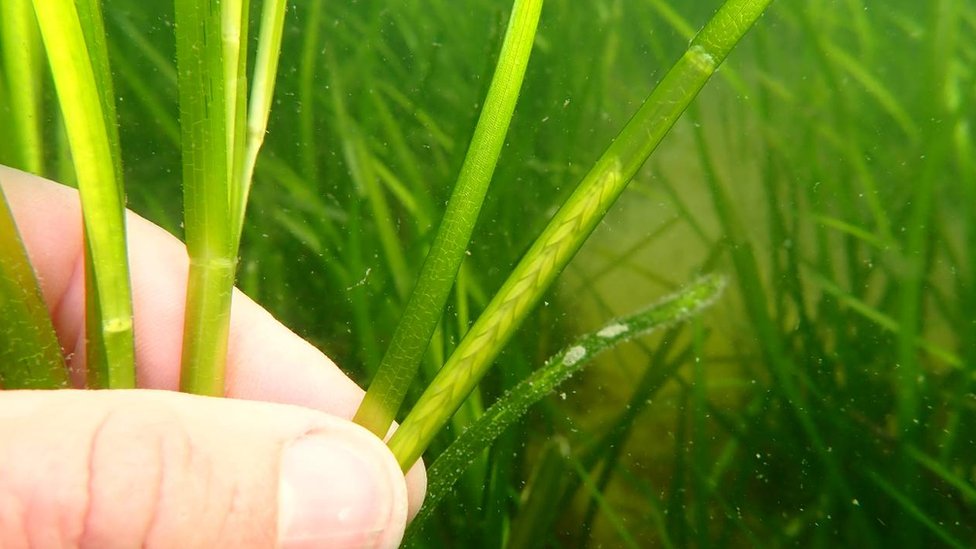 The first round of a seagrass planting trial on a project in a Cornish river estuary has been completed.

Seagrass captures carbon from the environment up to 35 times faster than tropical rainforests, but has declined hugely in the last century.

More than 4,000 seeds were collected last summer, although experts believe the yield was affected by hot weather.

“These extreme conditions may have affected the seagrass meadows on site, but it’s an unknown as to what those short-term and long-term impacts will be. That’s why our research is so important.”

A group of volunteers have spent more than 120 hours collecting and planting seeds.

It is hoped the project will expand, with plans to plant an area 10 times the size of the one used for the first round of trials.

Ms Pipe said: “It’s not easy – seagrass restoration is an incredibly challenging task, one that experts all around the world have been working on and refining for decades now.

“There are still many unknowns, particularly for the species of seagrass that we’re focusing on which is only found high up estuaries.”

In the UK, approximately 92% of seagrass was lost in the last century.

If the project is successful, CWT hopes the project could lead to large-scale restoration and planting of seagrass in Cornwall’s estuaries.