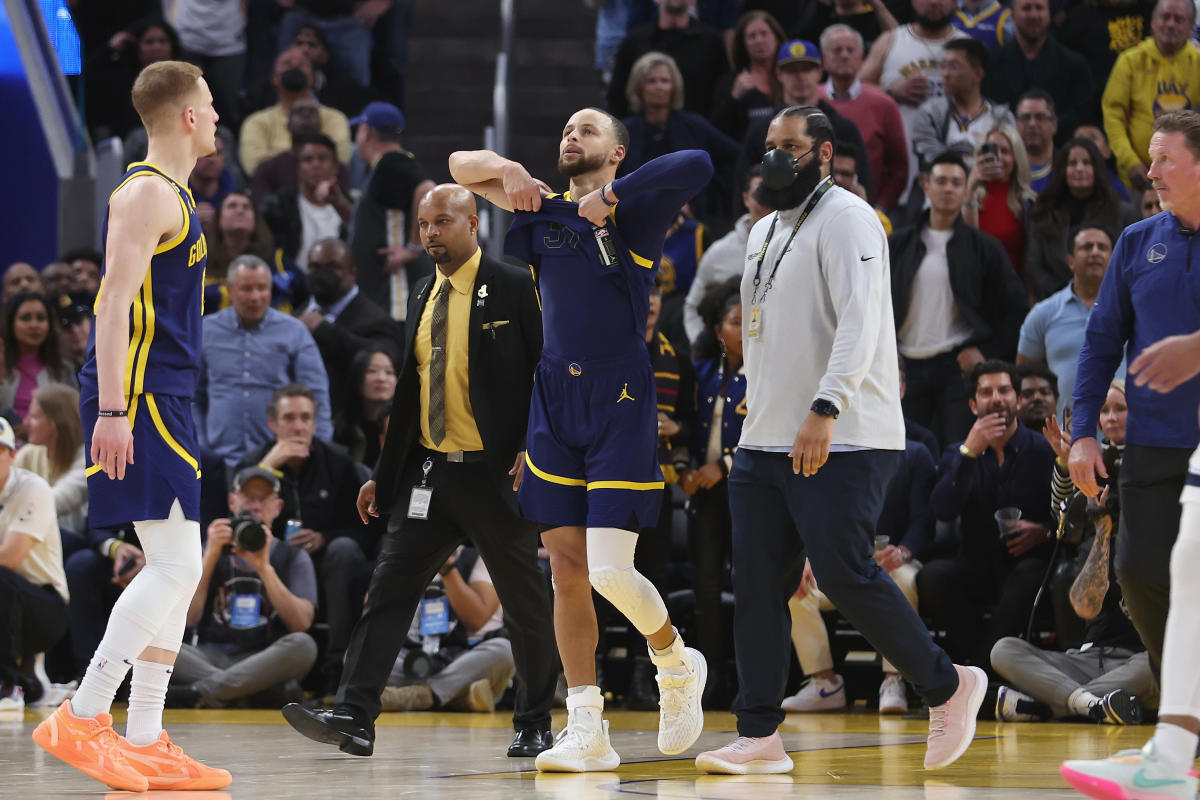 After seeing teammate Jordan Poole take it, and miss it, instead of passing it to him on the logo at the Chase Center late in their 122-120 win over the Memphis Grizzlies, Curry lost it a bit.

The Golden State Warriors star took out his mouth guard and threw it down the court out of frustration as he was running back on defense, which led to a quick ejection.

While Curry’s reaction wasn’t toward the officials, it didn’t matter. They hit him with a technical foul and threw him out on the spot. He finished with 34 points and shot 10-of-19 from the field in 35 minutes.

Poole didn’t seem to realize why Curry was so upset after the game, either.

“I didn’t see what happened at the time,” Warriors coach Steve Kerr said, via NBC Sports. “When the ref called it, I was confused. Then the coach told me he threw the mouthpiece down out of anger … He knows he can’t make that mistake again.”

The ejection came with the Warriors holding a two-point lead and only 73 seconds left in the game, too.

Though Curry didn’t get to see it in person, Poole more than made up for his missed shot in the end. Poole sank a heavily-contested layup on an inbounds pass with just one second left to give the Warriors the two-point win.

While things were tense on the floor, the two seemed more than fine in the tunnel after the win.

Ja Morant led Memphis with 29 points and 13 assists in the loss while shooting 10-of-20 from the field. Desmond Bane added 20 points, and Brandon Clarke finished with 19 points and eight rebounds. The Grizzlies have now lost four straight on the heels of an impressive 11-game win streak.

Outside of Curry and Poole, Klay Thompson added 24 points for the Warriors in the win. Jonathan Kuminga was their only other player to hit double digits with 13 points. The win lifted Golden State to 24-24 on the year, and was its fourth win in seven games.