The world’s greatest football players gathered in London last month at The Best FIFA Football Awards. Among them was an 18 year old man from Saudi Arabia named Mosad Aldossary, rubbing shoulders with the likes of Luka Modric and Sergio Ramos.

He wasn’t up for an award, but he’s most certainly at the top of his game. ‘Msdossary,’ as he’s known in the esports world, won the FIFA eWorld Cup at the O2 Arena in London in August. 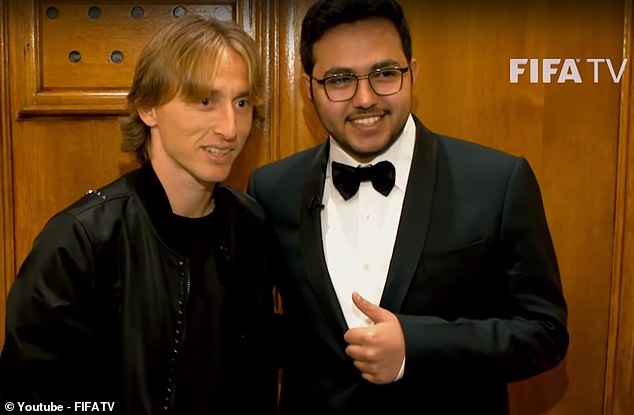 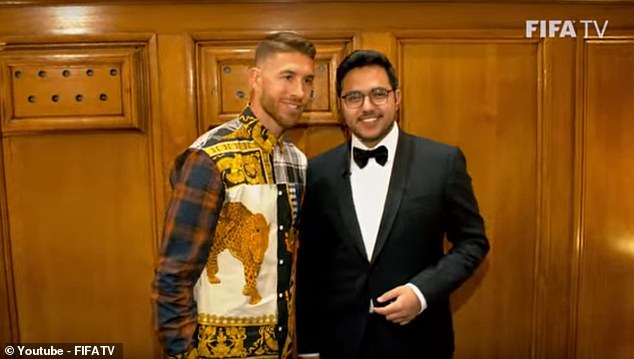 Msdossary was recently at The FIFA Best awards, rubbing shoulders with Sergio Ramos and co. 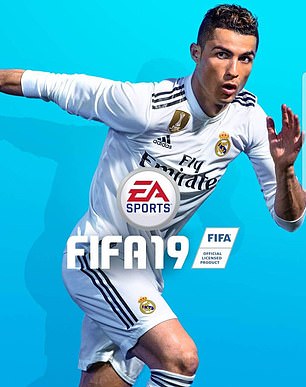 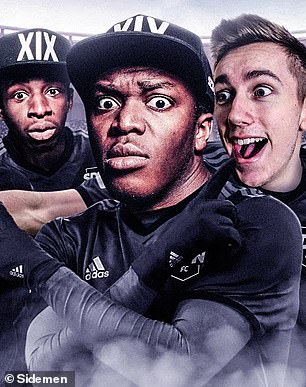 That accolade goes to the FIFA YouTubers and Twitch streamers. Our parents told us to stop playing video games all day, but these are the people who didn’t listen. Now, they’re making serious money.

Real name Olajide Olatunji, KSI is a YouTube sensation. Since starting out making small FIFA videos, he’s now got nearly 20 million subscribers and reportedly earns up to £2.9 million per year.

He has several rap EPs, he’s starred in a movie alongside fellow YouTuber Caspar Lee, and is now the ‘YouTube boxing champion,’ having defeated Joe Weller and drawn with Logan Paul in the ring.

KSI is part of the Sidemen, a group of British YouTubers. They all drive luxury cars, travel around the world in style, and four of them live in a mansion together.

That’s not a reason to quit school and sit in front of the PlayStation or Xbox all day though. These young stars of the Internet are very good at what they do, whether it’s simply playing FIFA or writing and editing videos. They’re also incredibly good at self promotion.

Take KSI, real name Olajide Olatunji, as an example, one of the most famous British YouTubers. He started out on YouTube in 2011. He now has nearly 20 million subscribers and his videos have achieved over 4 billion views. These days, his occupation is listed on Wikipedia as: ‘YouTuber, rapper, video game commentator, comedian, actor, amateur boxer.’

He’s released rap albums. He’s starred in a movie. You may have seen his fight with fellow YouTuber Logan Paul, which had over one million pay per view buys, and many more millions watched it online afterwards.

KSI reportedly earns £2.9 million per year from sponsorships, merchandise sales, and advertising revenue, and it was FIFA which made him famous. Going from making small goal and skill move highlight videos, to comedy skits, including a period of controversy – something which it seems is becoming a norm for the Internet’s biggest names (see: Logan Paul) – KSI is now a global superstar. 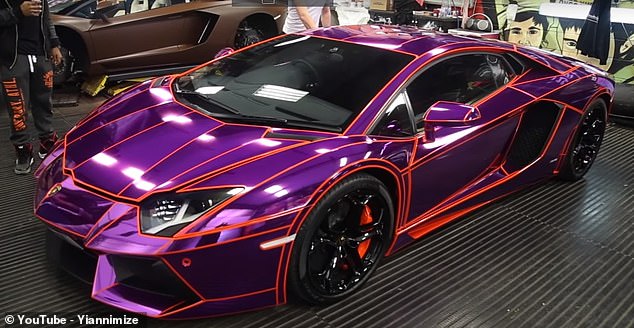 Here’s the custom Lamborghini KSI had made a few years ago, he even made a song about it 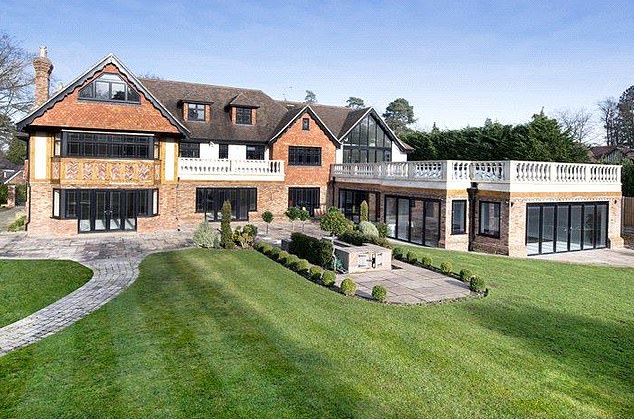 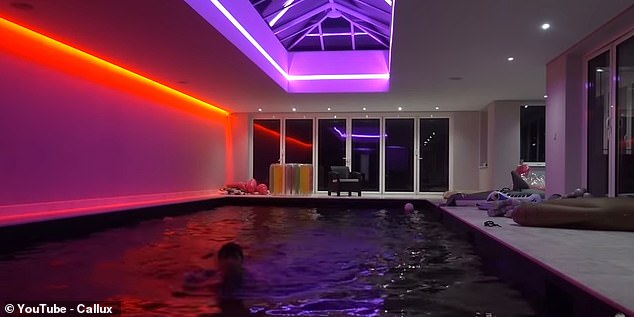 Inside the Sidemen’s multi million-pound mansion there’s a swimming pool, gym, and more

He’s part of a group of YouTubers called the Sidemen, most of whom also made a name for themselves playing FIFA and other video games. Four of them live in a luxury mansion, complete with roof terrace, gym, swimming pool, and a huge garden. They drive cars like Lamborghinis, Audis, and Aston Martins.

Most YouTubers make money by signing up to the ‘YouTube partners program’. YouTube places ads before and during your videos and split the revenue 55-45% in the users favour.

It’s hard to put an exact number on how much people make but uploaders make roughly between £1 to £3 for every 1,000 views they generate, although the biggest names will earn more. KSI has logged 4bn views since he started uploading

The biggest stars also have sponsorship deals and merchandise sales on top of their YouTube earnings, and will be making millions per year.

The likes of Msdossary and Spencer ‘Gorilla’ Ealing, last year’s FIFA World Champion, are extremely good at FIFA, and it’s a full time job to be this good. Esports pros are signed to teams, and the best players are on big contracts.

Msdossary won £200,000 from the FIFA eWorld Cup, but that was just one tournament, there are many more throughout the year. Gorilla had a pretty disappointing year by his standards, but he still took home over £30,000 in prize money alone.

It’s also a full time job being a successful YouTuber. A video which is just a few minutes long might take hours, or even days to film and edit.

And people love watching them do it. Whether they’re watching Gorilla streaming his top tier FIFA play, or watching Harry ‘wroetoshaw’ Lewis opening packs of players in FIFA Ultimate Team, it’s a form of entertainment.

Now, the Premier League and EA Sports have teamed up to introduce the ePremier League. The best FIFA players in the country will have the chance to represent the real world clubs, and earn money doing it. More avenues for players to earn money doing the thing they love are opening up all the time. 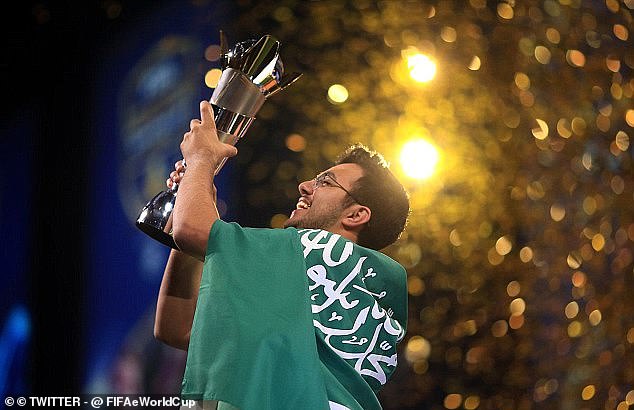 Msdossary won the FIFA eWorld Cup, taking home $250,000 from just that one tournament 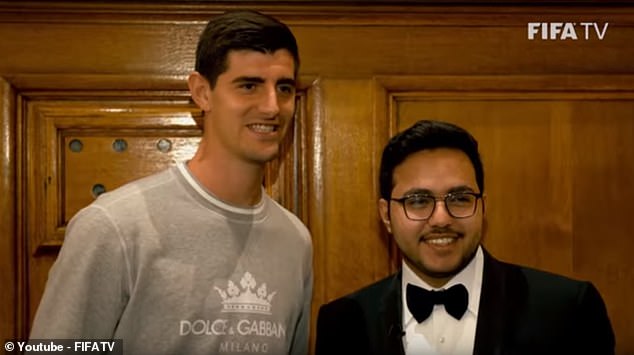 To earn money you’re going to have to put the time in, it’s a full time job being good at FIFA

If you want to get new players for your Ultimate Team in FIFA, you need to spend FUT coins. You can either buy card packs containing random players and hope to get lucky, or you can buy players directly on the auction house.

Understandably, players need a lot of coins in order to make the best team. However it takes a long time to earn them in-game.

So, websites sell coins directly for real money, but it’s not a practice looked upon favourably by EA Sports.

However, you don’t have to be famous to earn money playing FIFA. You don’t even have to be that good at the game.

Game makers EA Sports are firmly against the practice, but there are ways you can earn real world money by selling your Ultimate Team coins on the FIFA black market. It’s big business, and although EA try to combat it, it’s almost impossible.

These are websites out there where you can buy coins to add to your FIFA account. There are also websites where you can sell coins. If you’re lucky enough to pack a Cristiano Ronaldo, an Icon, or another extremely rare card, most people would use them in game.

Others might sell them on the FIFA auction house, and then offload the huge amount of coins for real world cash. You can even sell your entire FIFA account on eBay if you’re done with it. You’re not going to become a millionaire this way, but it’s pretty easy to make a profit if you’re willing to bend and break some rules.

But to make the big money, you’re going to have to put in the time, the dedication, and maybe get a bit lucky along the way.