May 21, 2022 0 comment
Home Australia Inside the Sydney apartment block where walls are CRACKING and an engineer fears it could collapse #englishheadline #Sydney #apartment #block #walls #CRACKING #engineer #fears #collapse
Australia

A Sydney apartment building has been described as being ‘highly vulnerable’ to collapsing and a ‘risk to occupants’ with huge cracks appearing in its foundation.

The 100-flat, ten-storey Vicinity complex in Canterbury in western Sydney was only built six years ago but an engineer said a collapse could cause ‘catastrophic damage’.

The developer, Toplace Group, has dismissed results of the report and fears of the building collapsing, after a structural engineer warned the heavy cracking ‘gives rise to a risk of collapse without prior warning’.

The report went on to say the building had a ‘magnitude of support deficiencies’ that put it at severe risk of collapse if there were an earthquake.

‘The risk of collapse due to seismic action would be severe,’ it said. 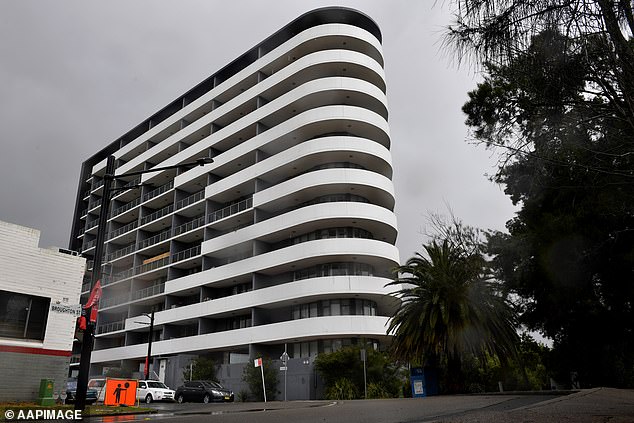 The 100-flat, ten-storey Vicinity complex in Canterbury has been described by a structural engineer as being ‘highly vulnerable’ to collapsing in a report

A structural engineer was hired to review the building after hearing from a number of concerned residents who had noticed the massive cracking on the complex’s structure, according to a report by the Sydney Morning Herald.

An apartment owner, Corrie Ford, said her and her partner have packed up half of their belongings in expectation of being evacuated.

‘We don’t feel safe and comfortable in our own home anymore,’ she said.

‘It’s very stressful. It seems like everything that is wrong with the building has coalesced into this.’

Another owner said they had ‘saved up for quite awhile’ to be able to purchase an apartment in the building and were still paying off their mortgage.

They were among 50 owners who attended a meeting last week where they were informed of the report’s findings. 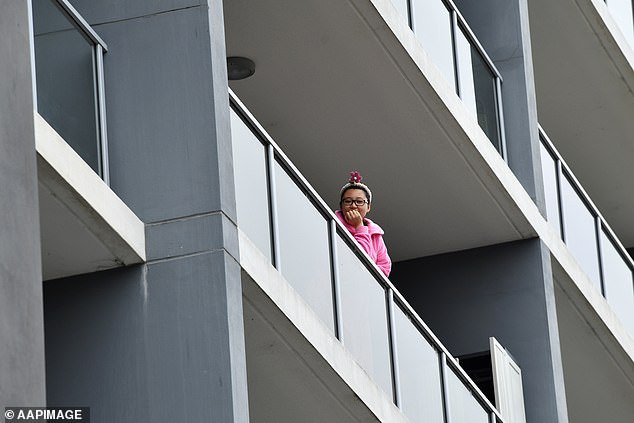 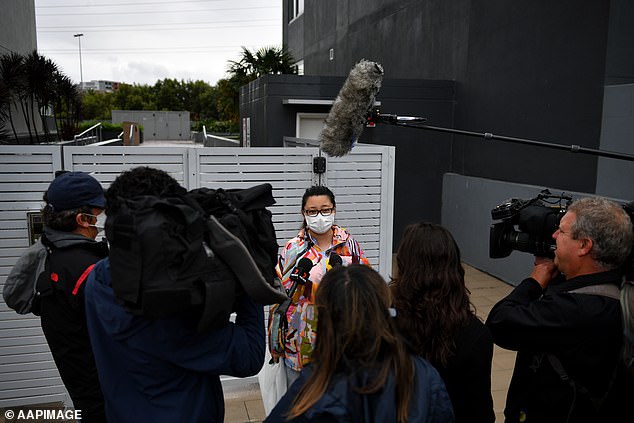 Toplace, the developer of the Vicinity building, agreed to pay $11million to fix future defects at another apartment building in Castle Hill just three months ago, while also agreeing to guarantee its structural integrity for the next 20 years.

A spokesperson for the company told Nine News the building had been inspected by the NSW Government and that ‘no orders’ had been made regarding it.

After an emergency inspection there was found to be ‘no immediate safety risk’ to the occupants, saying the initial report from the structural engineer was ‘incorrect’.

‘Toplace has received technical advice that the report by Rothshires has been formulated using obviously incorrect assumptions resulting in incorrect conclusions on the stability of the building,’ the spokesperson said.

‘Toplace’s expert technical advice is that the risk to the building in the Rothshires report does not exist – the report is simply invalid.

‘The building’s structural integrity has been certified by engineers that have complete information on the building.’

Videos from the basement of the complex however appear to show massive cracks forming, with residents deeply concerned.

The report from the structural engineer also noted there are risks to two nearby apartment blocks that would in danger should the building collapse.

Toplace, the developer of the Vicinity building, agreed to pay $11million to fix future defects at another apartment building in Castle Hill just three months ago

It comes amid a damning report warning that more than 25 per cent of the apartment blocks built in the decade to 2017 likely are riddled with defects.

A three-year report compiled by researchers at the University of New South Wales’ City Futures Research Centre looked at 635 strata buildings in Sydney.

The ‘Cracks in the Compact City’ report, released on Thursday, found the biggest issues with the blocks included water problems (42% of builds), cracking (26%) and fire safety issues (17%).

The report found 26% of all the buildings examined had defects, although the figure was much higher (51%) with apartment blocks that had proper documentation.