By Adrian Kajumba For Mailonline

Jadon Sancho showed he had the virtual skills to match his real life ones as he returned to London to help launch FIFA 20 and celebrate becoming one of the faces of popular computer game.

Fresh from scoring his fourth club goal in just eight games in Borussia Dortmund’s 2-2 draw at Frankfurt on Sunday, England star Sancho – who hails from South London – put on a Mayfair bash ahead of Friday’s global release of the latest edition. 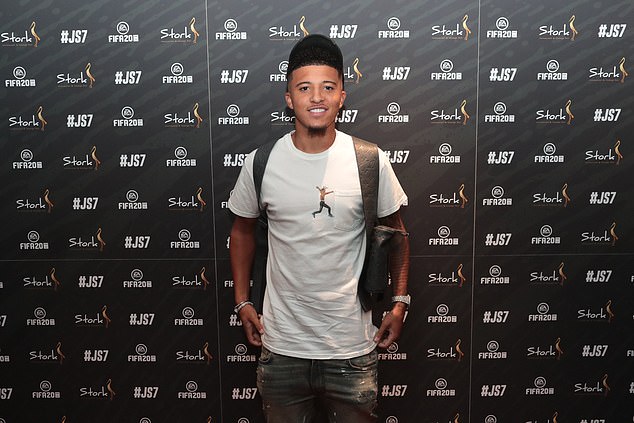 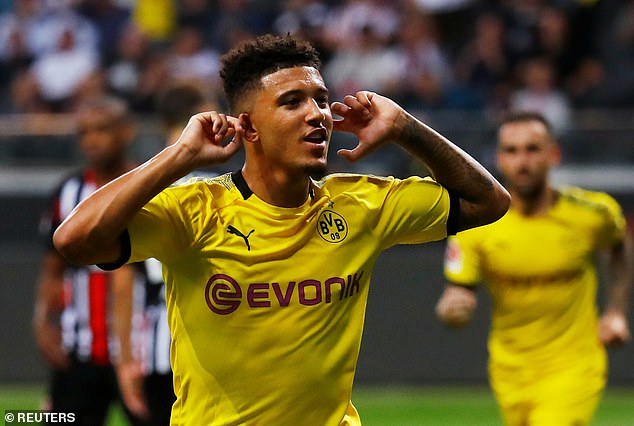 (Stats taken from the Bundesliga only)

And his involvement in FIFA 20 as one of the new ambassadors of the game is the latest confirmation of his status as one of football’s biggest names.

He marked his partnership with games makers EA Sports by hosting his own private launch event at Stork Restaurant earlier this week.

‘From being a little kid in South East London it was always a dream to be in the cover of FIFA,’ Sancho said when the link up was revealed. 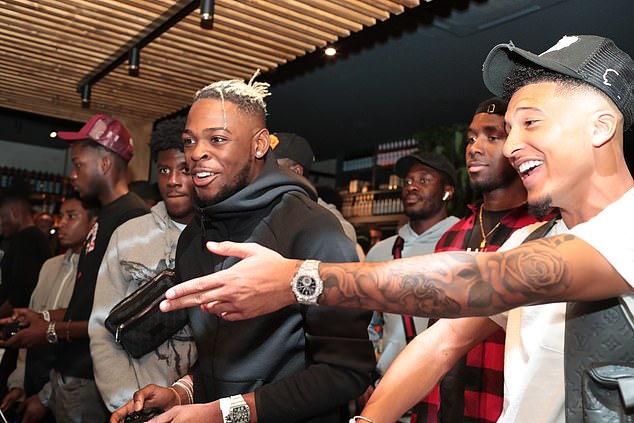 The England international beat all his guests at the bash, including music star Yxng Bane 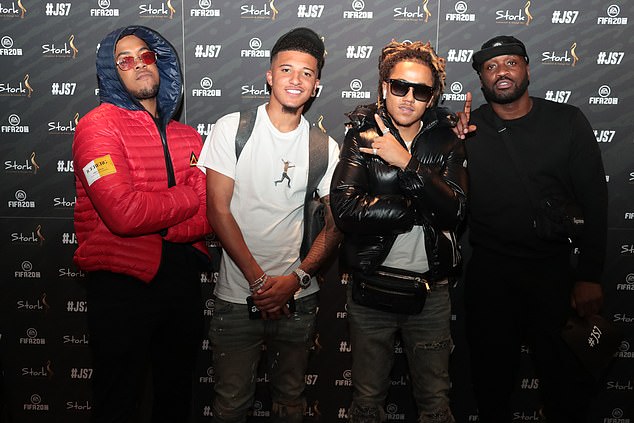 Sancho took on and beat all comers, playing as teams including Dortmund, as a number of challengers tried but failed to claim a prized scalp before he mingled with guests at his star-studded party.