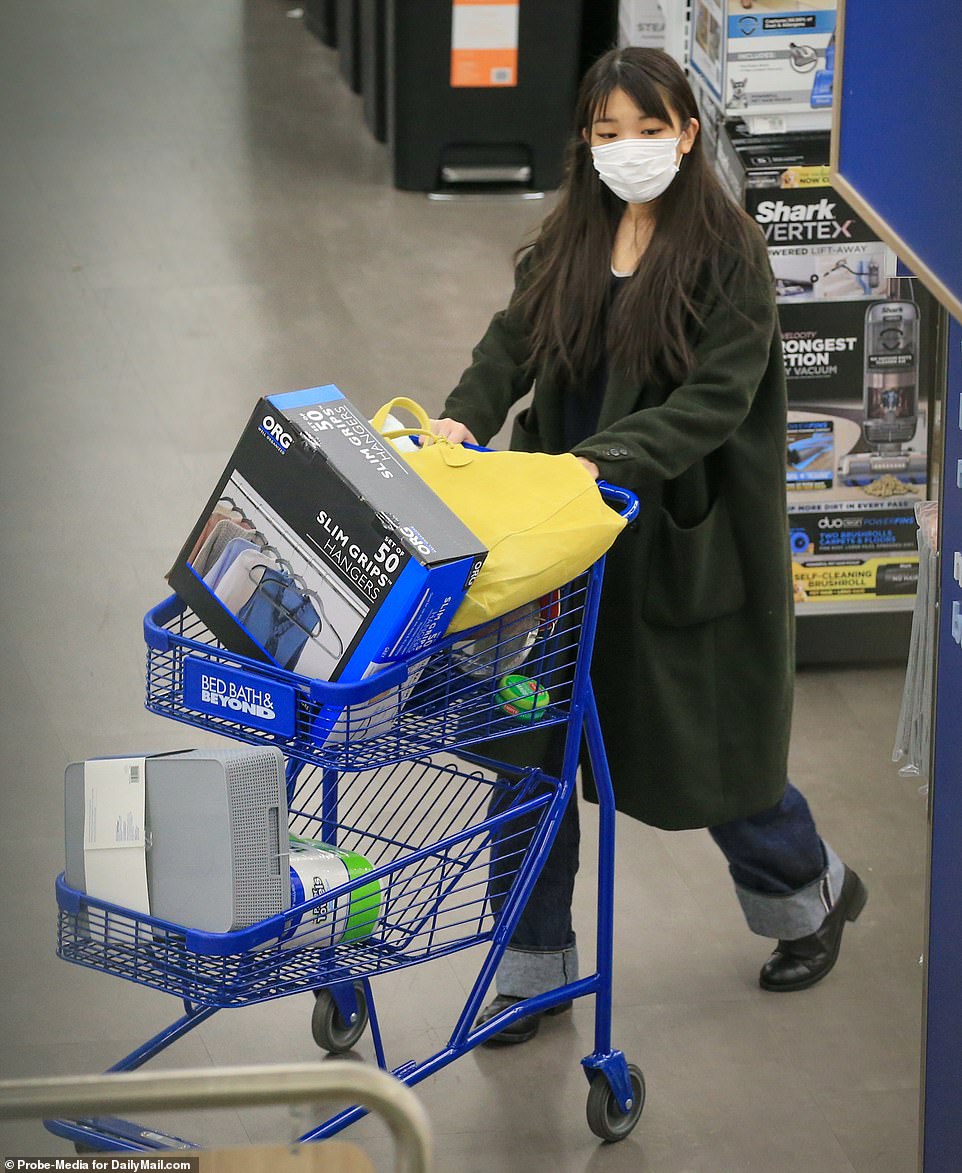 Princess Mako from Japan is getting her first taste of life as a commoner in New York City where she’s now living with her new husband, Kei Komuro, after sensationally giving up her royal title last month. The eldest daughter of Crown Prince Fumihito and niece of reigning Emperor Naruhito was spotted over the weekend for the first time since trading Tokyo’s Imperial Palace for the bright lights of the Big Apple. 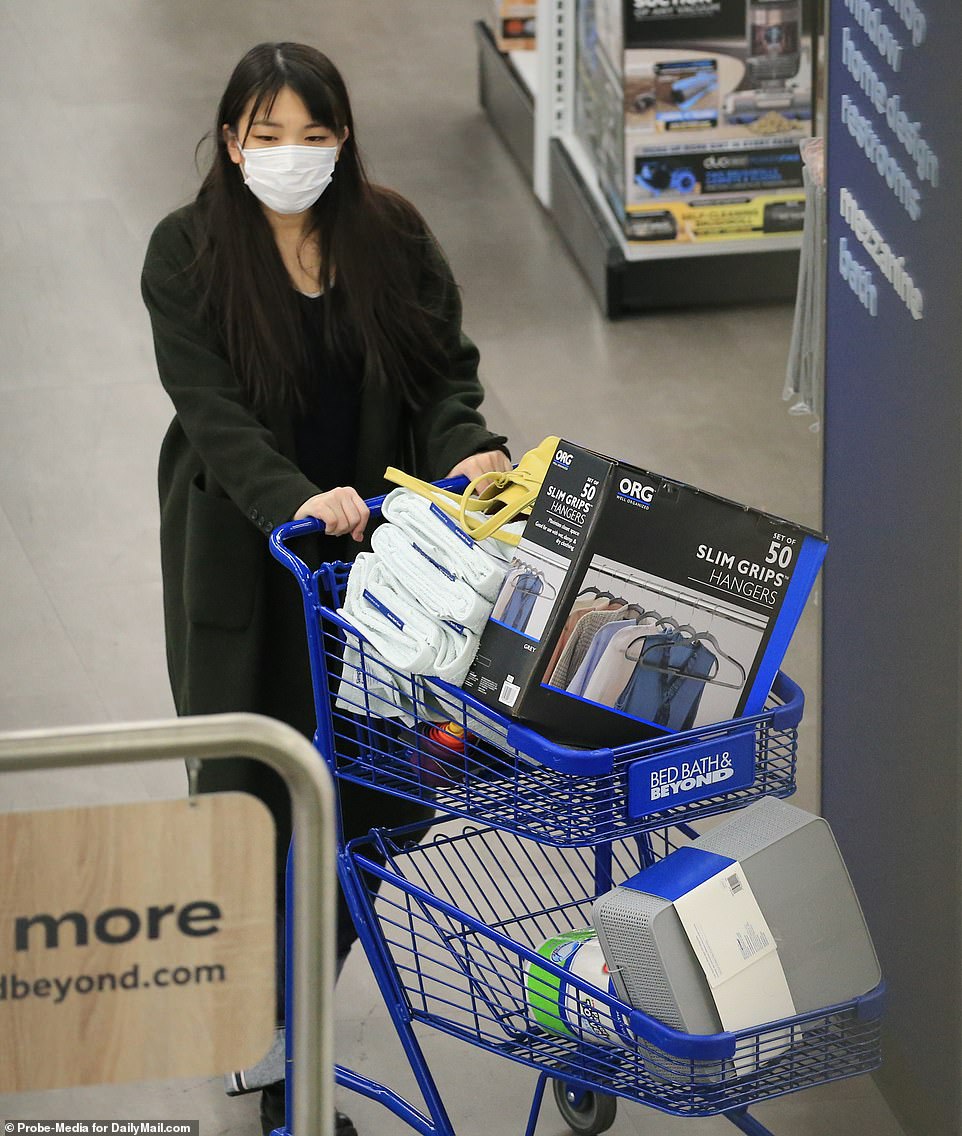 The former royal, 30, who now goes simply by Mako Komuro, made a trip to Bed, Bath & Beyond Friday to pick up some home essentials for the couple’s new marital home in Hell’s Kitchen. 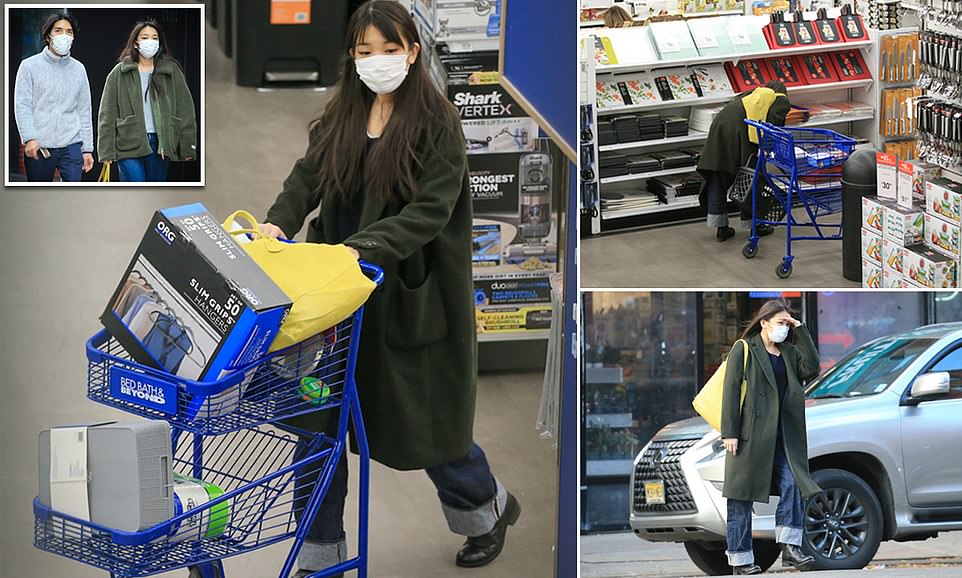 Exclusive DailyMail.com photos show Mako at the home furnishings store where she spent about an hour and a half shopping for bath towels, coat hangers, organizer baskets, some paper towels, and other items. 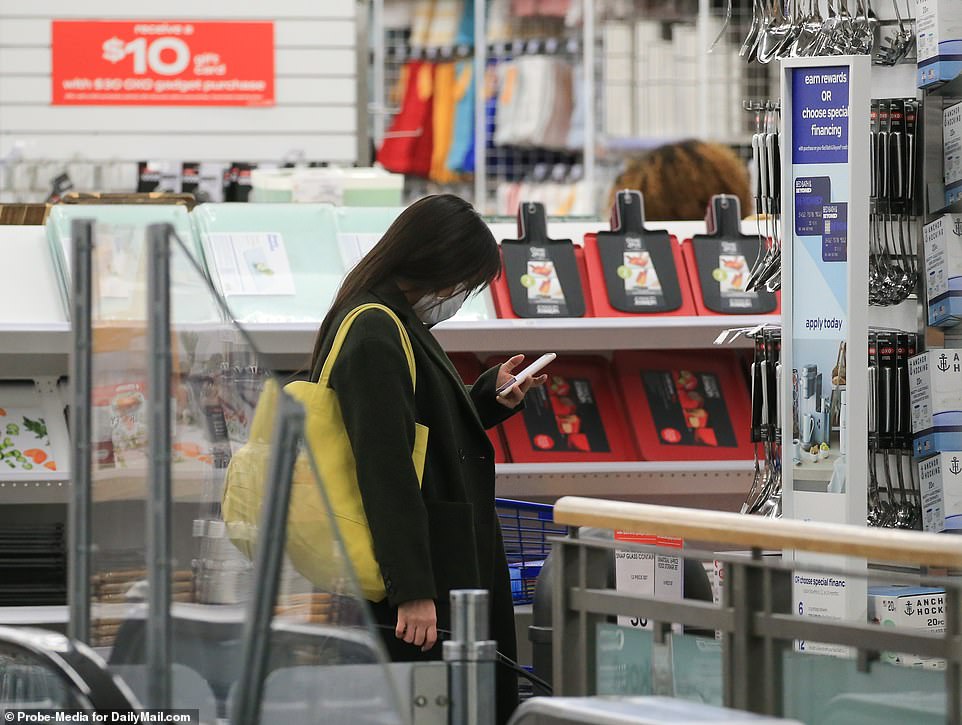 Mako was alone during the outing and pushed her own shopping cart around the store and had no security detail protecting her. She was dressed in a long forest green coat, black top, and blue jeans – a much more casual look than the modest, formal attire she regularly wore in public back home. 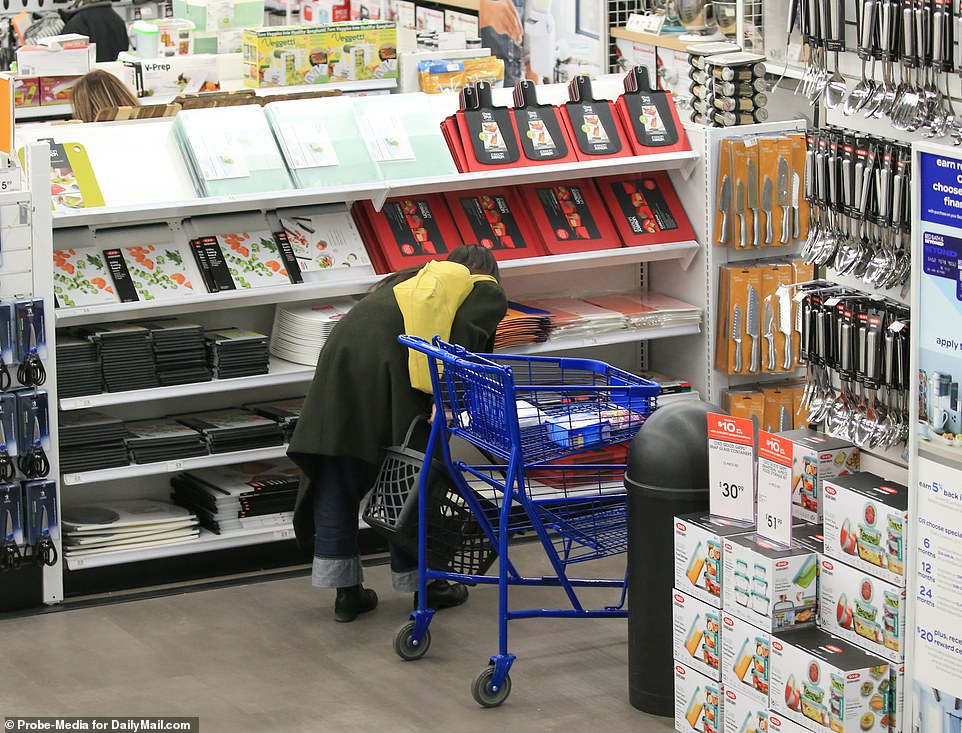 The princess has been a fish out of water ever since leaving behind a nation that has criticized her marriage to a commoner, and having to adapt to a new country half a world away from the confines of the Imperial House. 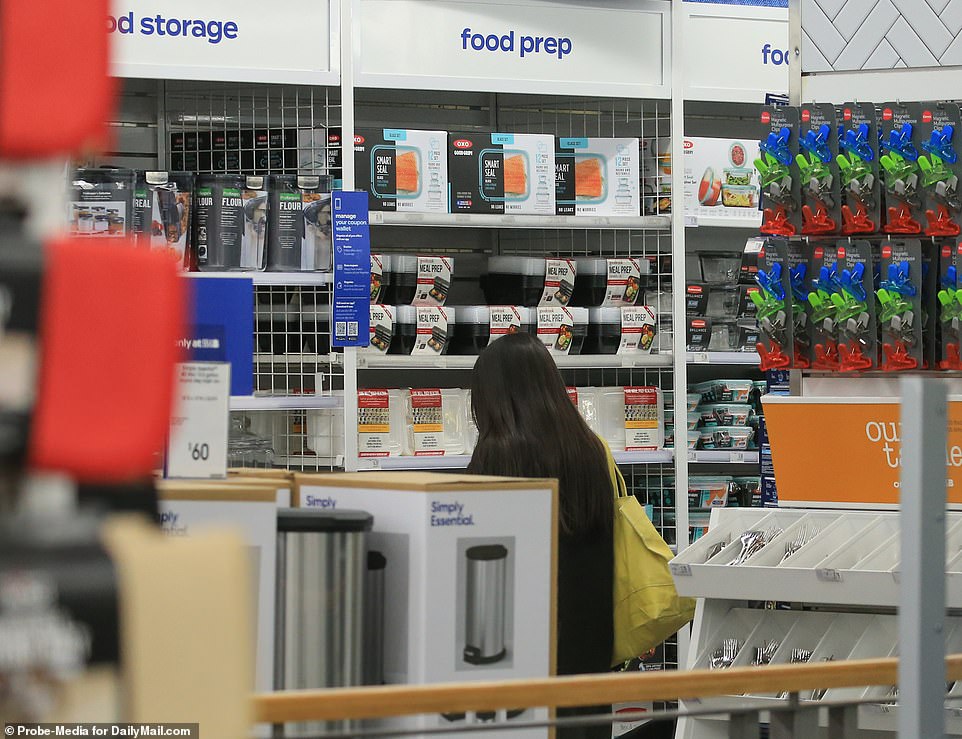 Mako’s loss of royal status comes from the Imperial House Law, which allows only male succession. 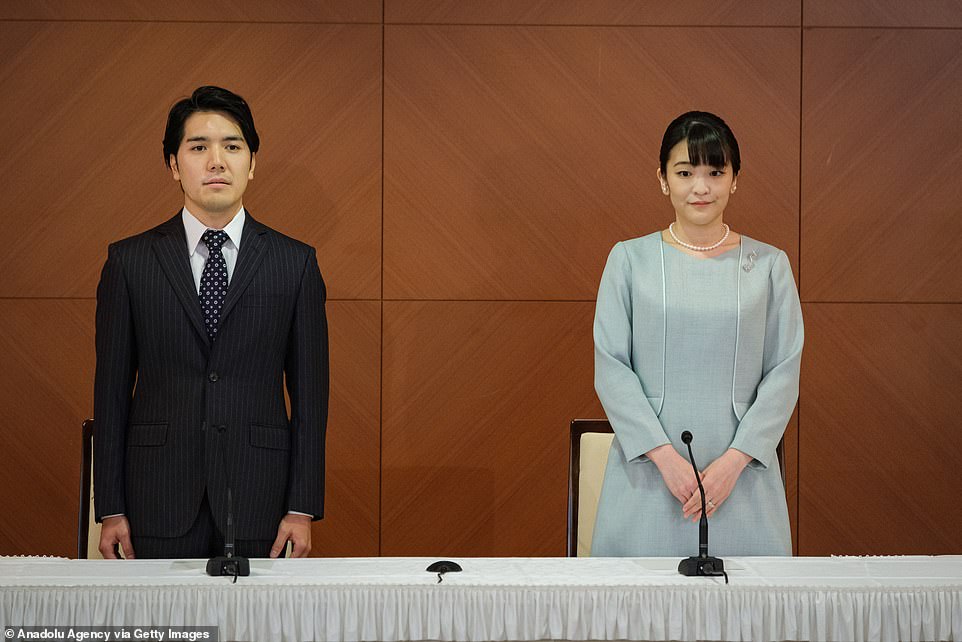 She is the daughter of the emperor’s younger brother, and her 15-year-old brother is expected to be emperor. 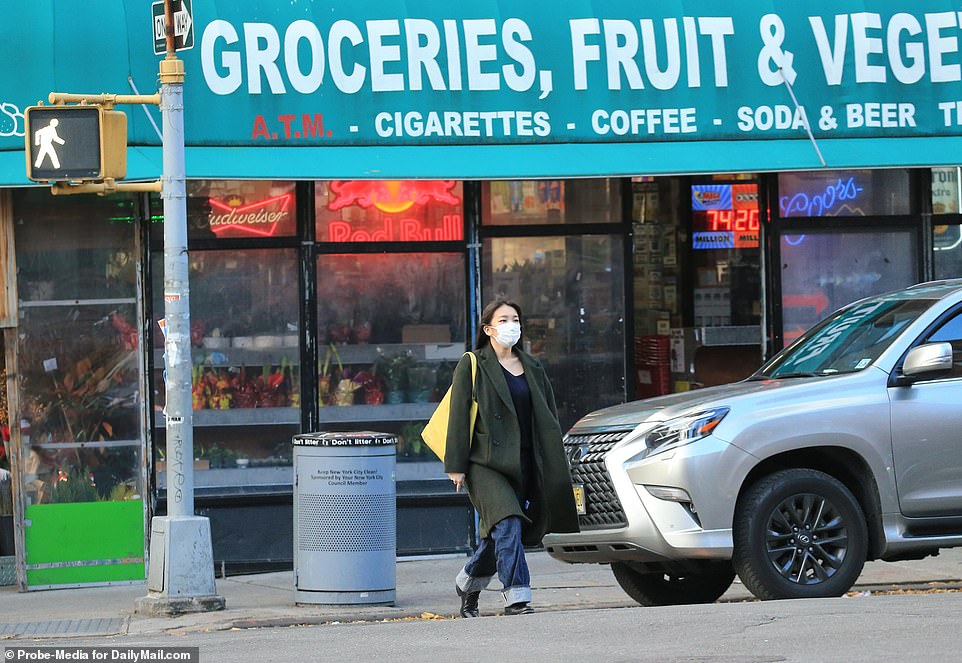 At one point on Friday Mako appeared to be lost in the big city and had to ask multiple people for directions, often walking back and forth on a street multiple times until she got her bearings. 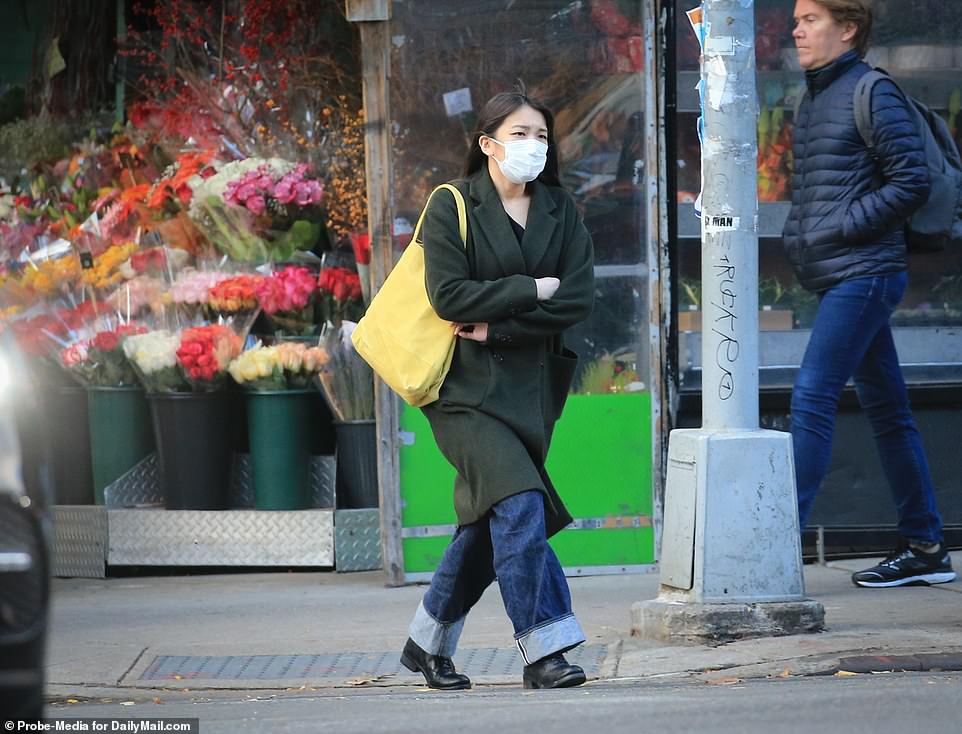 She didn’t seem too fazed by not knowing where she was going but was determined to get on with her errands. 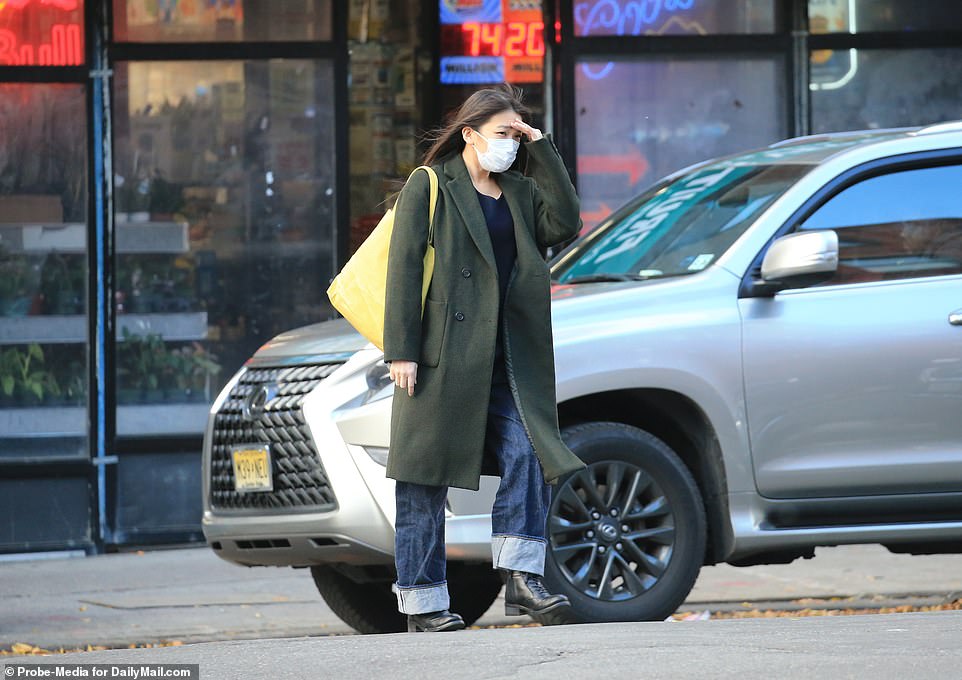 She eventually returned to her apartment around 6pm where her husband met her at the entrance to help her with her four shopping bags. 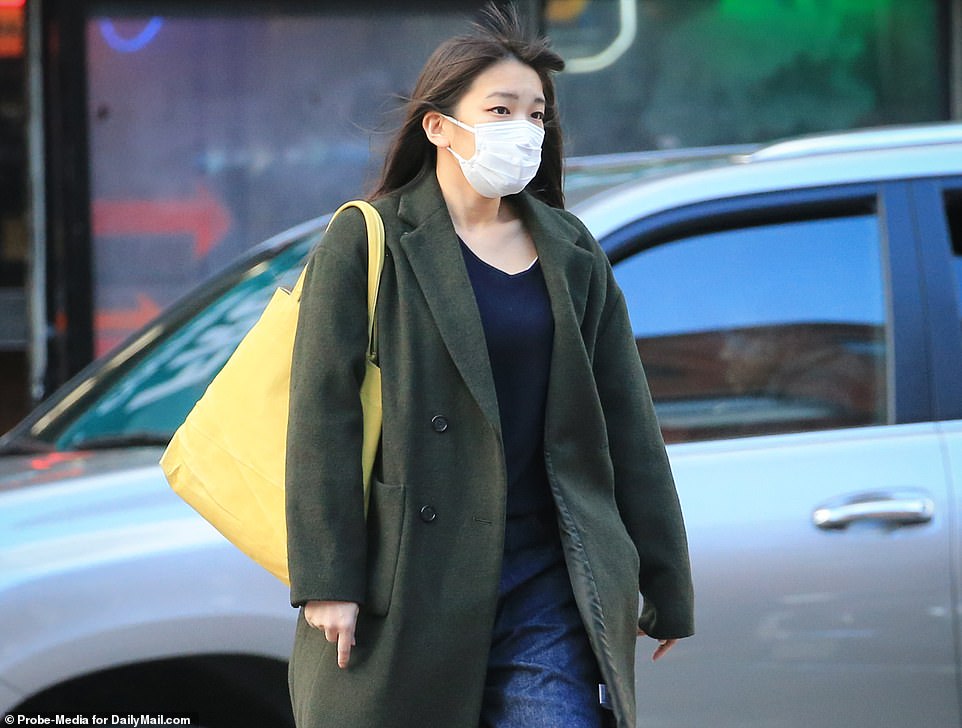 Mako tied the knot with university sweetheart Kei Komuro in Tokyo in October after an eight-year engagement – despite many in their native country not supporting the nuptials. 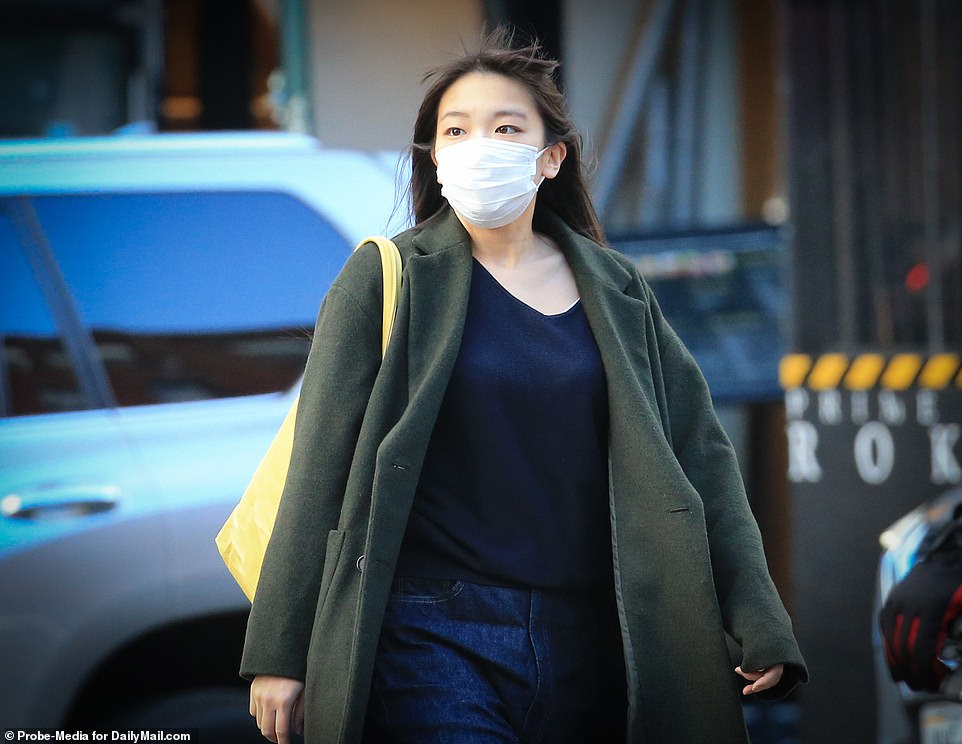 The couple were pictured jetting out of Tokyo last Sunday – with a crowd of spectators and photographers in attendance – bound for the Big Apple. Speculation ranged from whether the couple could afford to live in Manhattan to how much money Komuro would earn and if the former princess would end up financially supporting her husband. 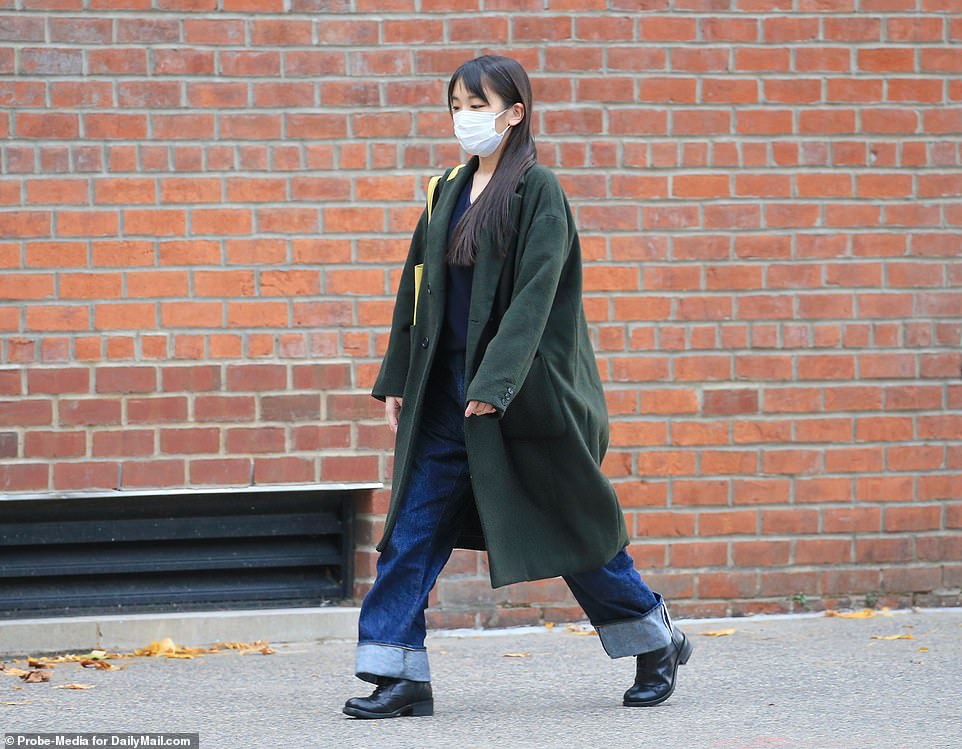 They had been living in a modest Tokyo apartment together ahead of the move to New York, where Komuro works as a lawyer at the New Jersey-based law firm Lowenstein Sandler LLP. After arrival at John F. Kennedy International Airport, the young couple was seen leaving the terminal while flanked by a Japanese security detail as well as local police officers. They grabbed their luggage and were then driven to their new home in Manhattan – a one-bedroom rented apartment. 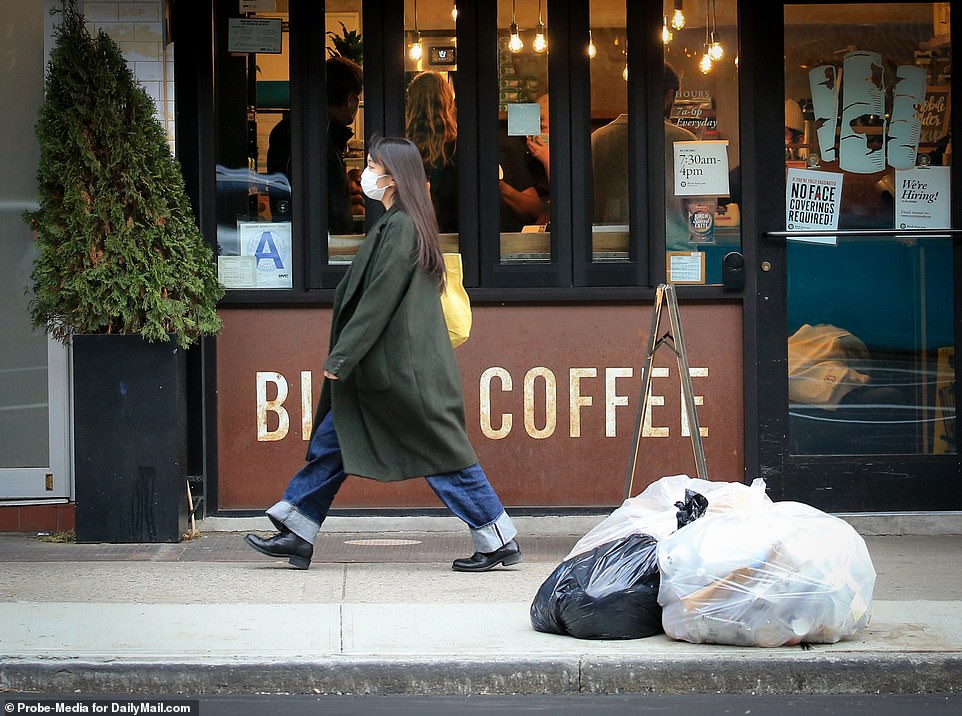 While the apartment is a one-bedroom, the building is a luxury residential tower that offers amenities including a fitness center equipped with Peloton bikes, a yoga studio, a screening room, an in-house spa, a golf simulator section, landscaped decks with barbecues and table tennis, a library curated by Strand Book Store, and a 24-hour attended lobby. 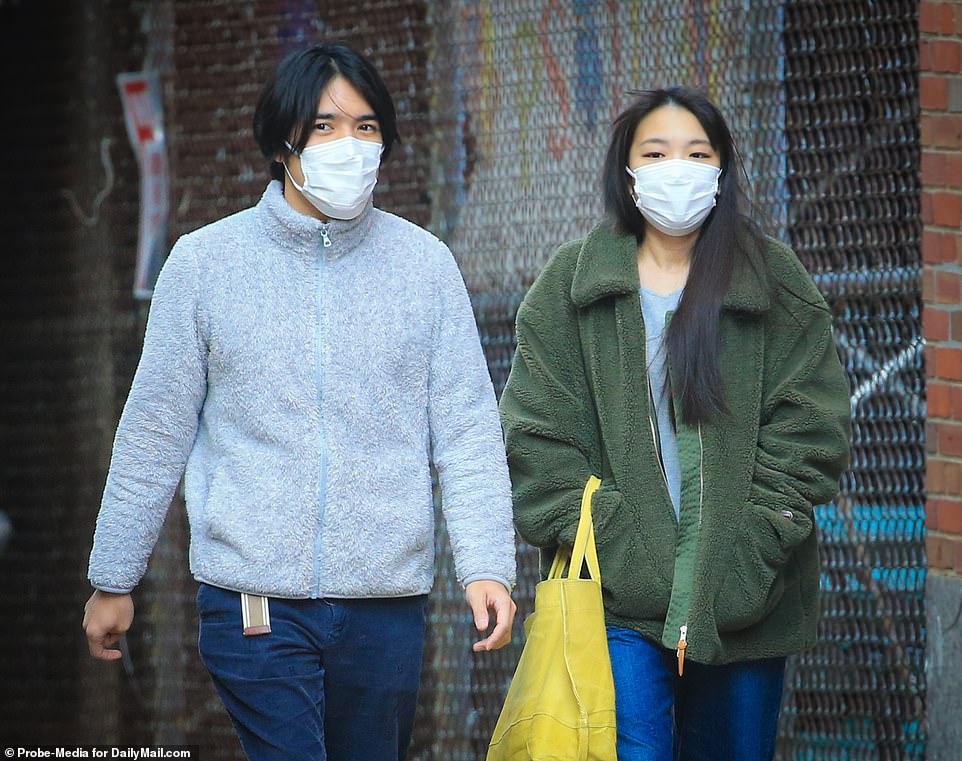 The location, right in the heart of the Hell’s Kitchen section of Manhattan, is a stone’s throw away from famous New York City landmarks including Central Park and Lincoln Center. According to the building’s website, one-bedroom apartments are available for rent for $4,809 per month. A two-bedroom apartment in the building would set the tenant back $7,085 per month. Pictured: Mako and her new husband Kei Komuro were spotted out again on Saturday as they walked to Bryant Park. 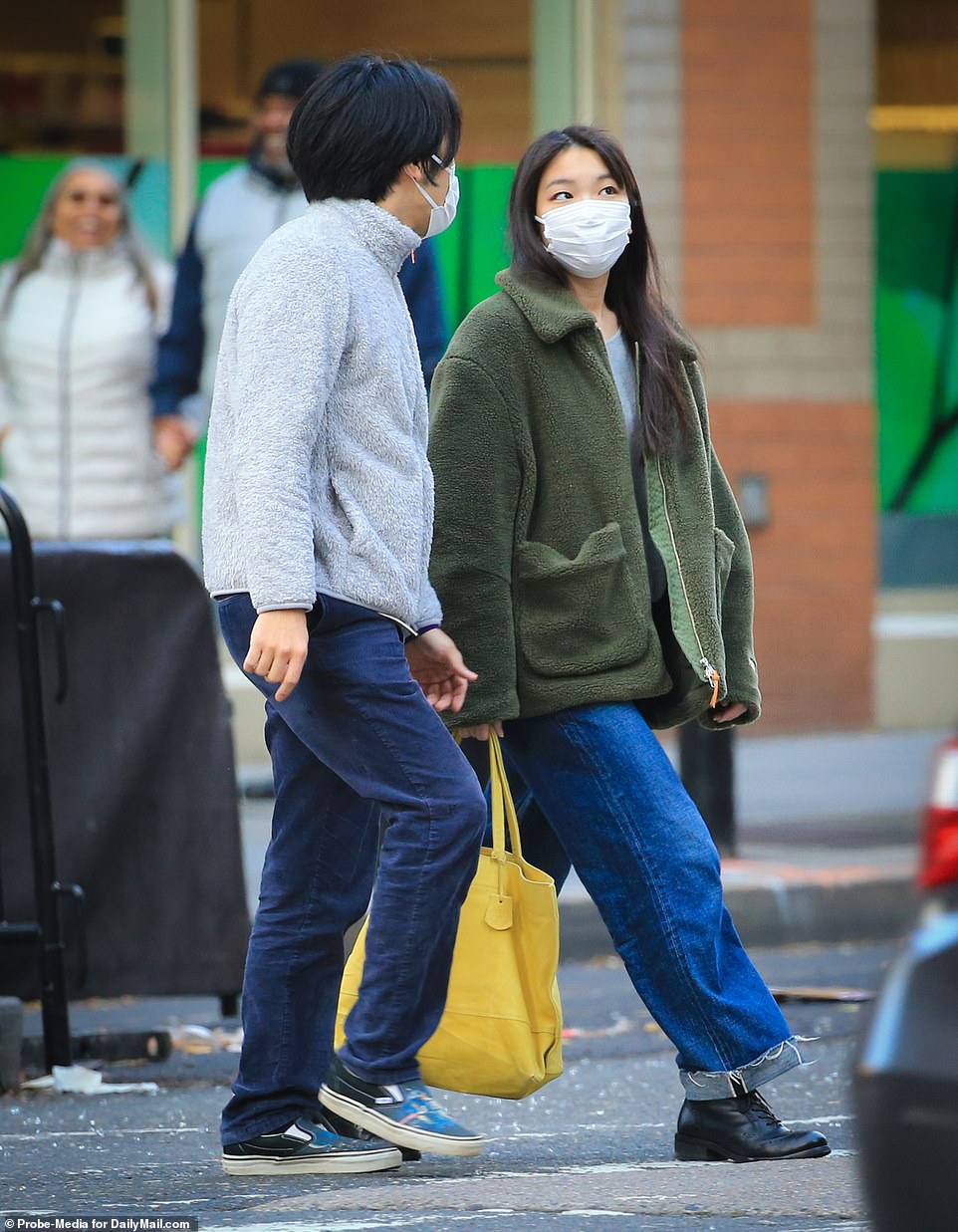 Before landing in the US last Sunday, Mako declined the offer of 140million yen ($1.2 million) payment to which she was entitled for leaving the imperial family, palace officials said, and is expected to find a job in New York. 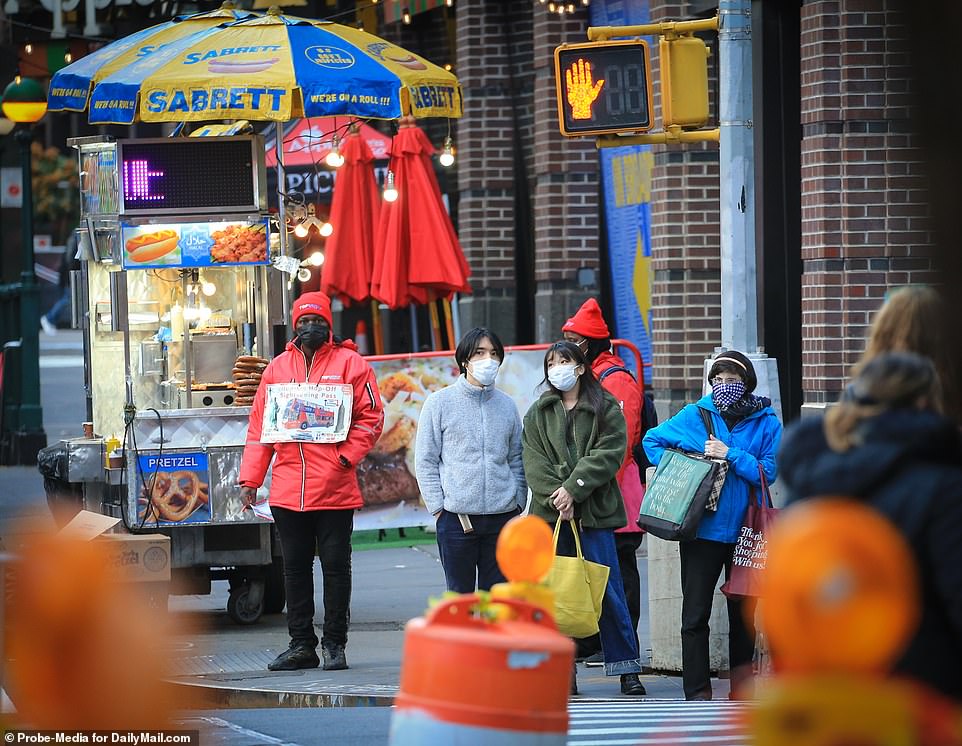 Earlier this month, it was revealed Komuro had failed the New York State Bar Association exam, according to Japanese broadcaster NHK. 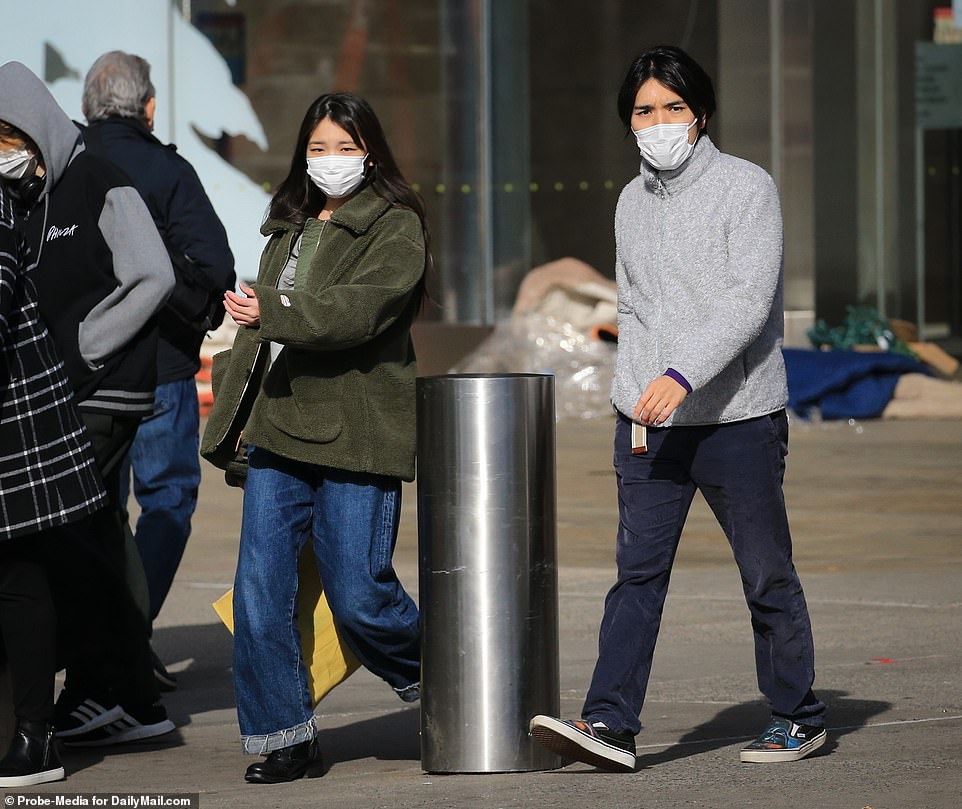 Komuro took the exam earlier this summer, with the exam results were posted on the website of the New York State Board of Law Examiners earlier this month. His name was not among the successful candidates – another piece of news that local media have used to attack him, although it is common to pass after multiple attempts. 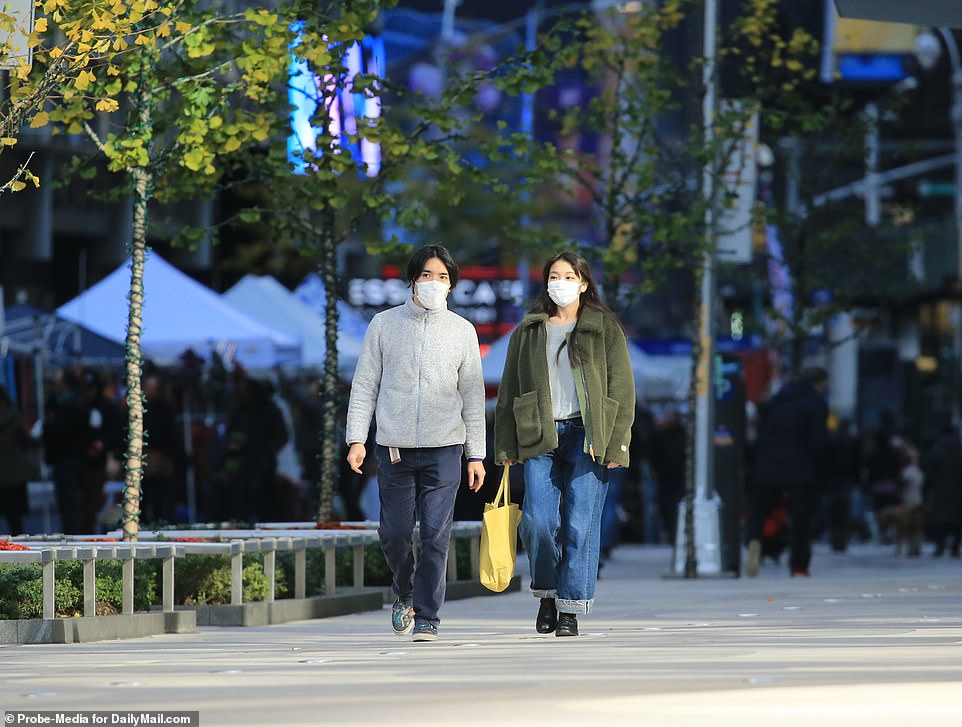 According to the broadcaster, Komuro ha said he plans to continue studying and will retake the exams in February. ‘I love Mako,’ he told reporters last month after registering their marriage in Tokyo. They did so without a wedding banquet or any of the other usual celebratory rituals. ‘I want to live the only life I have with the person I love,’ he said. 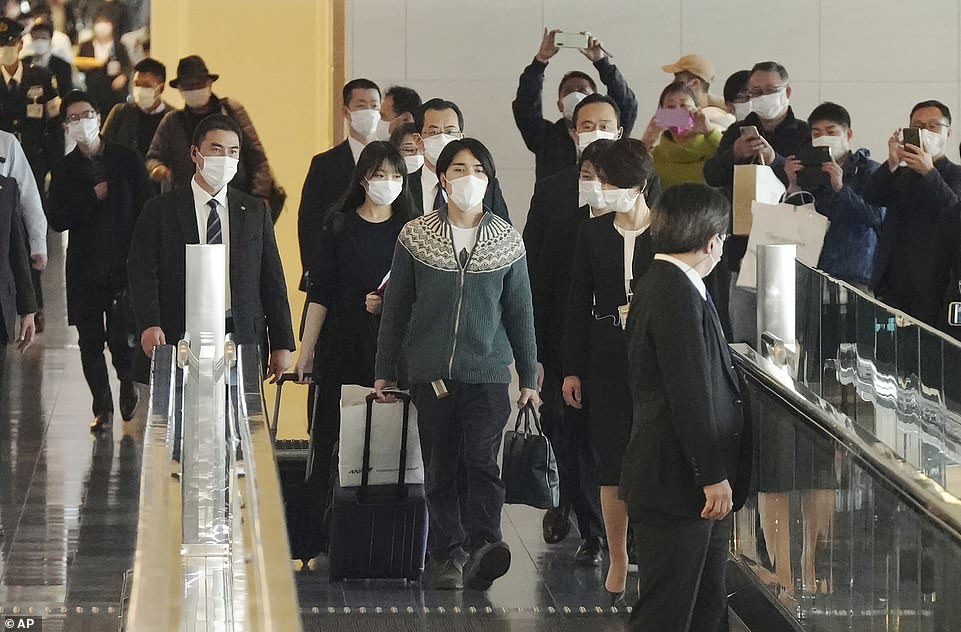 Although Japan appears modern in many ways, values about family relations and the status of women often are seen as antiquated and rooted in feudal practices. Such views were accentuated in the public’s reaction to the marriage. Some Japanese feel they have a say in such matters because taxpayer money supports the imperial family system. 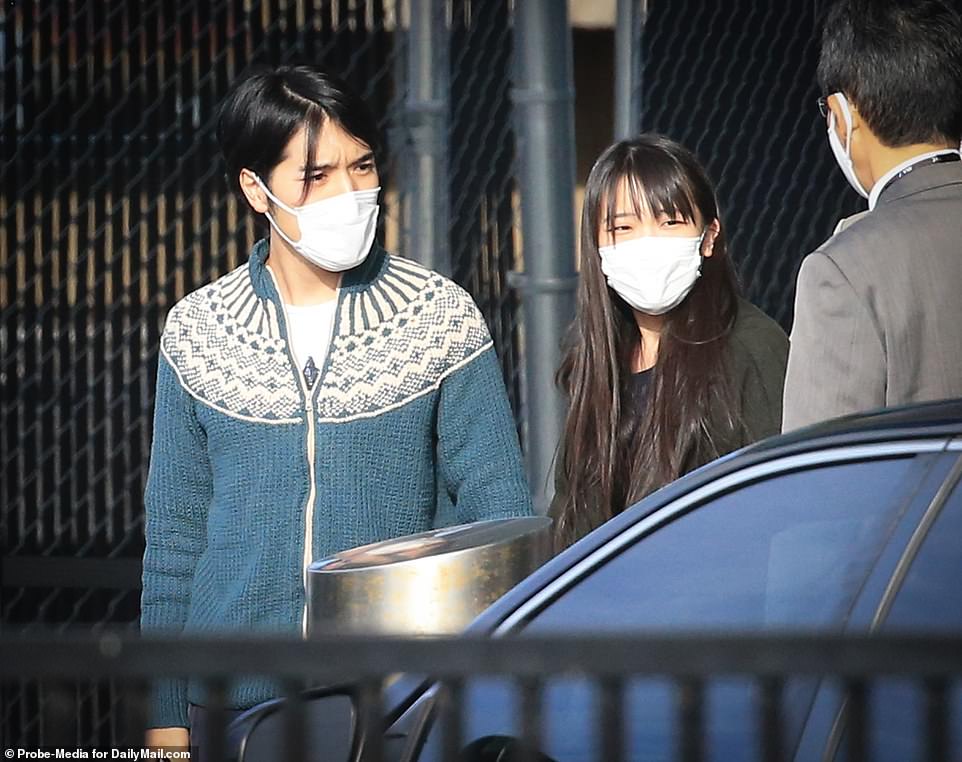 Other princesses have married commoners and left the palace. But Mako is the first to have drawn such a public outcry, including a frenzied reaction on social media and in local tabloids. Meanwhile Mako has said she will continue to support her husband’s studies.

USA BBC staff ‘threaten to strike’ over merger of news channels which will see...