Joachim Low says he wants to meet with Mesut Ozil so they can finally bring an end to their long-running feud after the playmaker’s retirement from the German national side.

Low handed Ozil his first Germany cap back in 2009, and went on to win 91 more in nine years, with the ex-Arsenal star becoming a key player in the country’s 2014 World Cup triumph.

However, since Ozil announced his decision to no longer represent his country at international level, the pair have not been on speaking terms. 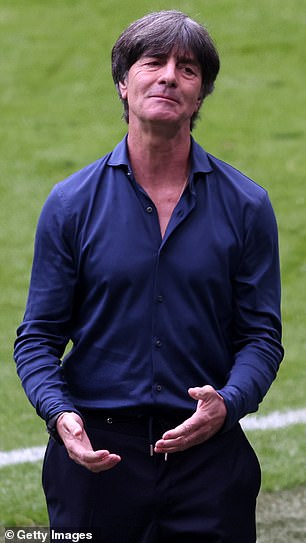 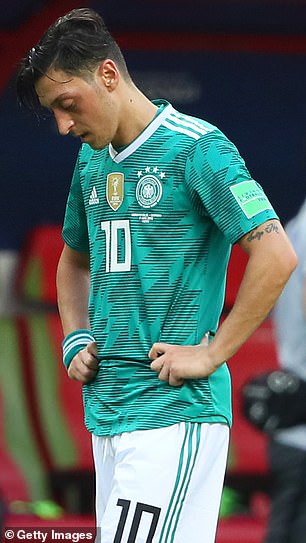 The 32-year-old and Germany team-mate Ilkay Gundogan, who are both of Turkish descent, made headlines on the eve of the 2018 World Cup when they met and posed for a picture with controversial Turkish president Recep Tayyip Erdogan in London.

The photo sparked outrage in their homeland and led to Ozil being made the scapegoat for Germany’s first-round exit at the 2018 World Cup in Russia.

Ozil, now at Fenerbache, retired from the national side in the aftermath, and hit out at the German FA by accusing them of being complicit in incidents of ‘racism and disrespect’ that came his way.

The aftermath of the racism storm saw Low insist that he ‘had nothing to do with Ozil’ – but the departing Germany boss is hopeful the pair can patch things up now the dust has settled. 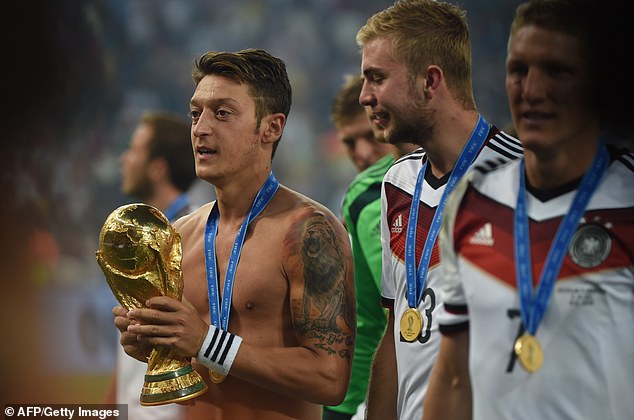 ‘Mesut leaving the national team without consulting me beforehand was a great human disappointment for me,’ said Low.

‘These memories will then also be positive for us. He was an incredibly important and great player with great skills.’

Following Ozil’s retirement, the German FA have since admitted that they made ‘mistakes’ in their handling of the situation. 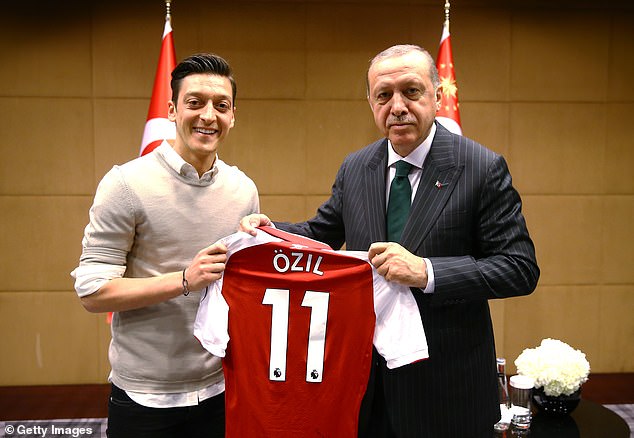 German FA general secretary Friedrich Curtis said last year that they made errors in their handling of the matter, and that they neglected to meet with Ozil to discuss the situation with him.

He said at a meeting with young scholars at the Germany Foundation Integration: ‘The DFB made mistakes in dealing with the events surrounding the Ozil case.

‘A photo became a burning glass for many topics. The moment there were racist allegations, we missed the time to meet with the player.’

Ozil came under heavy criticism for his picture with Erdogan, who has been described as a modern-day dictator by his harshest critics and his three-day London visit in 2018 was met with protests from a number of human-rights groups. 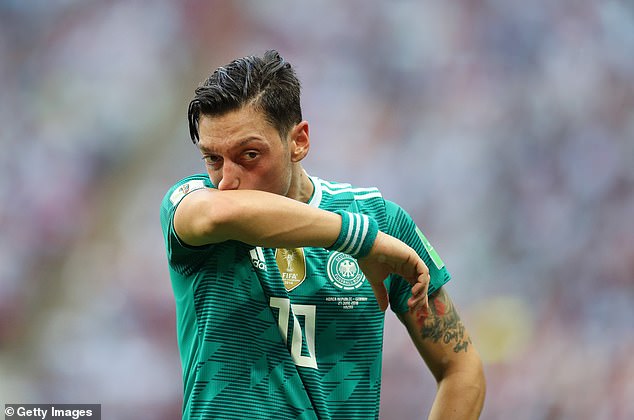 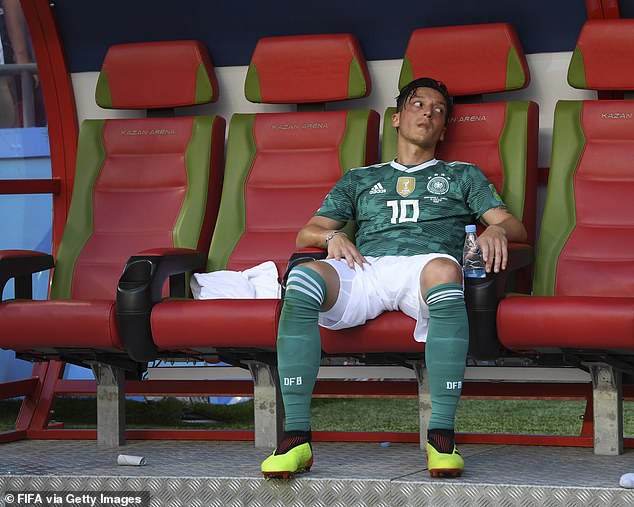 He said in a lengthy statement when he announced his retirement: ‘It is with a heavy heart and after much consideration that because of recent events, I will no longer be playing for Germany at international level whilst I have this feeling of racism and disrespect.

‘I used to wear the German shirt with such pride and excitement but now I don’t. This decision has been extremely difficult to make because I have always given everything for my team-mates, the coaching staff and the good people of Germany.

‘But when high-ranking DFB officials treat me as they did, disrespect my Turkish roots and selfishly turn me into political propaganda, then enough is enough. That is not why I play football, and I will not sit back and do nothing about it. Racism should never, ever be accepted.’

Ozil has previously defended his decision to meet with the president and have a picture taken as he presented him with a signed Arsenal shirt. A year later Erdogan was best man at Ozil’s wedding to wife Amine Gulse. 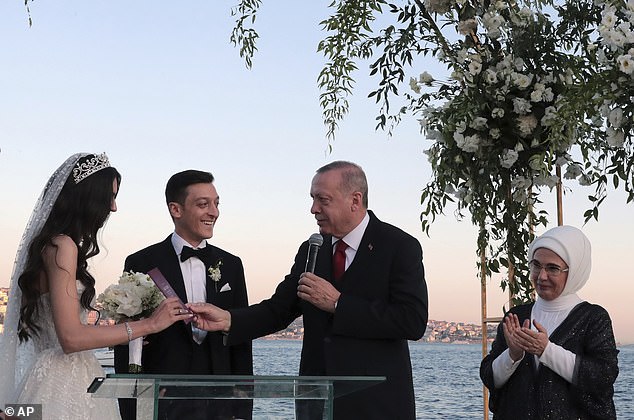 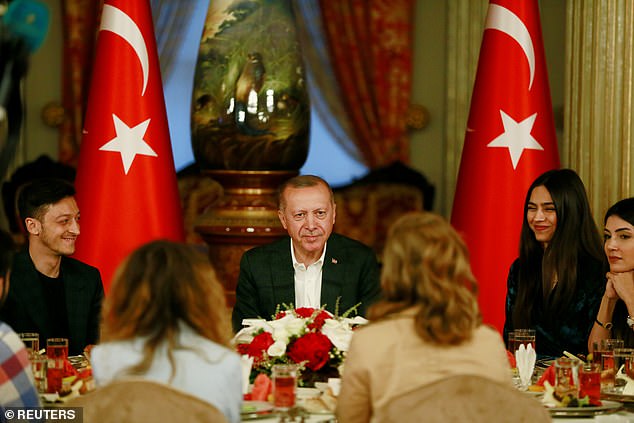 ‘[Erdogan] is the current president of Turkey and I would show respect to that person, whoever it was,’ Ozil told The Athletic. ‘Although I was born and raised in Germany, Turkey is part of my heritage.

‘If the German president or [Chancellor] Angela Merkel are in London and ask to see me, to speak to me, of course I would do that as well. It’s just about showing respect to the highest position of a country.

‘After the photo, I felt disrespected and unprotected. I was receiving racist abuse — even from politicians and public figures — yet nobody from the national team came out at that time and said: “Hey, stop. This is our player, you can’t insult him like that.” Everyone just kept quiet and let it happen.’