Jodi Gordon gets into the festive spirit with daughter Aleeia, seven, as they put up their Christmas tree together

Jodi Gordon got into the festive spirit on Sunday.

The former Neighbours star decorated her Christmas tree at her home in Sydney with a little help from her lookalike daughter, Aleeia, seven.

The mother-daughter duo struck a number of poses to celebrate the occasion,  sharing the intimate images to Instagram. 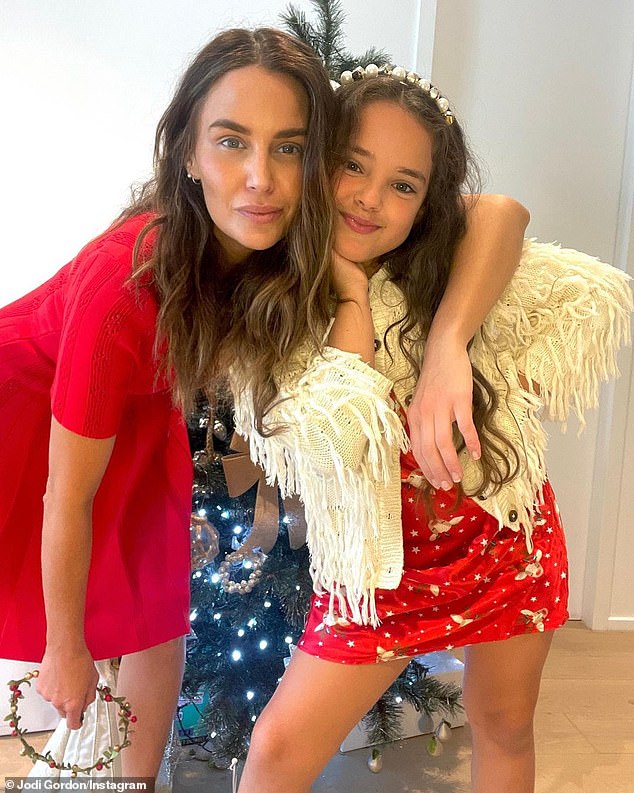 Tis the season: Neighbours star Jodi Gordon got into the Christmas spirit with her lookalike daughter Aleeia, seven, on Sunday as they put up the tree together in the star’s apartment

In one image, Jodi and Aleeia are seen joyfully posing in front of the tree as the proud mother tenderly wraps an arm around her daughter

In other frames, Aleeia steals the show, one minute looking shocked, the next giving her famous mother a kiss, before resting one arm on her shoulder in another picture.

Jodi wore minimal makeup in the photos which highlighted her natural beauty.

She wore her brunette tresses down allowing them to frame her face. 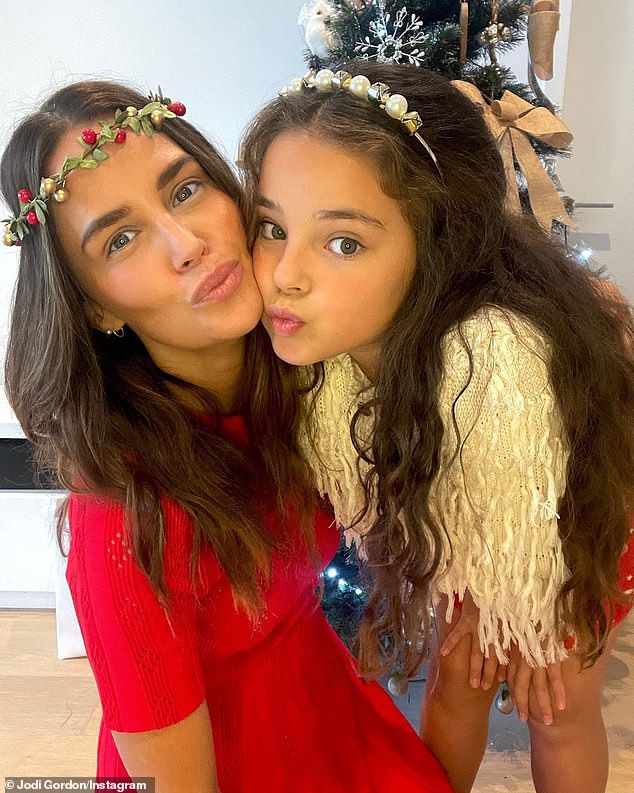 Beginning to look a lot like Christmas: The model and Aleeia struck a number of poses in the happy snaps as they posed together in Christmas colours

‘What happens when we decide to put up the tree lol….. She is pure joy,’ Jodi gushed over the youngster.

The mother of one shares Aleeia with father, ex-football star Braith Anasta.

The star is currently filming the upcoming season of Celebrity Apprentice, and there are rumours she had some tensions on set. 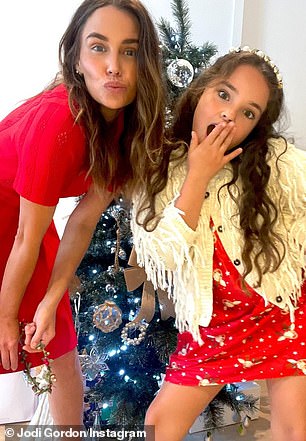 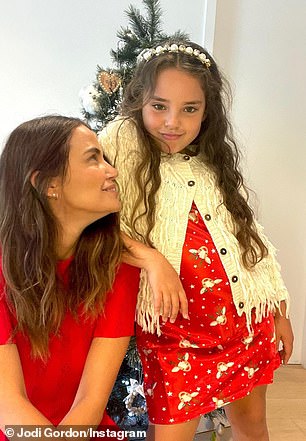 Duo: ‘What happens when we decide to put up the tree lol….. She is pure joy,’ Jodi gushed over the youngster while sharing the photos

She looked very animated and used dramatic hand gestures as they spoke, and were likely discussing the events of that day’s challenge.

A source said the star ‘felt ganged up on’ and ‘thrown under the bus by her all-female team’ in front of CEO Lord Alan Sugar.

Celeb Apprentice will air on Channel Nine in the New Year. 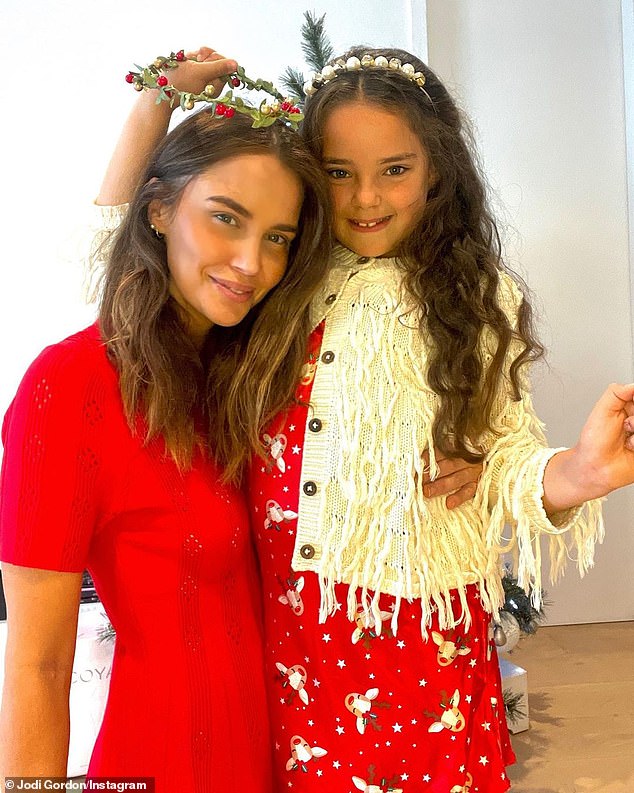 Family: The mother of one shares daughter Aleeia with footballer ex, Braith Anasta