Jurgen Klopp has revealed his frustration at Germany‘s lack of traditional centre forward options, lamenting the fact that Three Lions boss Gareth Southgate has ‘seven’ No 9s at his disposal.

The Liverpool boss has claimed that Die Mannschaft’s lack of attacking talent is their greatest flaw as he questioned: ‘England have seven strikers, why don’t we?’

Germany resume their 2022 World Cup qualification campaign on Thursday night as they travel to Liechtenstein. 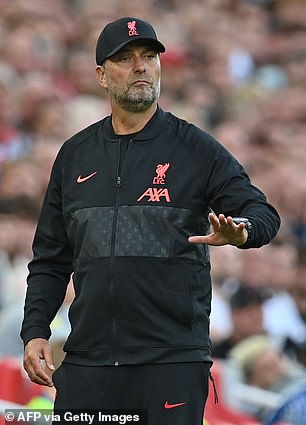 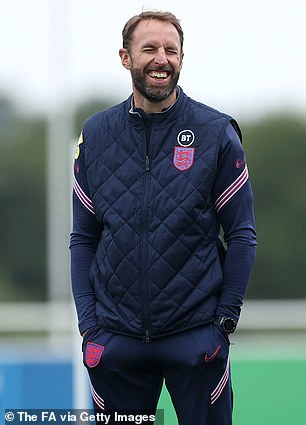 With Hansi Flick at the helm, they will be hoping to improve on their lacklustre performance at this summer’s European Championship.

Die Mannschaft crashed out in the last 16 after suffering a 2-0 defeat to their old enemy England and Klopp has now revealed he is envious of the attacking depth the Three Lions possess.

‘England have at least seven classic centre forwards who could play in the national team,’ the Liverpool boss has told RTL.

‘Why don’t we have that? We don’t have that broadly. The players have to come from somewhere.

‘Of the few boys running around it would be cool if a centre forward came out in the long term.’ 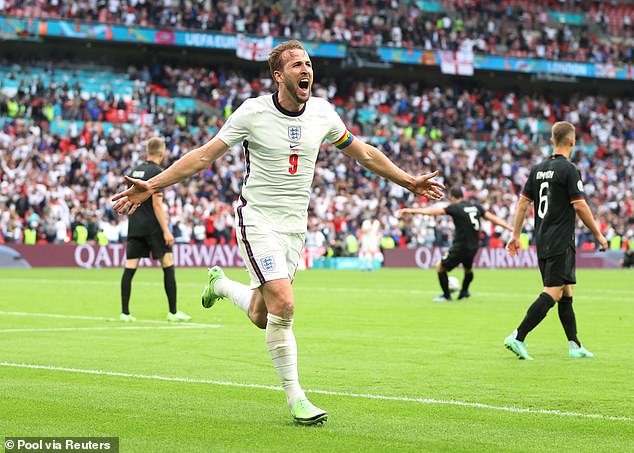 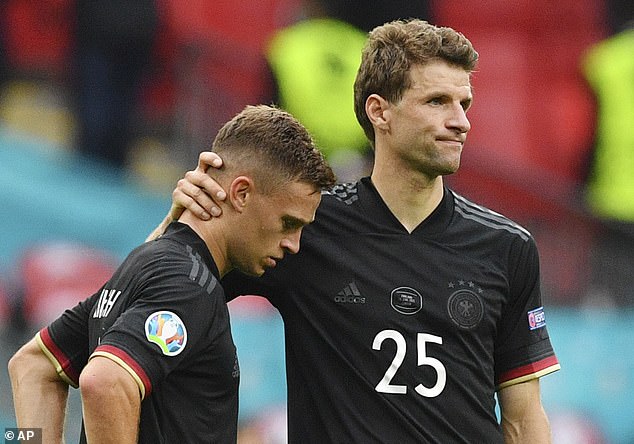 Germany resume their 2022 World Cup qualification on Thursday against Liechtenstein

Joachim Low rounded off his 15-year Germany career with Euro 2020 this summer but only had Timo Werner and Thomas Muller to call upon as natural centre forward options.

Klopp was left frustrated by the lack of attacking talent emerging from the German youth ranks, claiming Gareth Southgate has seven players he could call up to play in the Three Lions’ attack.

England captain Harry Kane and Dominic Calvert-Lewin were both selected by Southgate for this summer’s Euros and were called up again for their World Cup qualifiers this week. 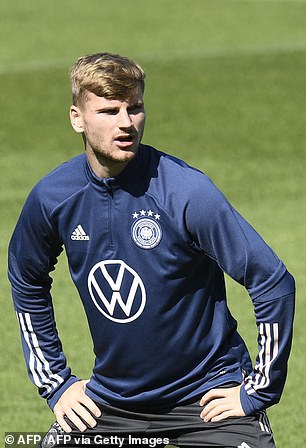 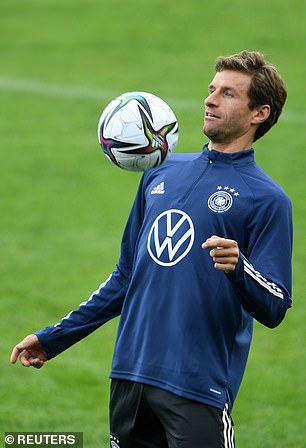 Marcus Rashford was also part of the Three Lions’ Euro campaign but the 23-year-old will miss out on England’s clashes against Hungary, Andorra and Poland through injury. 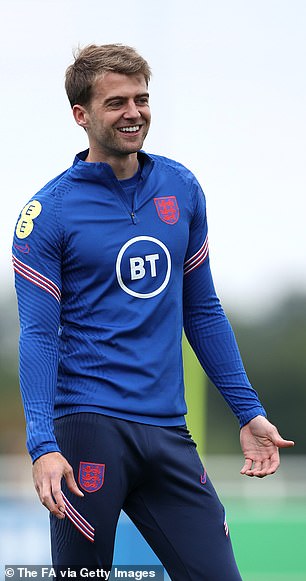 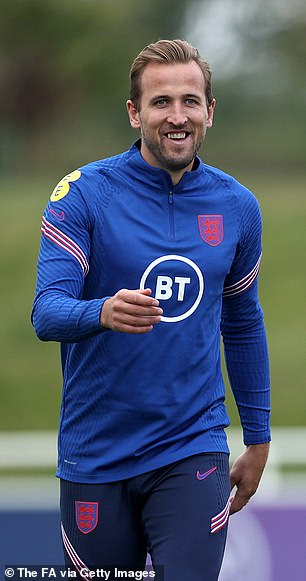 Meanwhile, as Flick takes over the reigns for his first game in charge, the only fresh striker named in his 26-man squad for September’s World Cup qualification campaign is RB Salzburg starlet Karim Adeyemi.

The 19-year-old, who joined Salzburg in 2018, was tipped to represent Nigeria but has played for Die Mannschaft at U16 and U17 level before being promoted to the U21 squad.

Klopp had been heavily linked to the Germany coach position when Low announced he was stepping down and was touted as Flick’s replacement when the Reds boss’s contract at Anfield expires in 2024. 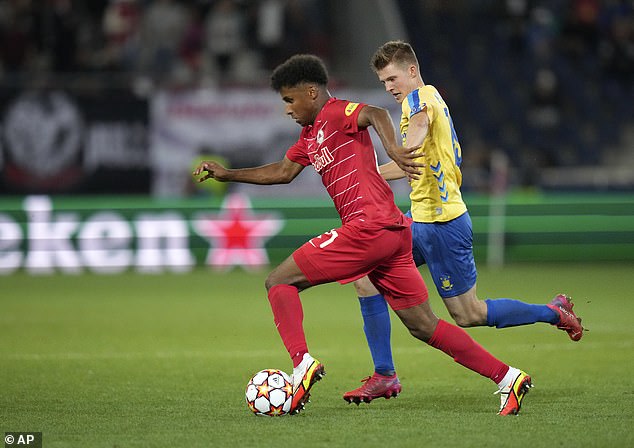 However, the 54-year-old revealed last year that he intends to take a year’s sabbatical when his tenure at Liverpool comes to an end, with retirement even a possibility.

Speaking about his future plans, he told Sport Buzzer: ‘I’ll take a year off and ask myself if I miss football. If I say no, then that will be the end of coach Jurgen Klopp.

‘If one day I am no longer a coach, there is one thing I will not miss: the brutal tension immediately before the game.’