By Manoli Luxford and Olivia Day For Daily Mail Australia

A distressed kangaroo that was pulled to safety from a lake by two Good Samaritans has been put down after suffering extreme stress from the incident.

The shivering native got stuck in the freezing shallows of Lake Burley Griffin in Canberra last month but was dragged to shore by two men.

While viral footage of the brave rescue warmed hearts around the world it has now been revealed the sick kangaroo had to be euthanised.

An ACT government spokesperson said a veterinarian from the department had examined the exhausted roo and found it was in ‘poor physical condition’.

‘Given significant concerns for the kangaroo’s welfare, the animal was euthanised,’ they said.

‘Several factors contributed to the welfare concerns for this kangaroo, including the poor symptoms the animal was showing, the location where the animal was found, and the cold, windy weather.’

The spokesperson said kangaroos can suffer capture myopathy or muscle damage from extreme exertion or stress.

The risk of capture myopathy – a non-infectious disease found in wild and domestic animals – was a primary consideration in any rescue of a kangaroo, they said. 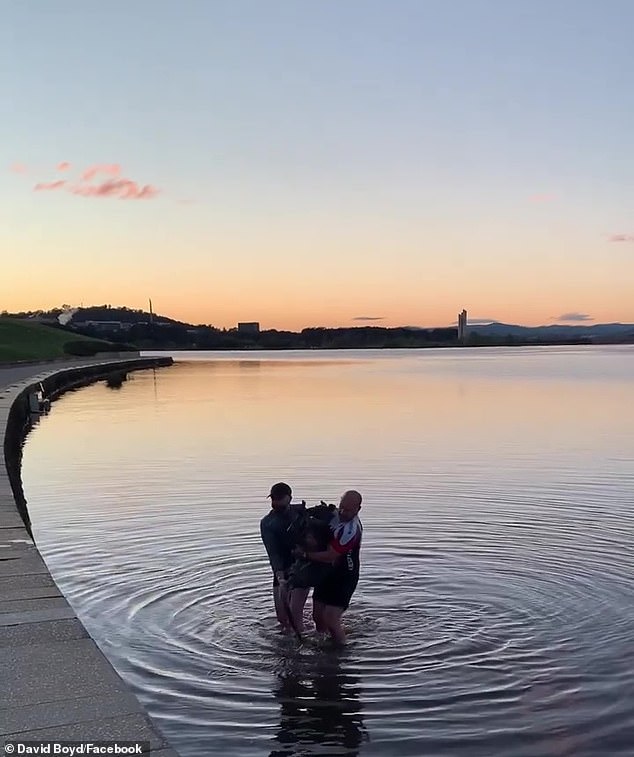 The ACT Parks and Conservation Service reminded the community to always call for professional help if a native animal is in danger.

‘Please give the animal space and keep an eye on them from a distance – maintain enough room for the animal to leave the area,’ the spokesperson said.

In viral footage of the gallant rescue, two men are seen slowly moving towards the animal with their arms out, calling for the waterlogged roo to come closer.

The kangaroo can be seen shivering while looking at both men who continue to carefully approach the traumatised animal. 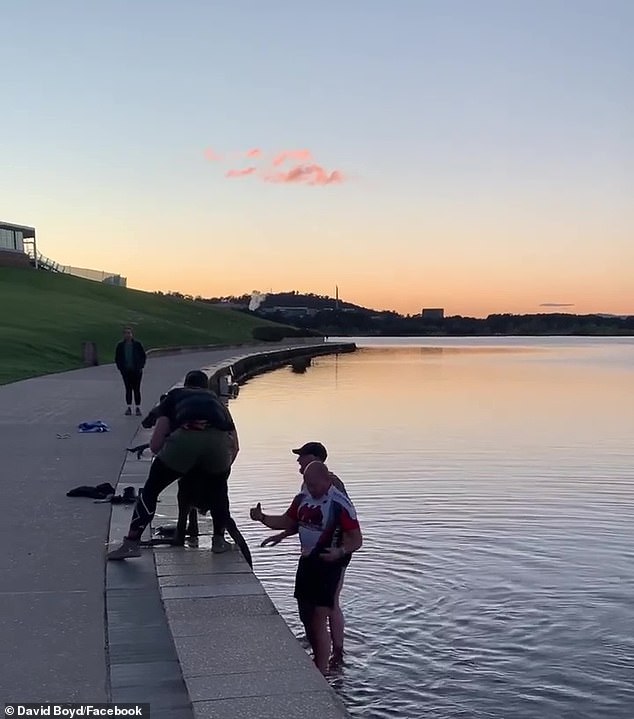 As soon as the man on the left reached out to grab the kangaroo, it animal is seen throwing thrashing its arms around in fear.

Luckily, the two men were able to grab a hold of the worried roo and lift it to safety onto the promenade, where a third man was waiting to assist.

As many passers-by watched on, the third man tried to calm it down.

The three men managed to calm the kangaroo as it extended its arm to one of them in what Mr Boyd thought was a way of showing appreciation.

‘Aw, he’s thanking ya,’ Mr Boyd can be heard saying behind the camera. 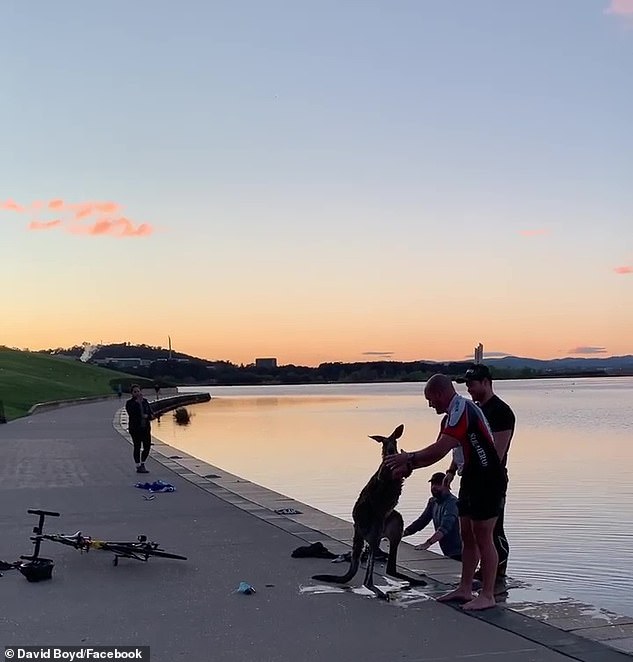 Mr Boyd wrote on the social media platform that the kangaroo was in a bit of shock, and it took about 30 minutes for the animal to perk up again.

Many users have commended the men on jumping in and saving the roo.

One user wrote: ‘That has made my day.’

While another said: ‘Omg that’s so amazing! Thank goodness people were around to see him in there or he would’ve frozen’.

Kangaroos that are injured, sick, or in fear are known to become defensive if they are approached and may be dangerous and cause injuries.

People are advised to call authorities such as WIRES wildlife rescue to assist instead of approaching the animal. 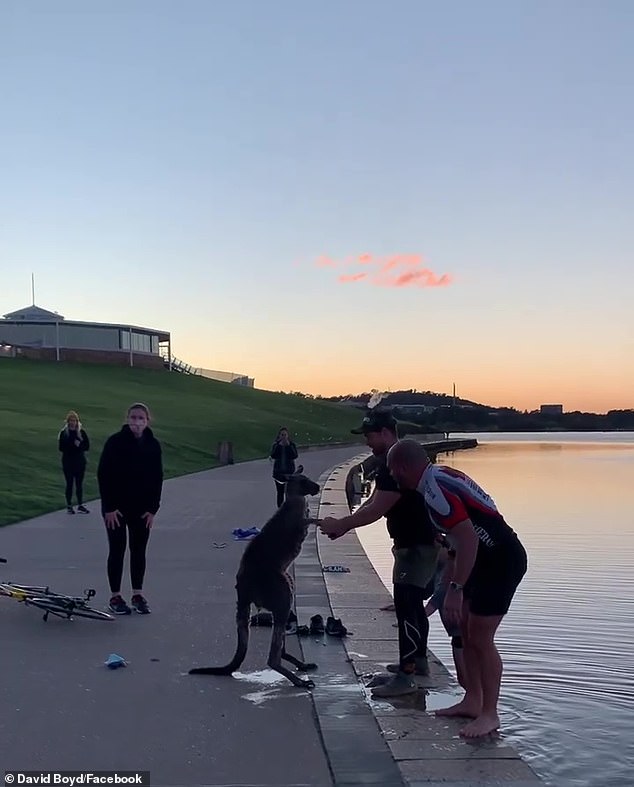 Mr Boyd wrote on the social media platform that the kangaroo was in a bit of shock, and it took about 30 minutes for the animal to perk up and come good