Katie Price has launched a blistering attack on the fathers of her children and has blamed them for her stays in rehabilitation centre, The Priory.

The mother of five shares her eldest child Harvey, 19, with Dwight Yorke; son Junior, 16, and daughter Princess, 14, with Peter Andre and son Jett, eight, and daughter Bunny, seven, with her ex Kieran Hayler.

The former glamour model, 43, has admitted that she ‘hates’ the fathers of her kids and has a ‘non-existent relationship’ with all of them, in a scathing rant during a recent appearance on the Netmums podcast, Sweat, Snot & Tears. 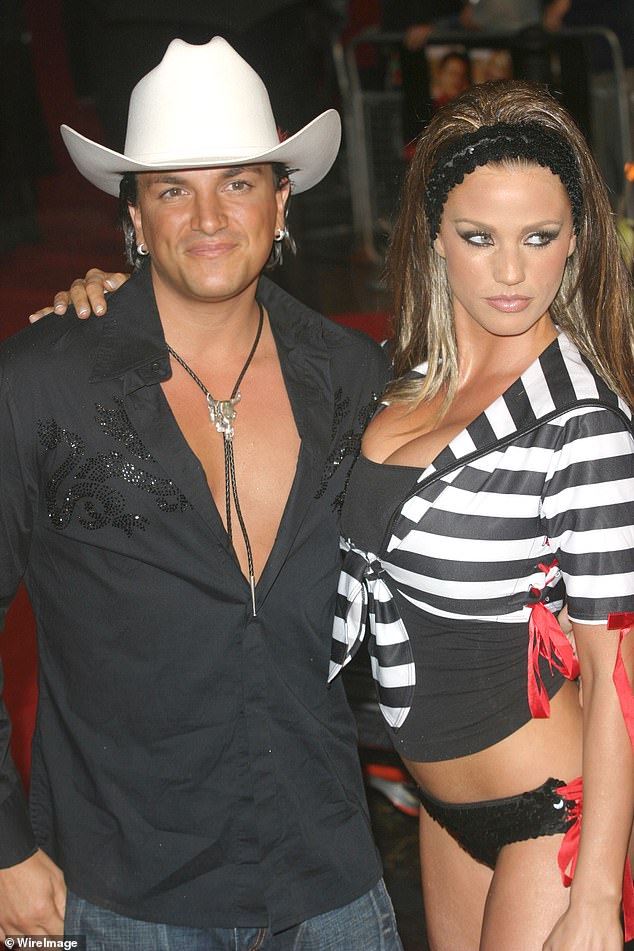 Not holding back: Katie Price has launched a blistering attack on the fathers of her children and has blamed them for her stays in rehabilitation centre, The Priory (pictured with ex-husband Peter Andre)

When asked during the chat ‘how successfully she co-parents?’, Katie said: ‘Forget it, I will stop you there. I hate the dads. The Priory no1. and The Priority no2.

Katie most recently checked into to The Priory on September 29, following a drink-drive smash, where she crashed while drunk and driving without insurance and while disqualified.

The reality personality has insisted that her rehabilitation stays have always been to work on her mental health issues and not because she has an issue with alcohol or substance addiction. 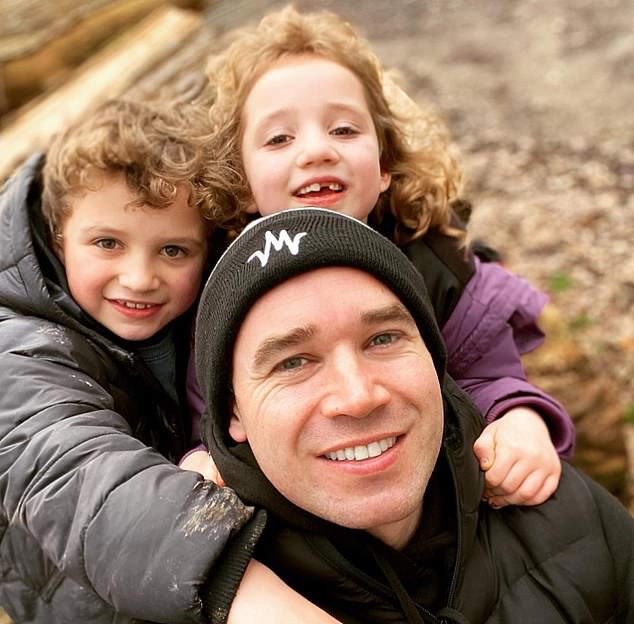 Refusing to divulge who she was talking about, Katie continued: ‘That’s all I’m saying. My relationship with them are non-existent. I’m blocked from with one of the dads, and it was always lawyers, lawyers.

‘And now I refuse to do lawyers lawyers. One dad there is absolutely no contact with and he tries to control me all the time.’

She then moved on to another of her kids’ dads, and said: ‘And the other dad, I can’t bear him, but we talk for the kids. But I will say never ever use the kids as a pawn. Even if you hate the other parent, don’t let your kids know and just do what’s best for the kids. 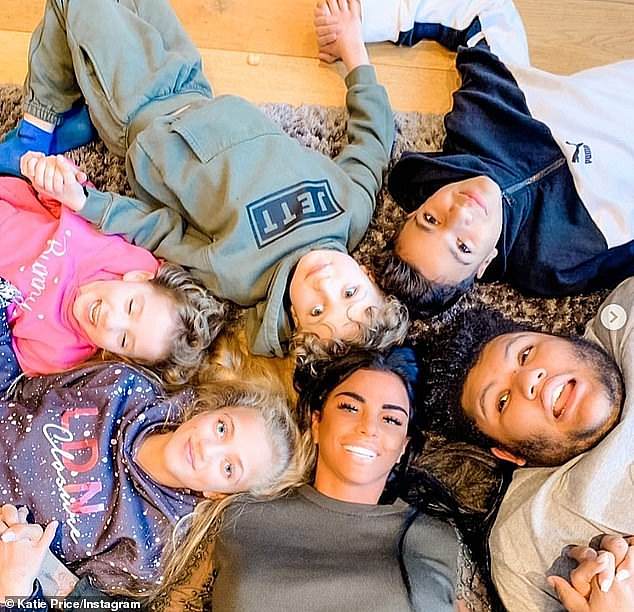 Katie, who is now engaged to fiancé Carl Woods, concluded: ‘Never use the kids ever, even if you hate the other half.’

When contacted by MailOnline Kieran Hayler’s representative declined to comment. MailOnline have reached out to Peter Andre for comment.

Prior to her stay in September, Katie last visited The Priory in Janurary 2020 for a ‘welfare appointment’ ahead of filming her show, My Crazy Life.

In September 2018 she spent 28 days in the facility after her family urged her to seek help following wild partying antics in Mallorca.

At the time, she was confronted by her loved ones after shocking footage emerged of her rapping ‘I love coke’ during a booze-fuelled hen do. 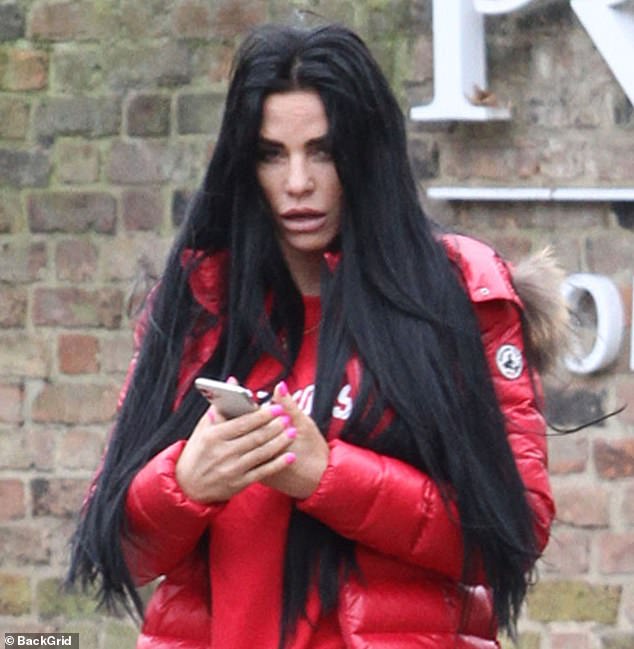 ‘People think I went into the Priory because of drink and drugs, it’s not true, it’s because of everything I’ve been through. There is a build-up of events. I’ve had to deal with so much.

‘Three incidents have happened to me in the last few months that led me to going in the Priory. I’ve been coping with life quite well, but it’s the incidents.

‘I didn’t ask for any of these incidents to happen, but they are quite serious incidents. It’s a mental health hospital. 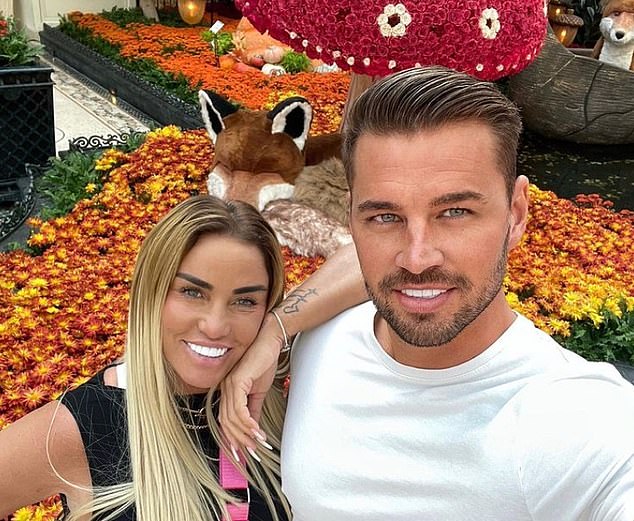 Moving on: Katie is now engaged to fiance Carl Woods and hopes to have children with him in the future

‘I said to my mum, I’m not in rehab. Every week I see my therapist. I can rant at him, and not those people close to me.’

Katie has endured a strained relationship with the fathers of her children over the years, but she has previously reached out to Peter and told him she ‘loved him’ while offering a public apology. However it seems things have now turned sour.

Kieran most recently spoke out and claimed he was ‘done’ with Katie, after her Las Vegas wedding prank, which saw her and Carl pretend they were set to wed.

Katie staged paparazzi pictures of them obtaining a marriage licence and were seen visiting a chapel and wedding dress shopping – before revealing it was all a joke.

Kieran told The Sun: ‘I’m done with it… I’m looking after the kids and that’s it.’

He added: ‘He [Carl] said they’re not going to get married. I don’t know much about it, all I know is I’m looking after the kids and that’s it.’

Katie and Dwight have differing versions of events regarding their son Harvey, as she claims the former footballer disowned their son. While he says she refused to let him have a relationship with the child.

However now Katie hopes to put the past behind her has she revealed her plans to have more children with her partner Carl, 32.

Explaining that they are looking at several methods to conceive, Katie said: I’m 43. Obviously, I want more kids. If I had natural births I would be going on and on. But I’ve had one natural birth and four Caesareans.

‘So I have to stick to that. Caesarean-wise I have seen a doctor and I can have another one. But at 43 your eggs get lower. If not, I would do a surrogate, obviously with Carl’s bits and my bits.  We have gone down the IVF route as well.’

Katie also opened up about previously suffering two miscarriages, which she has bravely spoken about in the past.

She said: ‘I’ve had two miscarriages. Just before I did the London Marathon I had one. But I didn’t want to let the charity down, so I did it.’ 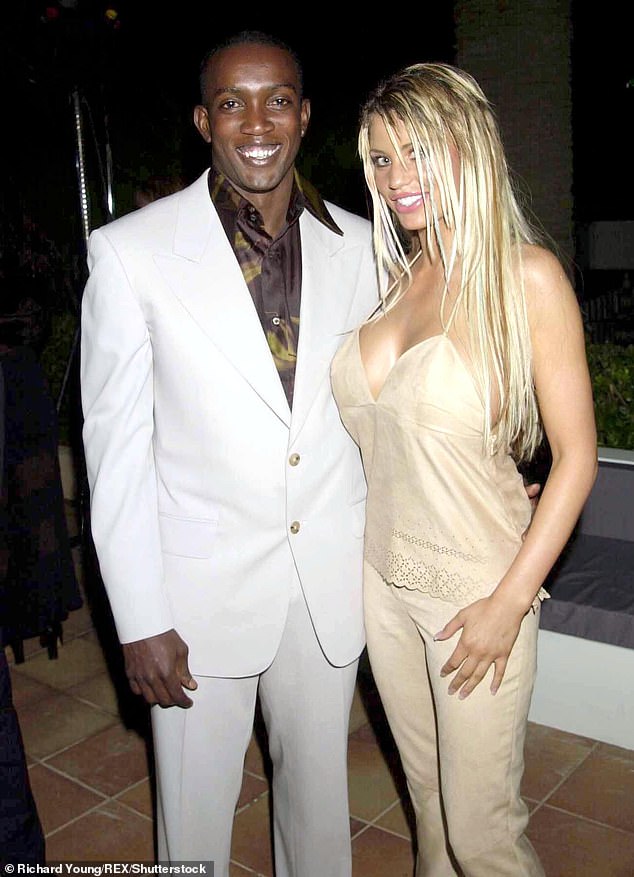 Former flame: Katie pictured with Dwight Yorke during their relationship in May 2001