Kevin Hart was front-and-center on Thursday in New York City at the premiere of his new Netflix mini-series True Story.

The comic/actor, 42, donned a light grey breasted suit with a black turtleneck at the black shoes, accessorizing with a large watch.

The Philadelphia native plays the role of a famed comedian named The Kid in the limited series on the streaming service, which will span seven episodes. 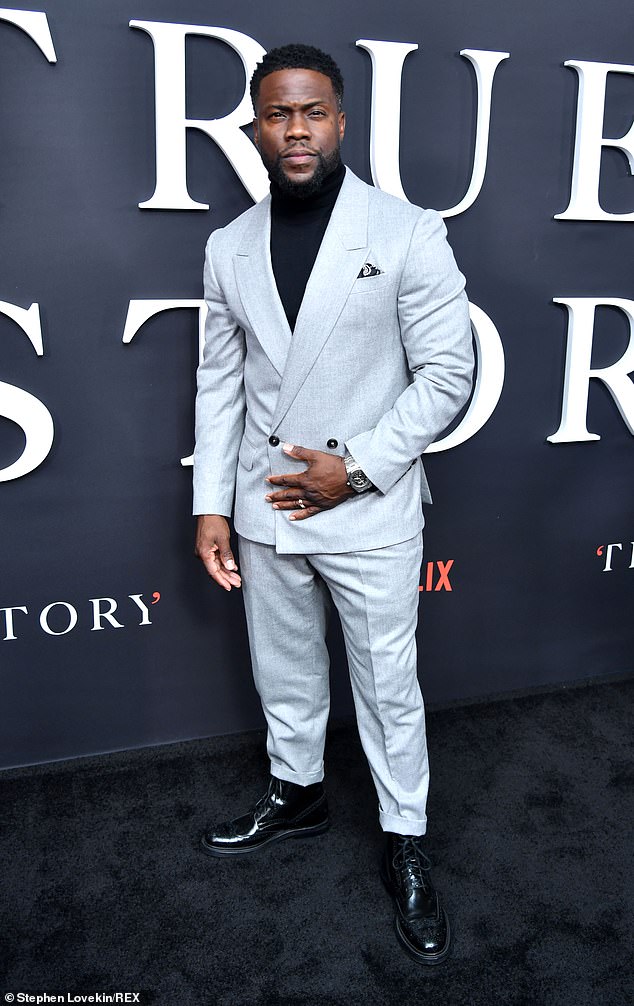 The latest: Kevin Hart, 42, was front-and-center on Thursday in New York City at the premiere of his new Netflix mini-series True Story

In the storyline, The Kid heads back to his native Philadelphia, where his older brother Carlton (Wesley Snipes) threatens his career and safety.

The Ride Along star posed for a photo with co-stars Billy Zane, Tawny Newsome, Paul Adelstein and executive producer Eric Newman at the event.

Hart, speaking with Entertainment Weekly in September, explained how the new project takes him on a different career turn, saying that the film ‘is about [him] finding new excitement in [his] craft, in [his] talent, and putting it on display.

‘This was an opportunity for me to step outside of my norm and partake in a genre of this craft that I never imagined that I would get to,’ he said. ‘My road to this type of role has been a long one, and I wanted to make sure that it was something that I could do and have my fan base really believe in, respect, and say, “We’ve actually witnessed him work his way to get here.” 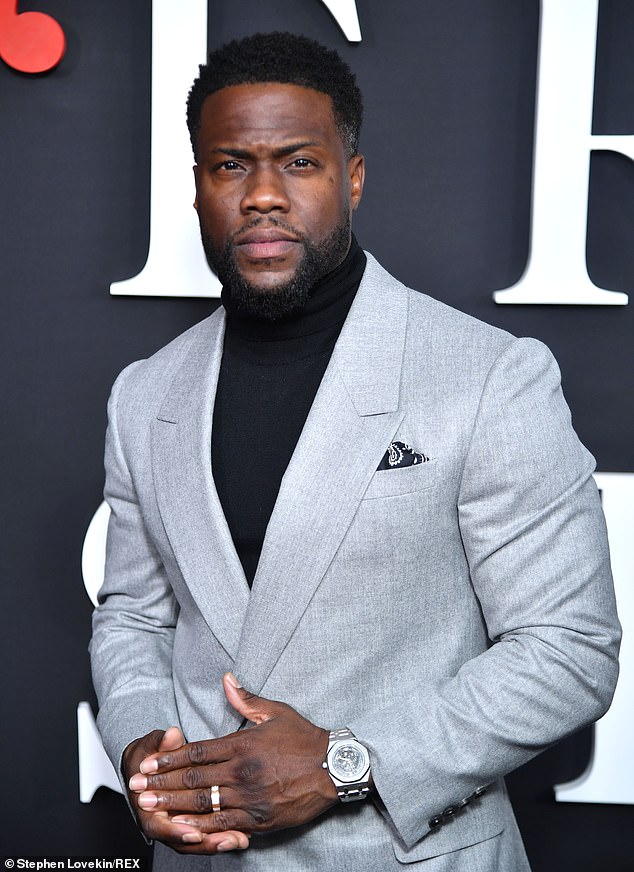 Hart said of the project, ‘This was an opportunity for me to step outside of my norm and partake in a genre of this craft that I never imagined that I would get to’ 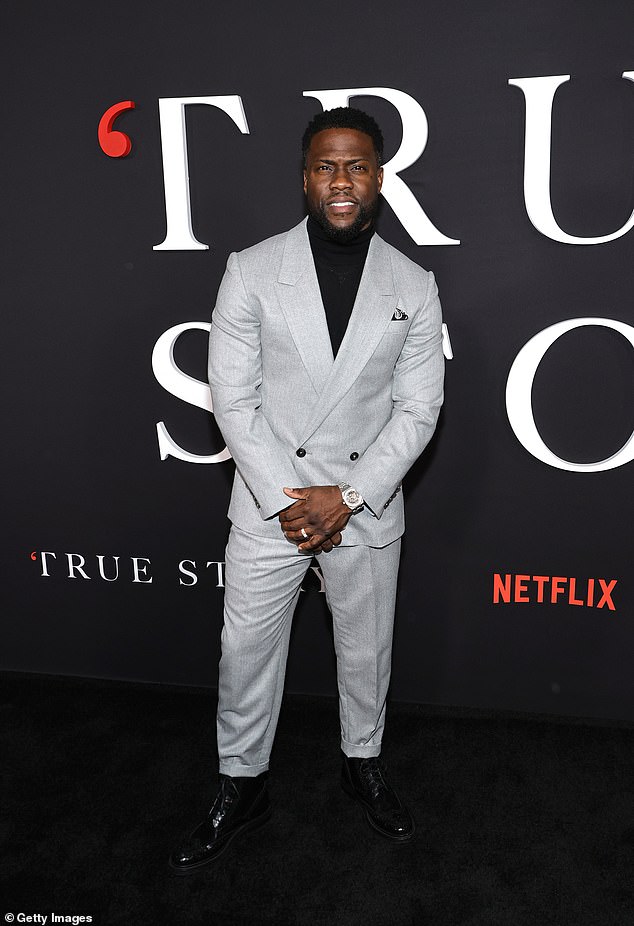 Hart said his fans will see a different side of him creatively in the thriller.

‘It’s a thriller; it’s like you’ve never seen me before,’ Hart said. ‘It’s a little artistic play. We wanted to raise the level of curiosity, like, “What is Kevin trying to say? Is he playing himself?”‘

Playing a superstar comic from the City of Brotherly Love, Hart said that his character’s ‘life kind of parallels mine to a certain degree, and then it’s exaggerated in some places.’ 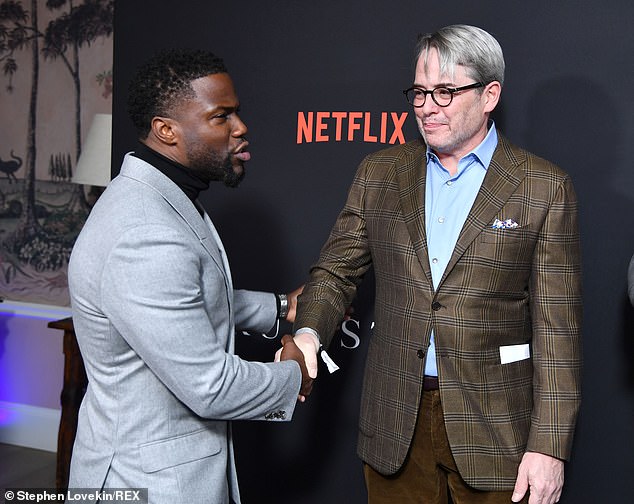 Hart was snapped shaking hands with Matthew Broderick at the event 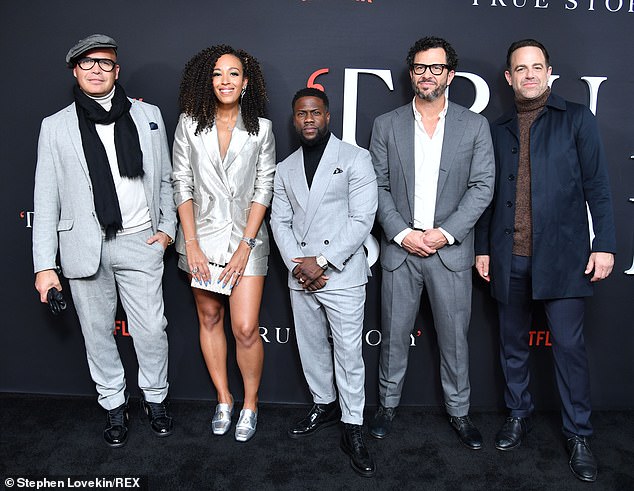 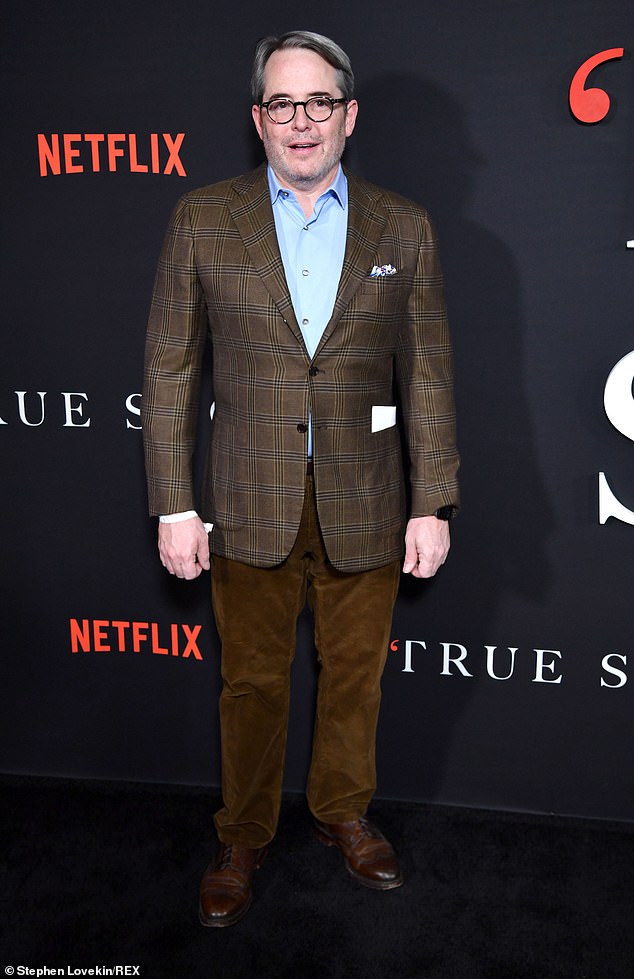 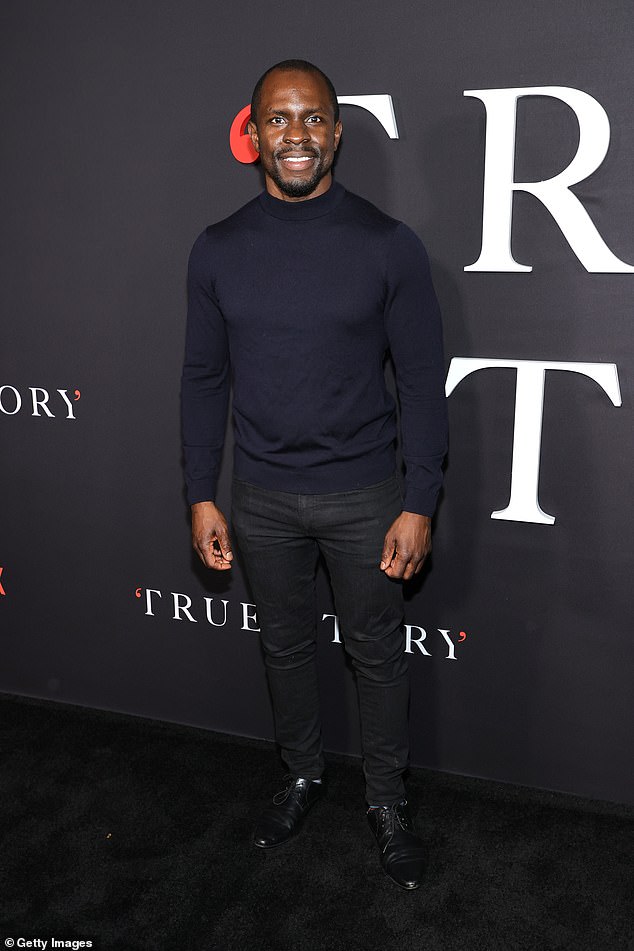 He opened up about the key issues broached in the mini-series, saying, ‘Ultimately it’s a question of, “How far would you go to protect the things you’ve worked hardest for? Where would you go to make sure those things remain yours and are never taken from you?”‘

Hart noted that ‘when life throws certain obstacles and challenges at you, sometimes you don’t even know what you’re capable of.

‘And that was the biggest thing, we wanted to put our character in a situation where he could ultimately shock himself and truly step outside of his norm to become a person that he never had no idea that he could ever be.’

True Story is slated to begin streaming on Netflix November 24. 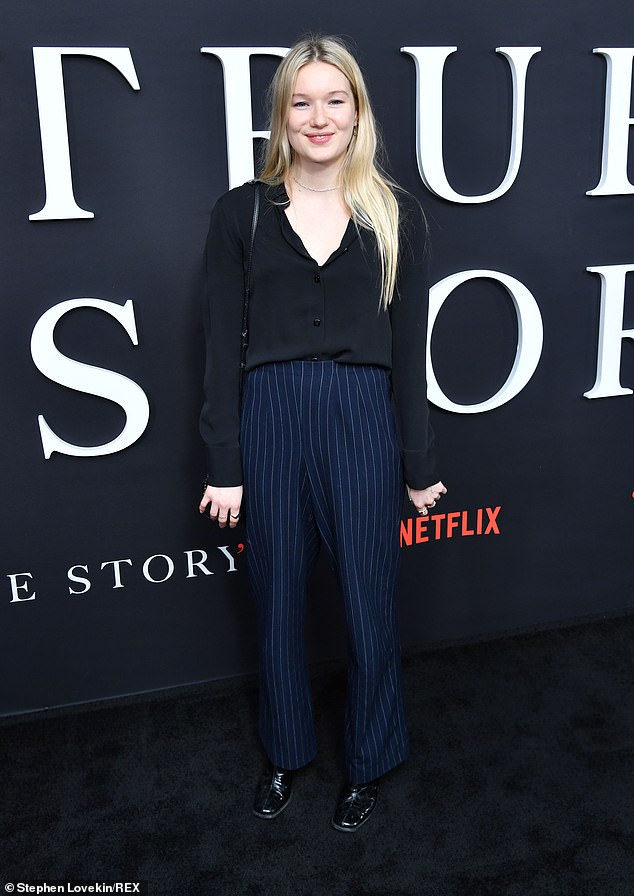 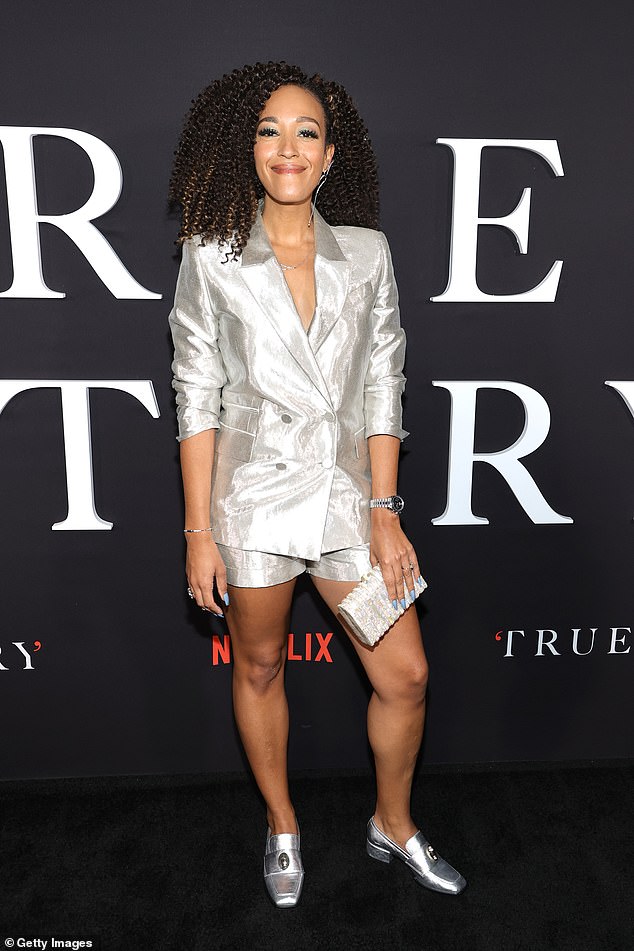 Tawny Newsome, who plays Billie on the show, donned a sleek silver ensemble 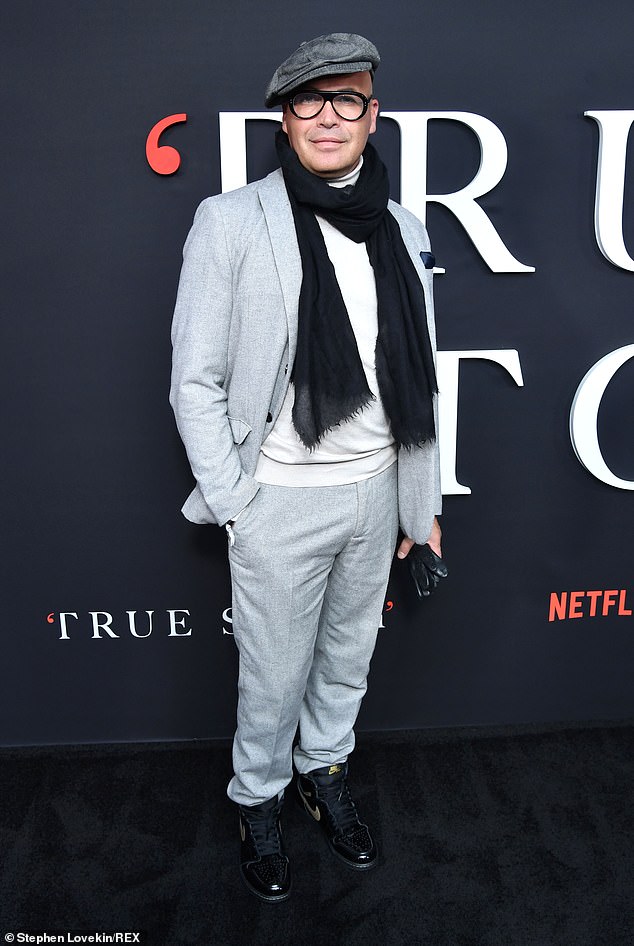 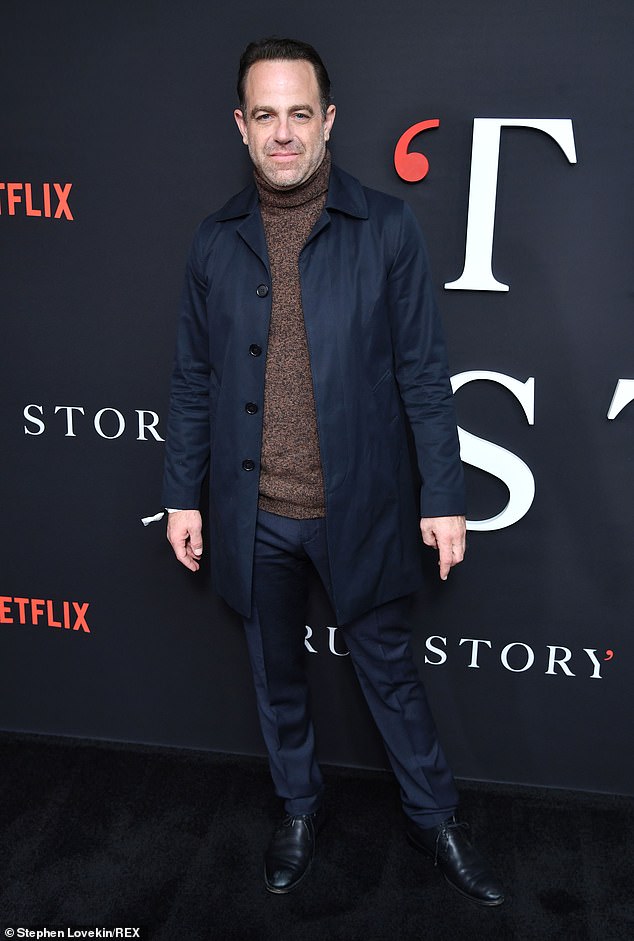 Paul Adelstein, who plays Todd on the show, wore a navy blue suit over a brown Sunspel turtleneck top