Khamzat Chimaev is pushing hard to fight a big name and called out no less than three retired UFC champions on Twitter.

The Cechen-born Swede has been a revelation since he made his debut for the organisation last year and many believe he is the only man who can challenge pound-for-pound No 1 at welterweight.

Chimaev is waiting for his next fight to be booked but is having some fun in the mean time, calling out just about every big name under the sun, whether they’re still fighting or not. 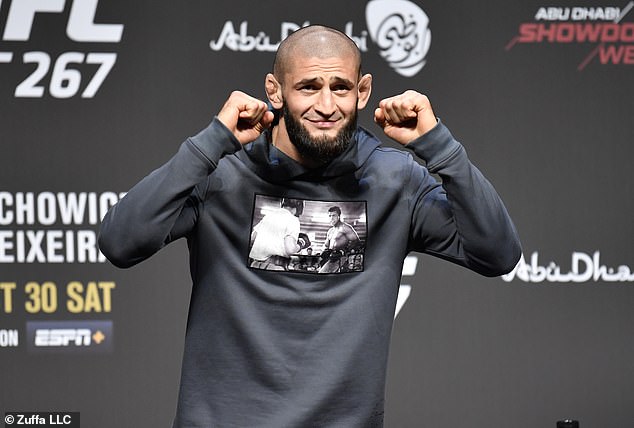 He messaged Georges St-Pierre: ‘New King of UFC vs a Legend. What you think?’

Wrote this to ex-heavyweight champion and WWE star Brock Lesner: ‘Let’s fight until one of us leaves the cage.’

And then moved his aim towards Daniel Cormier, who hung up his gloves last year to take up a full-time role as a pundit for the UFC.

Before DC replied: ‘In a real wrestling match? Are you crazy Khamzat? Love that you’re confident but brother this is 10-0 DC!’ 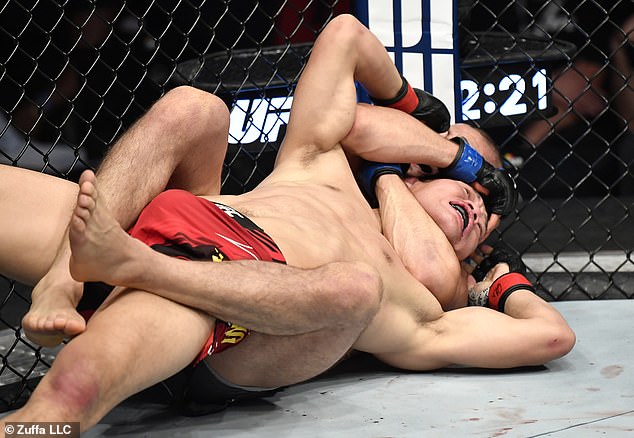 Chimaev recently fought middleweight contender Jack Hermansson in a freestyle wrestling contest and wiped the floor with him, despite being in the division below.

Dana White believes the 27-year-old is only one or two fights from a shot at the belt having so handily dealt with Li Jingliang in his last outing with another first-round submission.

Gilbert Burns has been touted as an opponent but for now nothing has been announced and the supremely confident Chimaev is continuing to chase the stars of past and present, regardless of weight class. 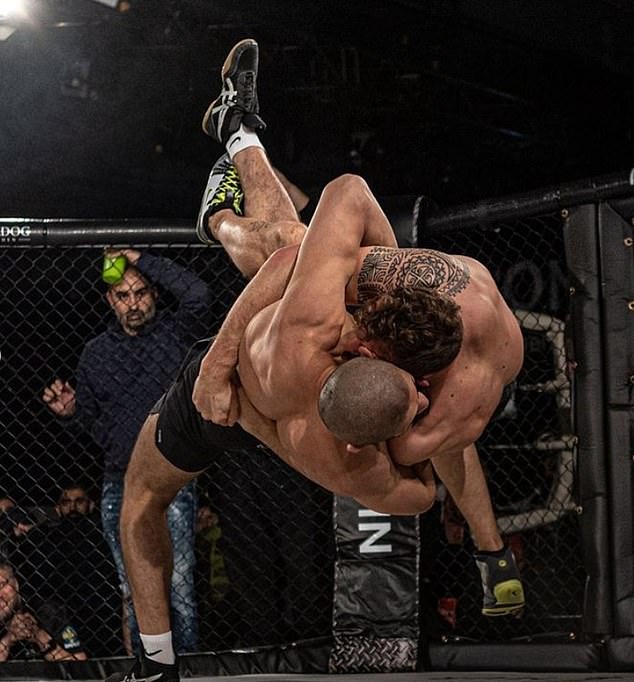