Kingsley Coman leaves France’s Euro 2020 camp to attend the birth of his child, as nation’s FA insist all ‘health’ precautions have been taken, with over 3,000 new cases of Covid reported daily back home

By Matt Barlow for MailOnline

Kingsley Coman has been granted permission for temporary leave from the France squad to attend the birth of his child.

A statement from the French FA said: ‘After consultation with UEFA and the UEFA Covid cell, Didier Deschamps and the Federation authorized Kingsley Coman to join his partner and attend the birth of his child. All precautions have been taken, particularly in terms of health.’

In France, cases for coronavirus are still high, with 3,058 new cases reported on Wednesday.

France arrived on Thursday in Budapest ahead of their second Group F fixture, against Hungary on Saturday. 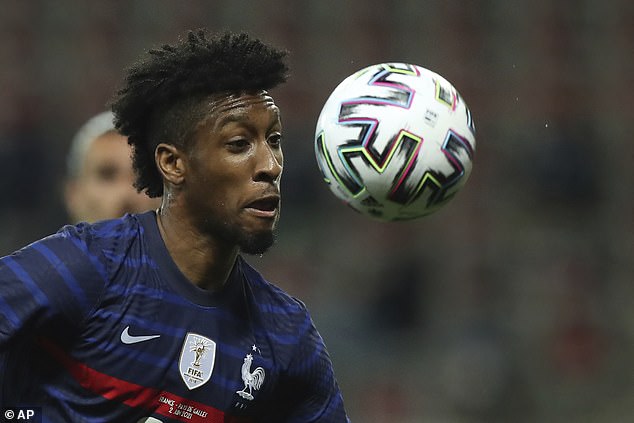 The Bayern Munich winger was left on the bench for Les Bleus opening match in Group F – a 1-0 victory over Germany in Munich.

Coman is currently the subject of feverish discussions over his future at the Allianz Arena.

The £60million-rated star is understood to be keen of the idea on moving away from the Bundesliga, with his agent Pini Zahavi sounding out possible suitors.

However, new Bayern boss Julian Nagelsmann is reportedly keen to see the Frenchman stick around and sees him as part of his plans for next season.

Manchester United are just one of the clubs that have been linked with him, and it is thought the former Juventus and Paris Saint-Germain man is keen on the idea of a move to the Premier League. 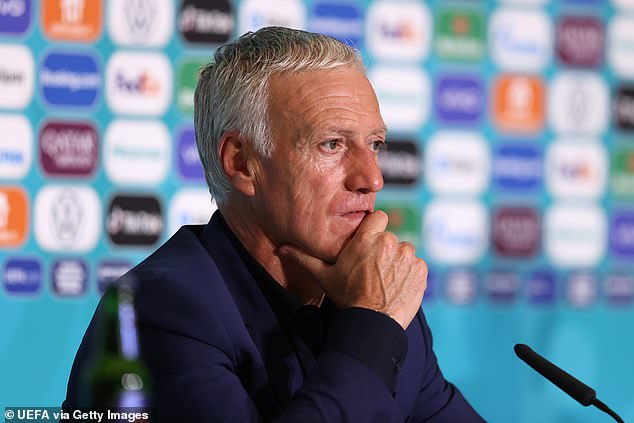