Labour has blasted Boris Johnson‘s plans to drop self-isolation rules for double-jabbed travellers from the EU and the US.

Deputy leader Angela Rayner said the proposals are ‘reckless’ as she warned of the risk of importing a new coronavirus variant.

Shadow home secretary Nick Thomas-Symonds echoed a similar sentiment as he said the Prime Minister risked repeating the ‘fiasco’ of the ‘Delta’ variant.

Labour’s criticism comes despite the struggling aviation and tourism sectors welcoming the move as they push for Britain to be further reopened to international passengers. 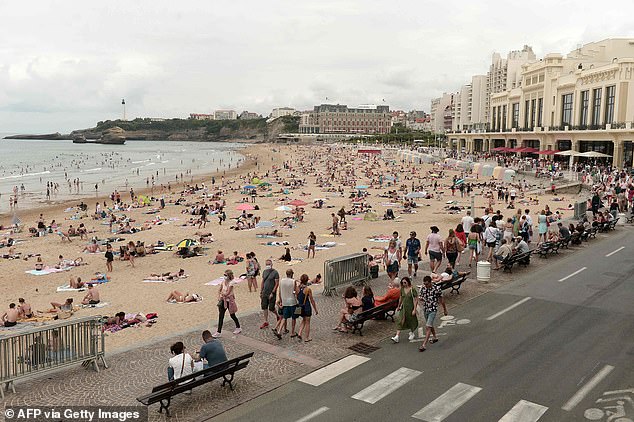 The Government is expected to lift quarantine rules for double-jabbed travellers from the US and the EU. A beach in Biarritz, France, is pictured on July 27 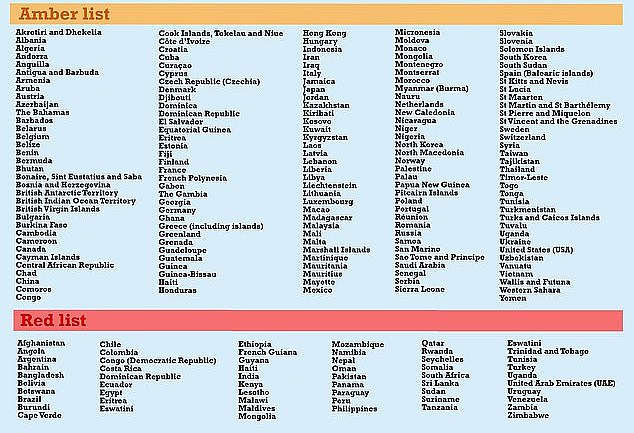 Current amber and red list destinations. A review of the UK travel list is expected on Wednesday or Thursday next week

The Covid-O group of ministers is meeting today to sign off exempting double-jabbed European and US travellers from quarantine rules in England.

The easing looks almost certain to go ahead after Mr Johnson voiced concerns the EU was further ahead in welcoming international travellers than the UK and risk ‘squandering its vaccine bonus’.

Changes are expected as soon as next week, while countries outside the EU and US could be allowed inbound quarantine-free travel at a later date, The Times reported.

Ms Rayner condemned the plans for quarantine exemptions, telling Sky News: ‘This is reckless. We know that the Delta variant came into this country and delayed the lifting of some of the restrictions and caused infections here,’ she told Sky News.

‘We need to make sure that we have got data driven analysis and we look at an international passport for vaccines.

‘We also know that people who have had the vaccine of course can still get the virus, so a testing regime is very important and crucial as well.’

Mr Thomas-Symonds said in a statement: ‘Everyone wants to see international travel open up, but safety has to come first.

‘The last thing our country needs is to be exposed to yet more dangerous variants – repeating the fiasco that allowed the Johnson variant to cause such damage.

‘Throughout the pandemic the Government’s border policy has been reckless and dangerous.’

But travel bosses welcomed the shift after months of pushing for rules to be relaxed.

Paul Charles, chief executive of travel consultancy The PC Agency, said allowing fully vaccinated US and EU citizens to enter the UK without going into quarantine ‘would finally be the dawn of a consistent global policy’.

He said: ‘Foreign visitors are essential to UK plc.’

The UK economy is estimated to be losing as much as £639million every day because of the current limits in place on incoming tourists.

Since July 19, double-jabbed Britons have been able to travel to and from amber list countries without quarantining upon their return, but the same right was not extended to those who received jabs abroad. 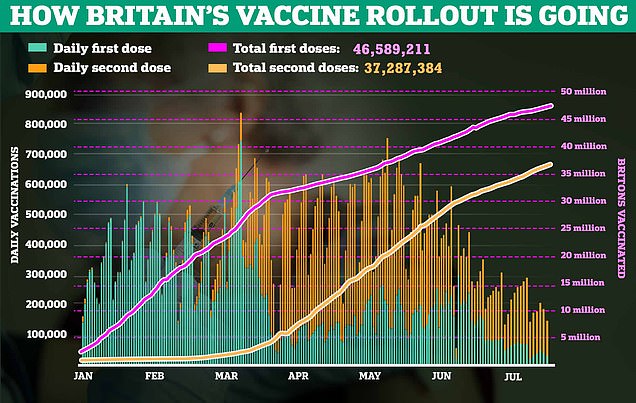 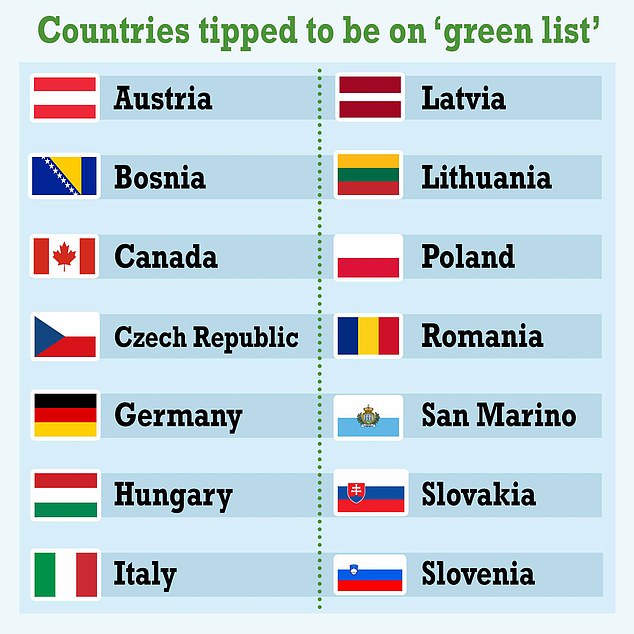 The plans would initially only apply to England but other UK nations could follow suit.

Under the proposals, airlines will be expected to approve passengers’ vaccine status before check-in for England-bound flights, to prevent huge queues at passport control.

A trial was carried out by Heathrow, BA and Virgin which found they could overcome 99 per cent of the difficulties in verifying the vaccination status of travellers from the US.

Different states have different paper and digital certificates, but airports and airlines are hoping for the new rules to be smoothly adopted.

Ministers will also approve plans to allow all double vaccinated expats to travel to the UK from amber list countries without the need to quarantine.

Only Britons vaccinated by the NHS are currently exempt from quarantine.