Former Chelsea boss Frank Lampard ‘wouldn’t be surprised’ if Gareth Southgate picks Mount for Germany clash despite missing 10 days’ training through isolation: ‘Mason is so intelligent you can drop the gameplan in meetings and he picks things up’

The midfielder and defender Ben Chilwell have been ordered to self-isolate until Monday after they were seen interacting with Chelsea team-mate Billy Gilmour after England’s draw with Scotland last Friday. 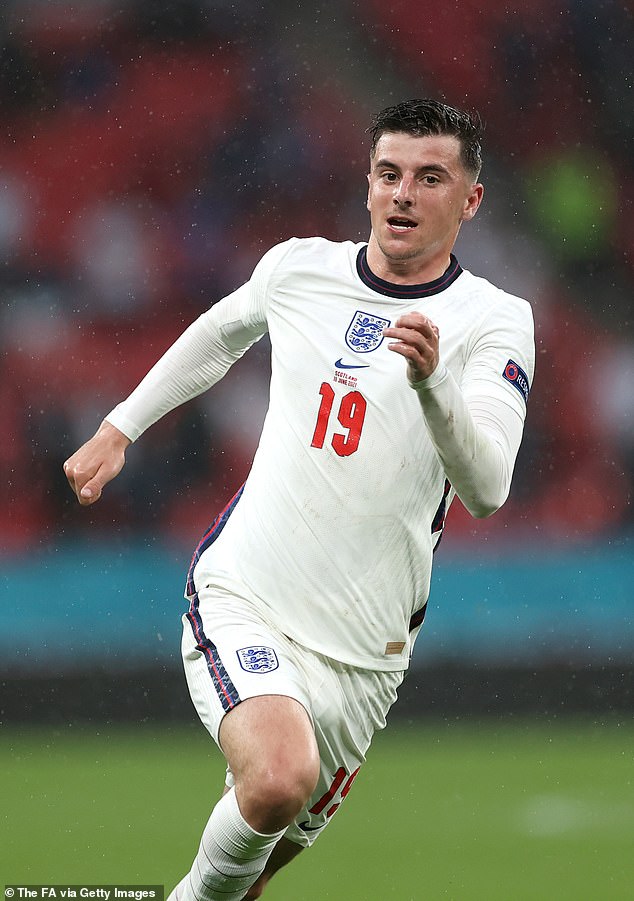 Midfielder Mason Mount must self-isolate until Monday, the day before England face Germany

The FA are seeking permission from Public Health England for the pair, who have tested negative, to take part in socially-distanced training with their team-mates over the next few days in the hope they can play against Germany next Tuesday.

And former Chelsea boss Lampard said Southgate can rely on Mount to be ready for the Wembley showdown despite the setback.

He told the BBC: ‘His fitness is unquestioned. How he will handle himself, I’m not sure what the practical nature of it and if he can go out and train but if he can on his own and keep himself at a level.

‘I think Gareth can rely on him, the game we’re gonna have we’ll need to be very good off the ball as we are on it and Mason is a very complete package. 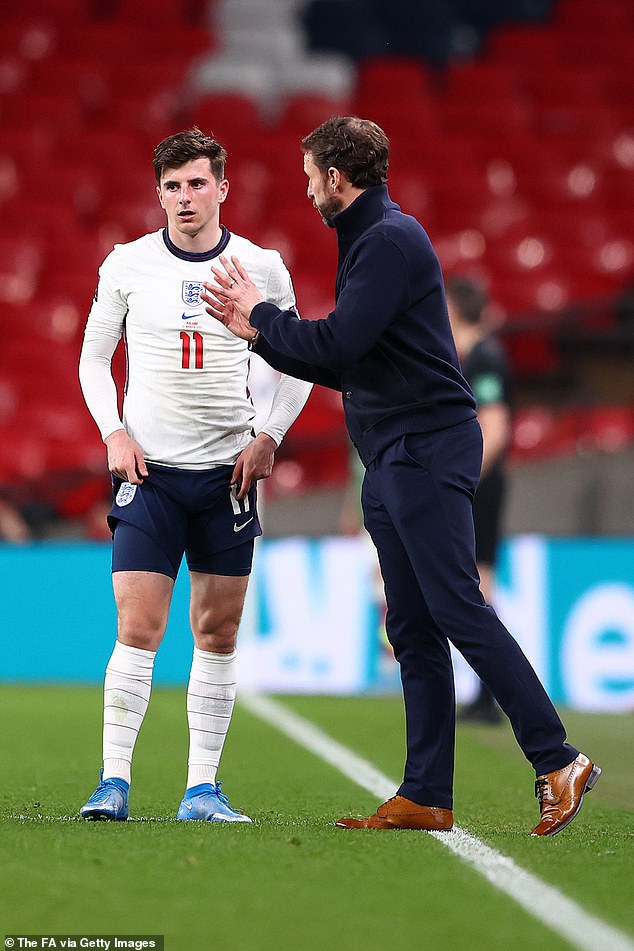 ‘I just sense if he can train on Monday with the team, get him anywhere near fit, I think Mason is so intelligent you can drop the game plan to Mason in meetings and he picks things up. So I wouldn’t be surprised if he relies on Mason whatever.’

He said: ‘Mount’s a young kid, fearless of whatever you throw him into.’

Former Crystal Palace and England winger Andros Townsend said he could not see how Mount could play. 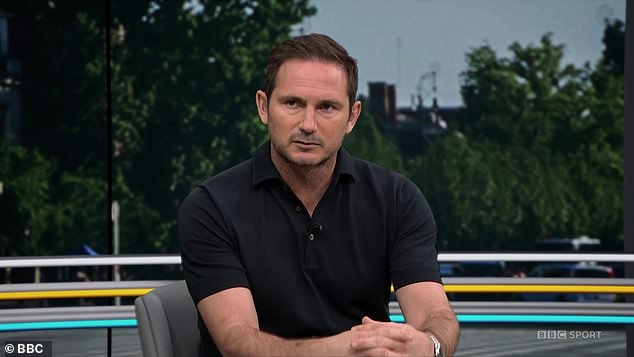 He told ITV: ‘He will have missed all the meetings, training together on the pitch, tactics and I just can’t see how you go into the game and be ready to play Germany. So unfortunately I think Mason Mount has to miss out.’

The FA are hopeful that, if the Chelsea pair continue to record daily negative tests, they will be gradually allowed back into group training.

Public Health England told the FA initially that Mount and Chilwell would have to train on their own at St George’s Park until Monday when confirming the pair had to isolate on Tuesday morning, but Southgate has asked officials for clarification.

The FA are understood to have pointed Public Health England to the precedent of socially-distanced training set by the Premier League clubs ahead of Project Restart last summer, when players were initially only permitted to work in groups of five before resuming contact training after a fortnight.

Southgate remains hopeful that Mount and Chilwell can take some part in meaningful training exercises over the next week.