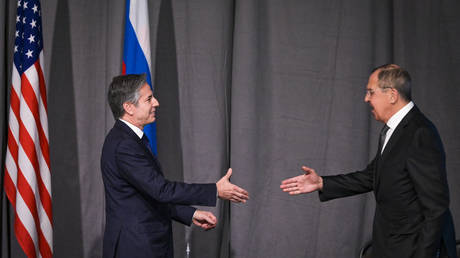 Russian Foreign Minister Sergey Lavrov and US Secretary of State Antony Blinken shook hands for the first time on Thursday in Stockholm. During their previous in-person meeting, they greeted with a Covid-friendly elbow bump.

That was in Iceland, last May, where they held a cordial and business-like discussion.

On Thursday, they were set to discuss tensions around Ukraine, in the Swedish capital, on the sidelines of an OSCE event.

The meeting came as NATO accused Russia of amassing forces close to Ukrainian borders. Moscow has rejected allegations that it is planning to invade its neighbour.

Headlines Gupta brothers await extradition to South Africa after years of refuge in the...