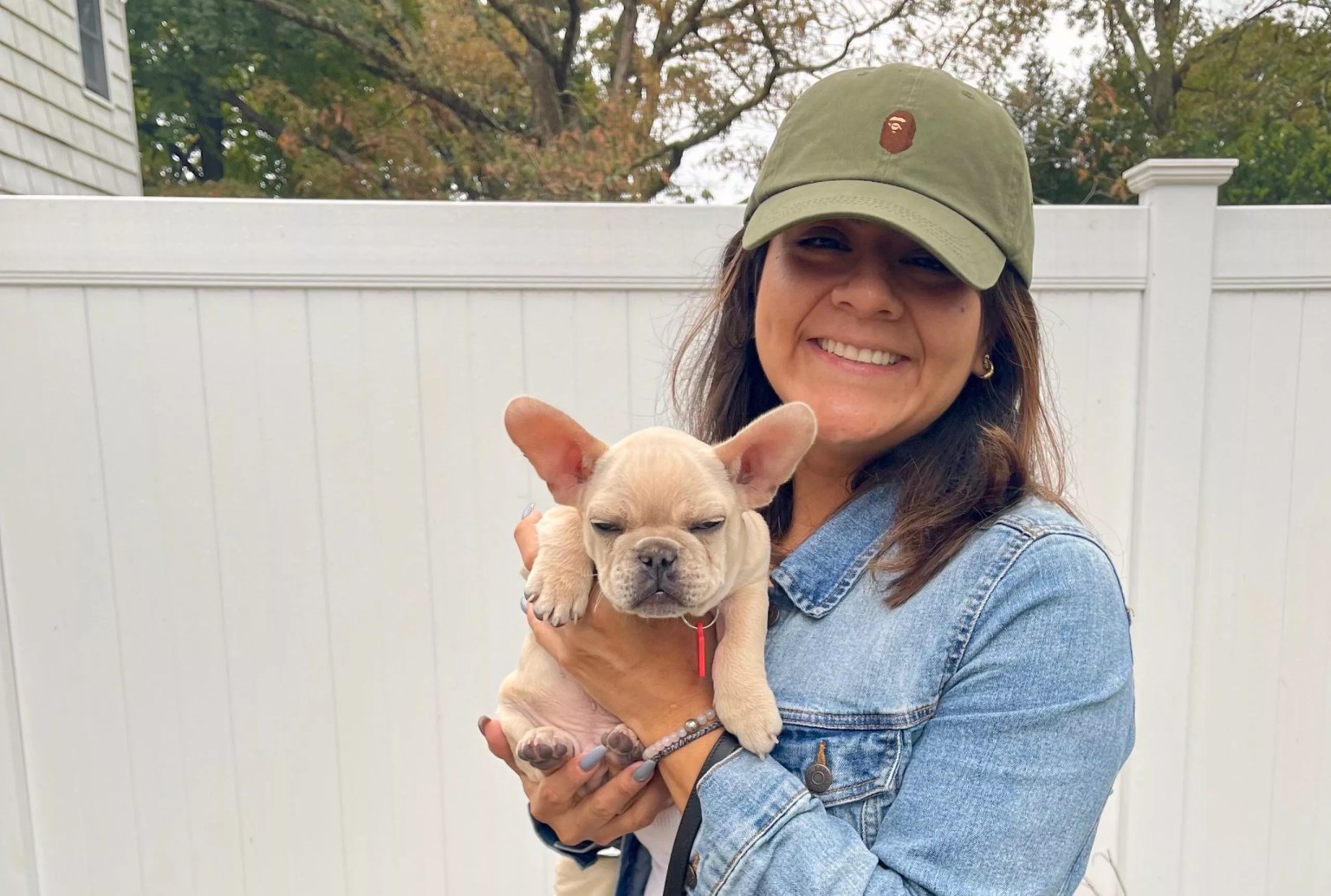 A French bulldog was snatched from a Long Island home this weekend — the second time Suffolk County crooks stole a dog of that breed since Thanksgiving.

Zushi, a 3-month-old male puppy, was dognapped from a house in Bay Shore either Saturday or Sunday, police said.

The burglar or burglars also took clothing and cash from the Farrington Avenue home after breaking in through the back door of the house, according to cops.

The disturbing incident came after a suspect broke into a Huntington home on Thursday and grabbed Stella, a 4-year-old French bulldog, and a Sony PlayStation 5 while her owners ate Thanksgiving dinner at a relative’s house.

Stella was found unharmed two days later in Center Moriches, and owner Matthew Hauck, 34, told The Post he believed that media attention scared the bumbling bandit into releasing the dog some 50 miles away from the scene of the crime.

Hauck theorized that the dognapping was a crime of opportunity committed by a suspect or suspects that were looking to target empty houses over the holiday.

No arrests had been made in that incident and police did not say if they believed the crimes were related.