An 11ft 8inch bridge in North Carolina has destroyed so many trucks that a video of vehicles repeatedly having their roofs ripped off has become a viral sensation.

Durham man Jurgen Henn, who works in a retail complex near the scene in Durham, said he heard so many crunches and metal grinding crashed over the years that he finally decided to set up a camera to record the accidents.

In no time at all he’d filmed eight crashes and missed two others he knew about and worked out that a crash occurred about once a month. 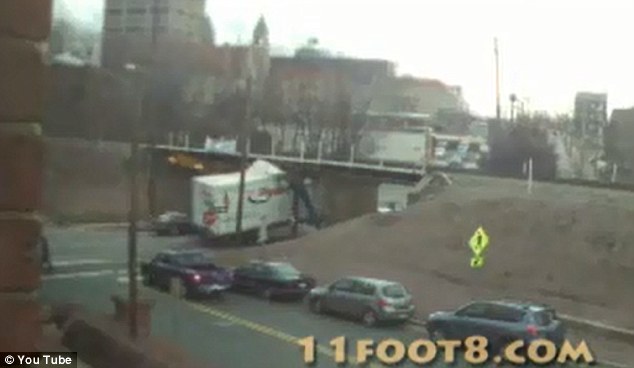 Film: Durham man Jurgen Henn decided to set up a video camera to record the accidents 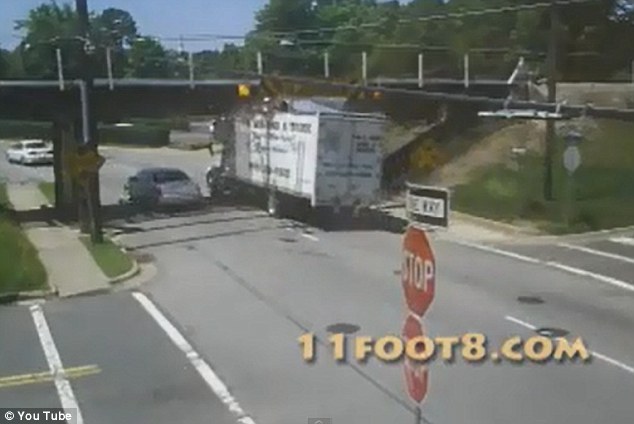 Problem area: Mr Henn filmed eight crashes and missed another two that he had heard about

‘That’s almost a crash a month,’ he told WRAL.

A video of the crashed he posted to YouTube has earned more than 300,000 views.

Mr Henn said: ‘It’s always sort of a mixture of, like, ‘Whoa Look At This!’ and ‘Oh my God, what could have happened?’

He described the crashing noise as ‘earth shattering’ and he said it makes passersby and people in surrounding buildings jump.

Mr Henn said of the drivers: ‘They certainly seem distracted and the rental truck drivers are also probably inexperienced.’ 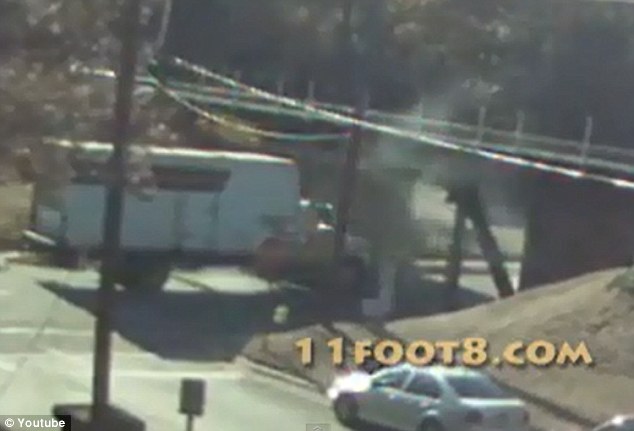 Crash: Authorities have warned drivers about the 11ft eight inch bridge but they have been ignored 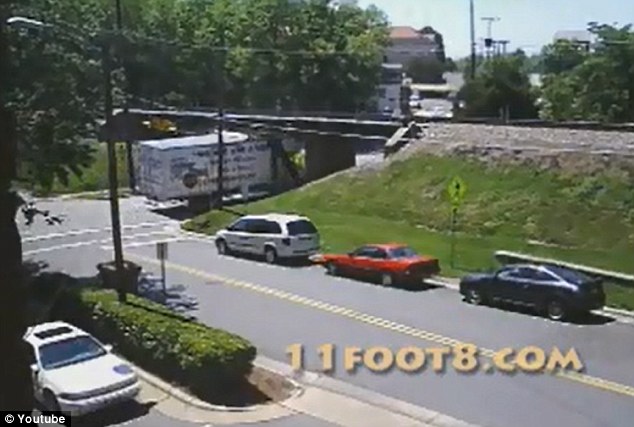 Viral: The shocking footage has attracted more than 300,000 views on You Tube

The bridge is about 100 years old and when it was built there were no minimum clearance standards.

The city installed signs warning drivers about the clearance under the bridge, along with a sensory system that triggers a blinking light to warn oversized trucks.

However drivers still have their roofs scraped off attempting to clear it.

The state Department of Transportation is responsible for maintaining Gregson Street, and engineers say there is nothing left to do to prevent future collisions.

‘There’s an issue with who is responsible,’ Henn said. ‘Who’s problem is it? It’s tricky.’