Euro 2020 could be over for Everton‘s Lucas Digne after he suffered a thigh injury just seven minutes after coming on as a half-time substitute for France during their draw against Portugal.

Digne came on to replace Lucas Hernandez, who went off with a knee problem which has been niggling away at him for a few days and ruled him out of the previous game against Hungary.

Hernandez had also been booked in the first half and France boss Didier Deschamps did not want to take a risk of a ban. 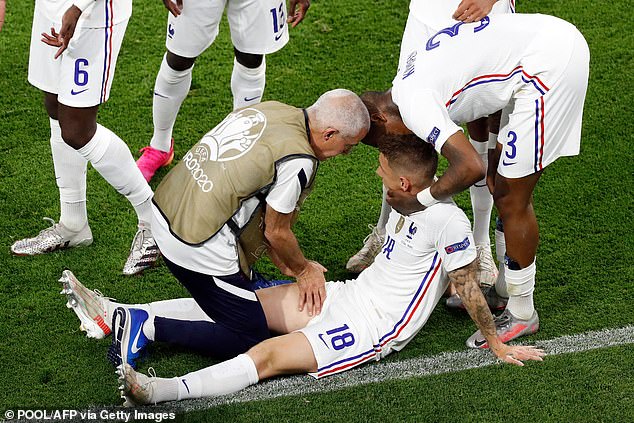 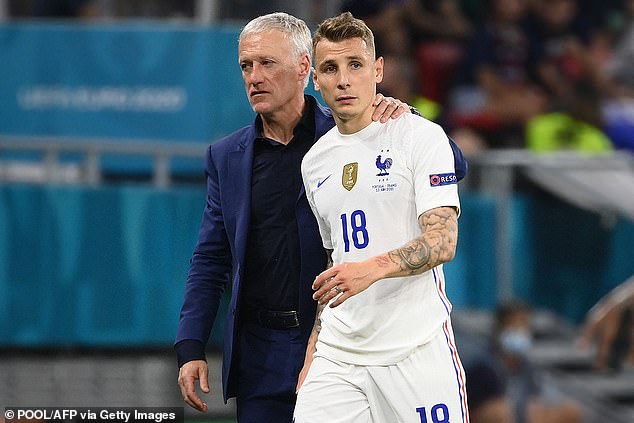 ‘Lucas Digne has something with his thigh muscle,’ said Deschamps. ‘It can be complicated. We will see but normally a muscle injury like this it is not a good sign.’

France won Group F after a thrilling game of three penalties against Portugal.

Cristiano Ronaldo fired the Portuguese ahead with a penalty before Karim Benzema levelled from the spot, his first goal since ending a long exile from the national team.

‘Everyone was waiting for this goal,’ said the Real Madrid striker. ‘I am used to the pressure but it is a different pressure with the national team because there’s a whole country. 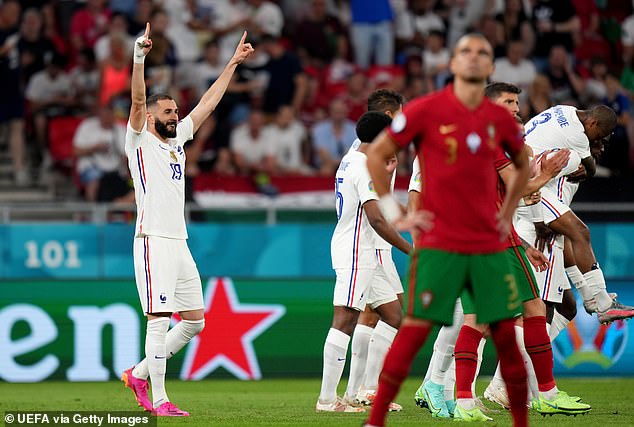 ‘I knew as soon as back in the national team to criticis would come out. This is football but I never give up. As soon as I step on the pitch I want to score. For me it was a great pleasure.

‘You could see as soon as I put the ball down on the penalty spot the supporters helped me a lot to stay concentrated and to put in the second goal after half-time.’

Benzema added a second soon after the interval before Ronaldo levelled with his second penalty of the night and his 109th international goal in total, equalling the men’s record held by Ali Daei of Iran.