The former girlfriend of Christian Brueckner, the prime suspect in the disappearance of Madeleine McCann from a Portuguese holiday resort, says he admitted being close to the youngster’s apartment when she vanished.

In an exclusive interview with The Mail on Sunday, Nakscije Miftari recalled Brueckner falling silent when the subject of Madeleine’s abduction was raised by friends during a party in early 2014 at their flat in Braunschweig, northern Germany.

‘I remember he made no answer to the question. After they went, I asked about Maddie as I did not know anything about her,’ she said. 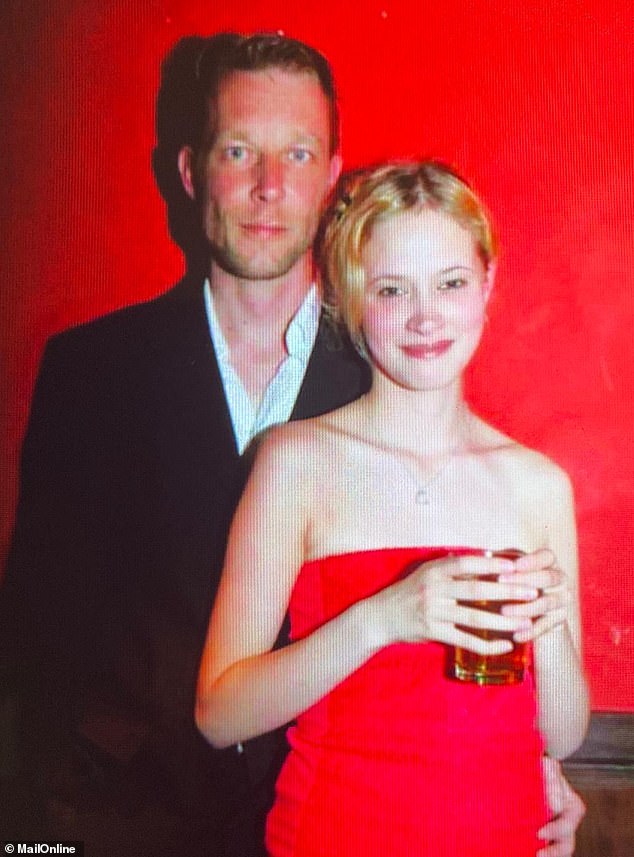 Nakscije Miftari, pictured right with her ex boyfriend, recalled Brueckner falling silent when the subject of Madeleine’s abduction was raised by friends during a party in early 2014 at their flat in Braunschweig, northern Germany

‘I asked him about it and he said, “I know about Maddie, I was near the hotel at the time. I was living in the area at the time. I am not going to say anything more. I am not a stupid guy, I am a businessman.” ’

German prosecutors are convinced that sexual predator Brueckner, 44, snatched Madeleine, then aged three, from the Ocean Club resort in Praia da Luz on May 3, 2007, but are struggling to compile enough evidence to bring charges.

Ms Miftari’s dramatic testimony – which she has already shared with German police – is the first in which Brueckner is said to have confessed to being at the scene of the crime.

Speaking for the first time, Ms Miftari, 25, told how terrified she was of violent, controlling Brueckner and of discovering his warped interest in child pornography featuring young blonde girls.

She was just 17 in 2013 when she met the apparently charming and generous owner of a kiosk shop in Braunschweig, where she had gone to buy sweets. 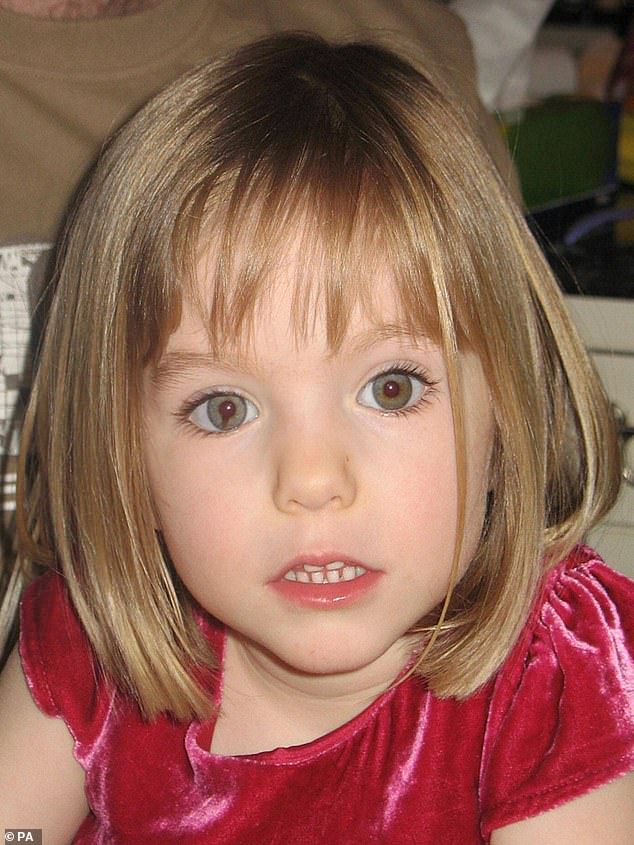 Madeleine McCann went missing aged three, from the Ocean Club resort in Praia da Luz on May 3, 2007, and German prosecutors are convinced that sexual predator Brueckner, 44, snatched her

‘The first time I saw him, he was on his mobile phone at the kiosk,’ she said. ‘He got off the phone and said, “Hello lady, how can I help you?” I was surprised as no one called me a lady before.

‘He asked me to have a look and choose what I wanted. Then, when I asked him how much I should pay, he said, “Nothing, a lady doesn’t have to pay in my kiosk.” ’

Despite her being less than half Brueckner’s age, they began dating and Ms Miftari even considered marriage.

But about a year into their relationship, she found child pornography on his mobile phone and laptop, much of it featuring blonde girls. Brueckner was in some of the videos.

When she confronted him, Brueckner launched a savage attack on her.

‘I asked him about the videos and pictures and that’s when he punched me,’ she said. ‘I fell down the stairs and was unconscious for about ten minutes.’

Ignoring her mother’s pleas, Ms Miftari, a German Muslim of Kosovan origin, remained in contact with Brueckner even when he fled to Portugal as police began to close the net.

He was eventually returned to Germany on a European arrest warrant in 2017 and was later given a 15-month prison term for abusing the five-year-old.

German police dramatically announced that he was the prime suspect in the Madeleine case in June 2020, while he was still serving that sentence. 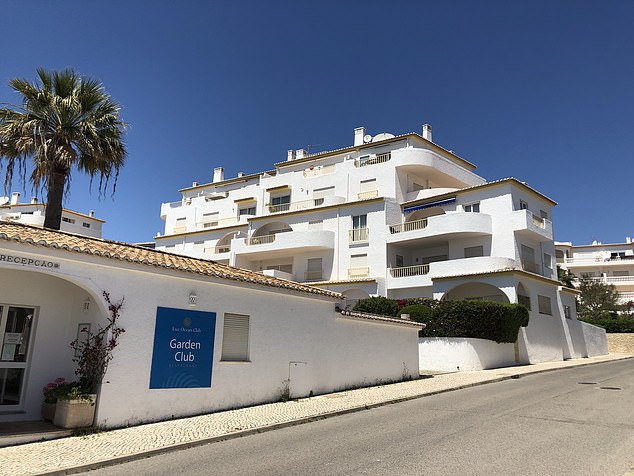 Ocean Club, Praia da Luz, near Lagos, Portugal. Madeleine McCann went missing from the Ocean Club in May 2007 and was subsequently not found

He has since been given a further seven-and-a-half-year prison term for the rape of an American pensioner in Praia da Luz in 2005.

Madeleine vanished from her family’s holiday apartment while her parents, Kate and Gerry McCann, were dining with friends at a nearby tapas restaurant.

German police have established that Brueckner, who denies any involvement in Madeleine’s disappearance and has refused to speak to police or prosecutors, was living in the Algarve.

Mobile phone signals show he was near the Ocean Club resort on the evening of May 3, 2007.

Ms Miftari, who admitted to visiting the Algarve with Brueckner but refused to say whether it was before or after he fled Braunschweig in 2014, is now trying to rebuild her life.

But she still struggles to believe that she fell in love with a monster.

She added: ‘I have no feelings any more for Christian.

‘I cannot believe he was doing all these things.

‘I have heard so much about him in the past year and I was always hoping it was not true, even today.’

Vile paedophile Christian Brueckner spoke about making sure a kidnapped child would never be found, according to a former friend.

Gunter Bartl, who lived in Praia da Luz, where Madeleine McCann vanished in May 2007, said Brueckner would become ‘nervous and defensive’ whenever the case of the missing British three-year-old was discussed and once chillingly said: ‘Everything is possible. If you like to catch a child and take it away, you will never find it again.’

Mr Bartl, 58, who worked as an estate agent in the Algarve, knew Brueckner well, as they were both part of the same social circle of German speakers.

‘Personally, I think he is capable of kidnapping Maddie. He would do anything for money,’ he said.

‘I knew Christian handled drugs and stolen things and I knew he used to try going into hotels where rich people stayed.’

Brueckner’s callous comments have a chilling similarity to a conversation he is said to have had with colleagues at the kiosk he ran in the German city of Braunschweig in 2014.

Lenta Johlitz, who worked at the kiosk, revealed last year how the serial sex offender became agitated when the Madeleine case was discussed.

Ms Johlitz claimed Brueckner wanted her and others to stop talking about it, saying: ‘The child is now dead and now that’s a good thing.

‘You can make a body disappear quickly.’ German prosecutors said last month they were ‘100 per cent sure’ Brueckner kidnapped and killed Madeleine.

They said their investigation could last until at least next year. Brueckner, who was reported in August to be in solitary confinement at Oldenburg prison near Bremen, north-west Germany, denies involvement in her disappearance.