Love that chicken? Popeye’s restaurant in DC is shut down after RATS are filmed running free

By Tommy Taylor For Dailymail.Com

A chicken delivery man captured horrifying video of rats running free in the kitchen of a Washington DC Popeye’s restaurant.

The DC restaurant was shut down by health officials Thursday after they saw the viral footage of the rats running across the floor and up the walls of the fast food outfit’s kitchen.

The clip was posted by TikTok user @blaqazzrick101 who delivers food for the restaurant at 409 Eighth St. SE, near D.C.’s Eastern Market. 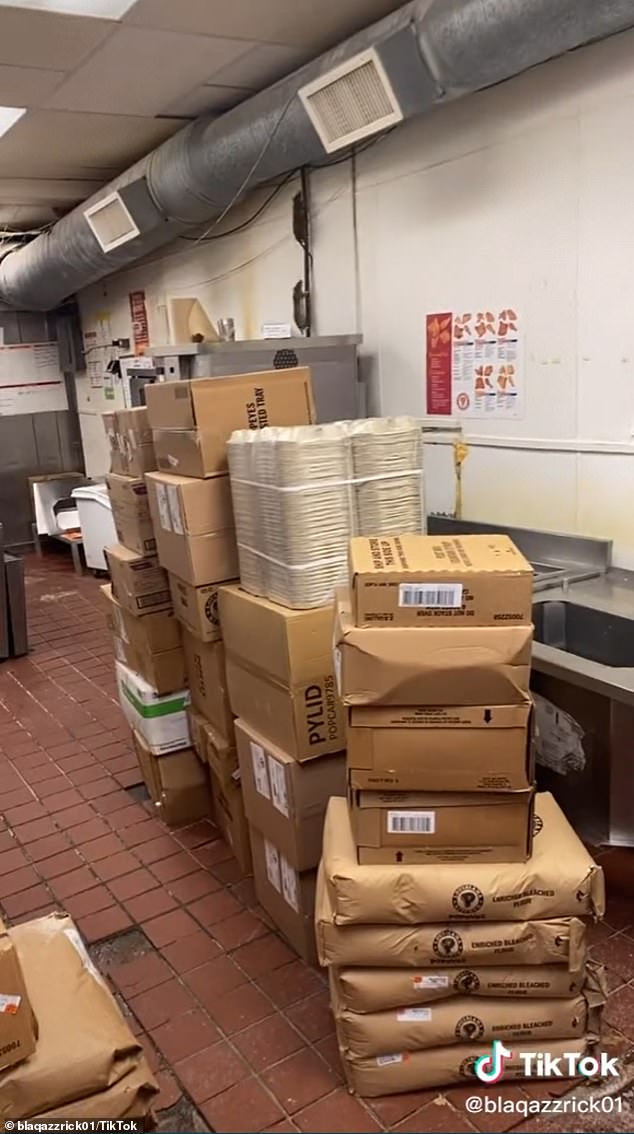 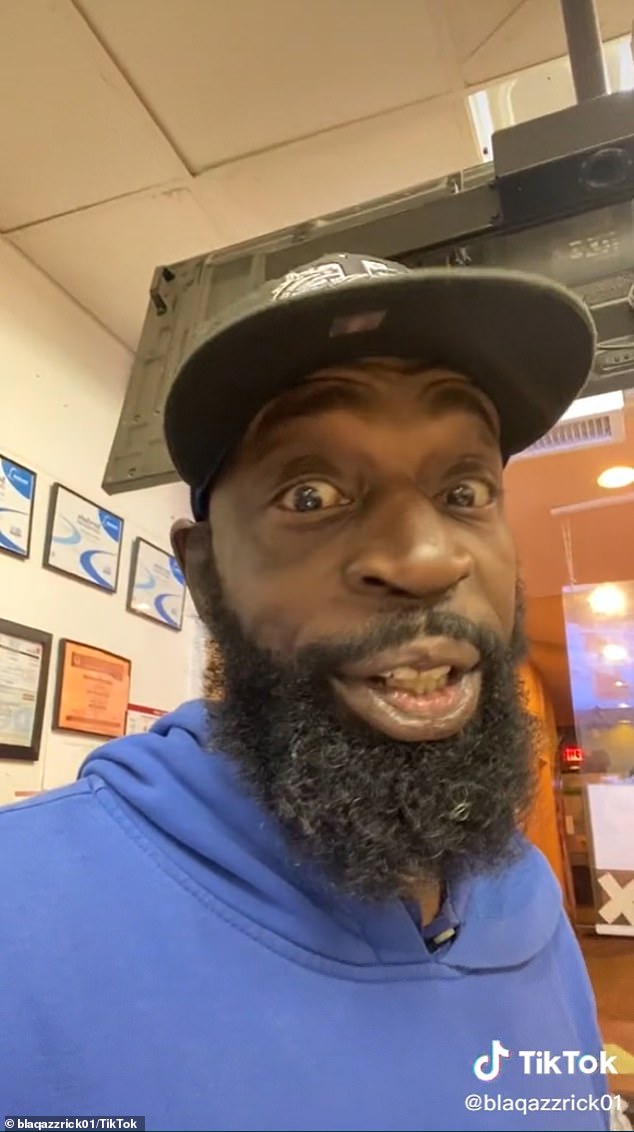 The footage begins with the delivery man standing in front of the DC location asking, ‘Y’all wanna see something?’

‘I deliver all the raw chicken to all the Popeyes in the DC area,’ he adds.

He then walks toward the front of the store saying, ‘It’s this joint right here’.

Once inside, the man walks through the empty restaurant and makes his way to the back kitchen. ‘Watch this s**t right here,’ he says. ‘This is Popeye’s.’

He turns on the kitchen light and a rat almost instantly is seen scurrying across the floor. The man shouts, ‘Look!’ as multiple rats zip over the floor and then up the wall. 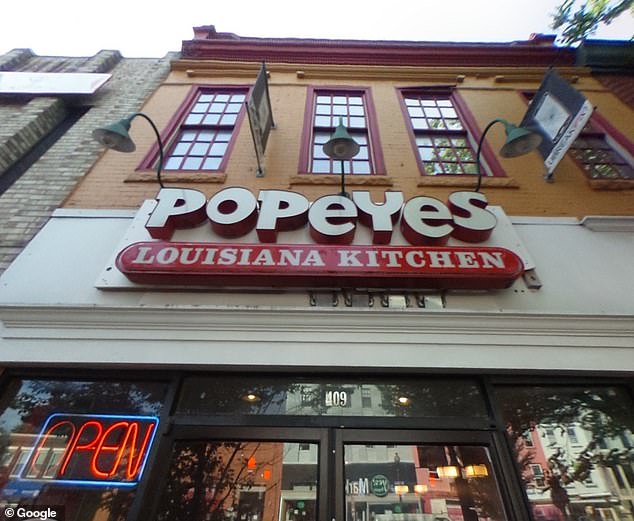 The incident was filmed at the Popeye’s store on 409 Eighth St SE, near DC’s Eastern Market 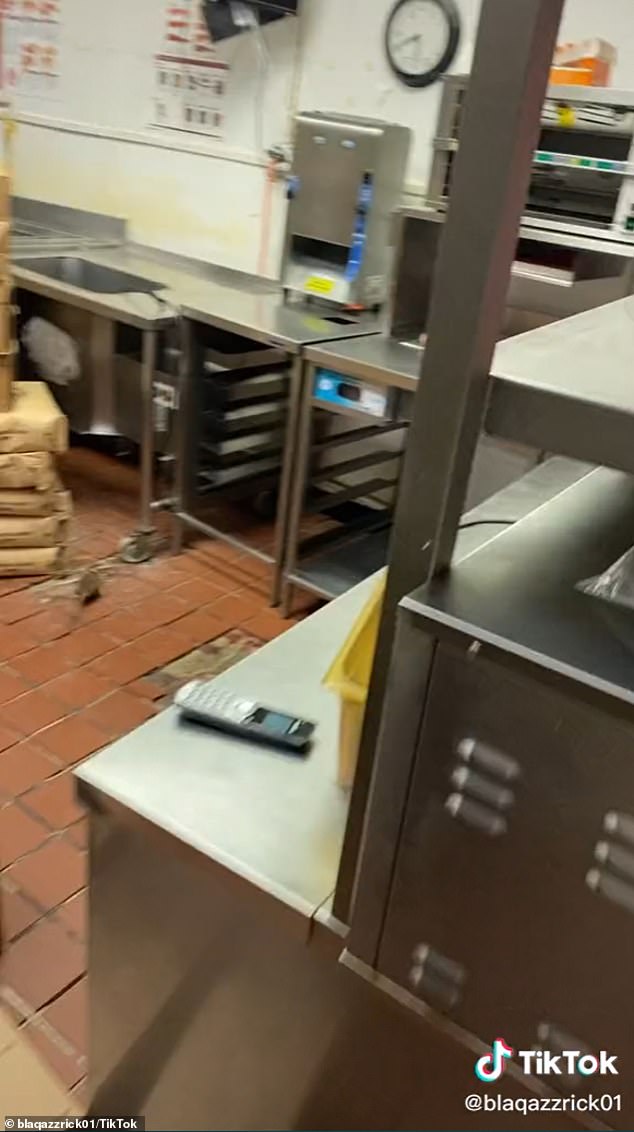 ‘These motherf**kers look at em. Oh my God!’, he says as the small army continues to climb the wall.

The delivery man then asks, ‘You still love that chicken from Popeye’s?’ in reference to the company’s jingle.

He then tells another employee that he saw 15 rats in the kitchen.

The video, posted on October 11, has gone viral and racked up more than 26,000 views as well as 17,000 likes and nearly 3,000 comments. The disturbing footage prompted an online user to flag Department of Health Councilmember Charles Allen.

Allen announced on Twitter that the location was closed Thursday following an inspection from the Department of Health. 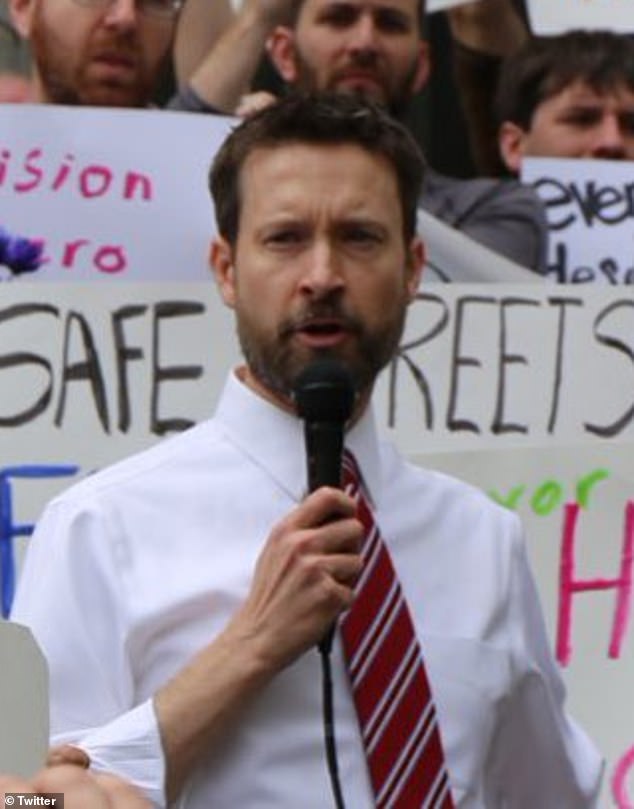 A sign was posted on the door of the restaurant, according to Fox 5.

‘This establishment is ordered CLOSED until further notice for a violation of the District of Columbia food code regulations, which presents an imminent health hazard to the public,’ the sign reads.

Online users also shared their disgust in the comments section.

‘This video should be the reason the ‘health department’ starts doing shift work 24/7′, @wonsky21 commented.

‘I know a guy who does the same type of job. He says all restaurants have them!! The only safe place to eat is in your house depending on who u are,’ @trapjaw1 said.

‘I’ve worked every position in a restaurant, from dishwashing to profit and loss reports. That place needs to be shut down for the dirty floors alone,’ @justaddglittersatx added. 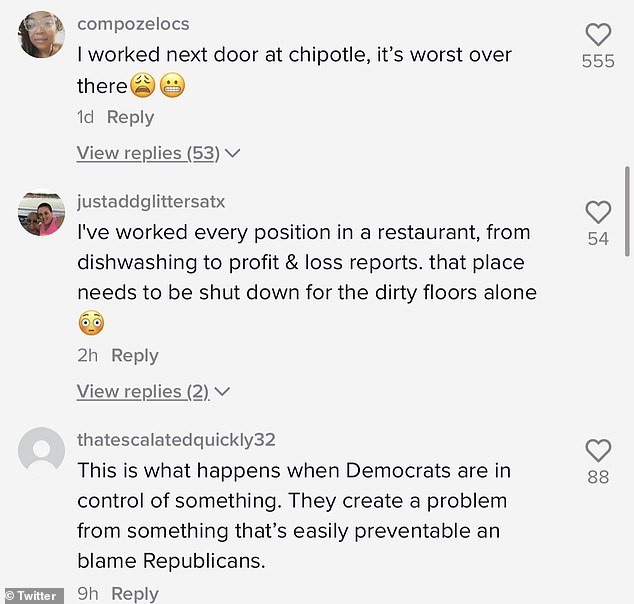 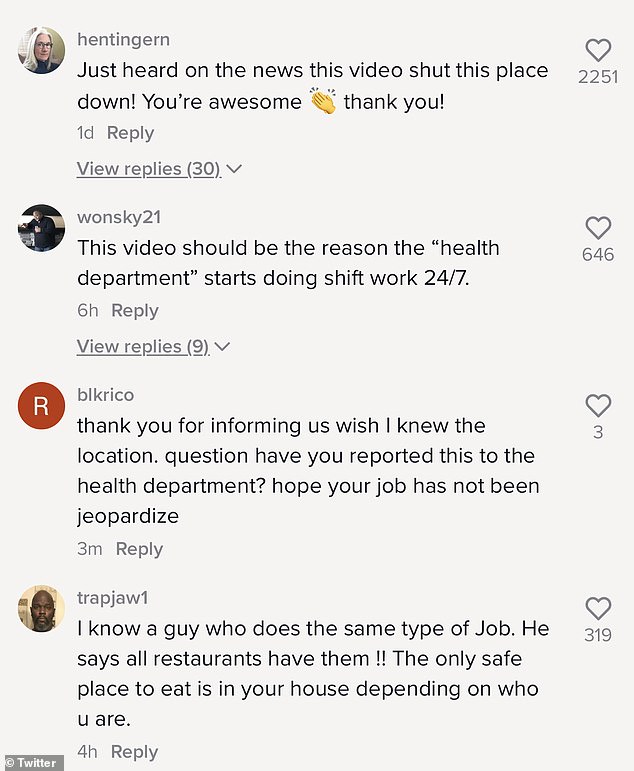 Social media users shared in the disgust over the disturbing video

This incident comes after a Missouri Popeye’s earlier this month put up a sign that it was refusing service to white people.

The sign, which East Louis Police believed to be a prank, outraged the community. But the online backlash caused the location to shut down for a day.

The restaurant also sparked chaos in 2019 after customers had brawled over their popular spicy chicken sandwich.

The sandwich was briefly discontinued due to the immense popularity of the food item that continuously caused it be sold out.

Videos of long lines and people throwing tantrums were circulating around the Internet as customers couldn’t get enough of the savory treat. 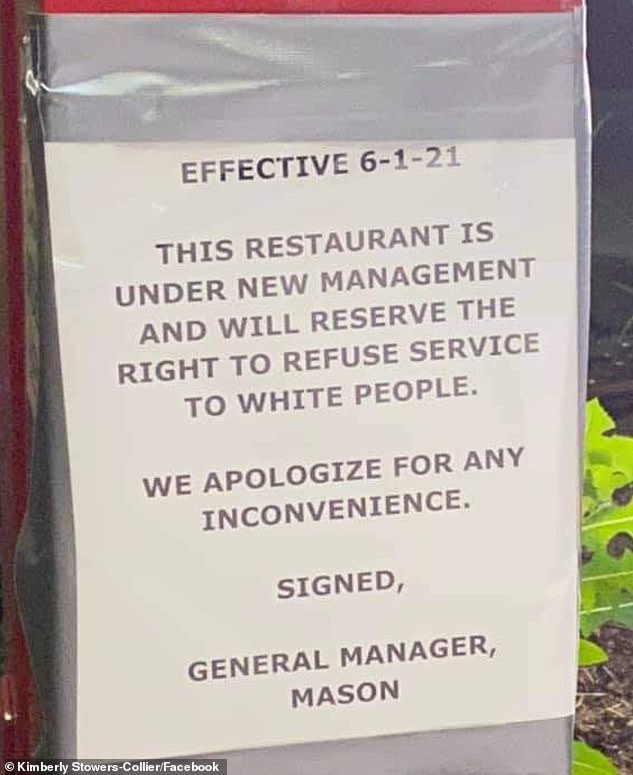