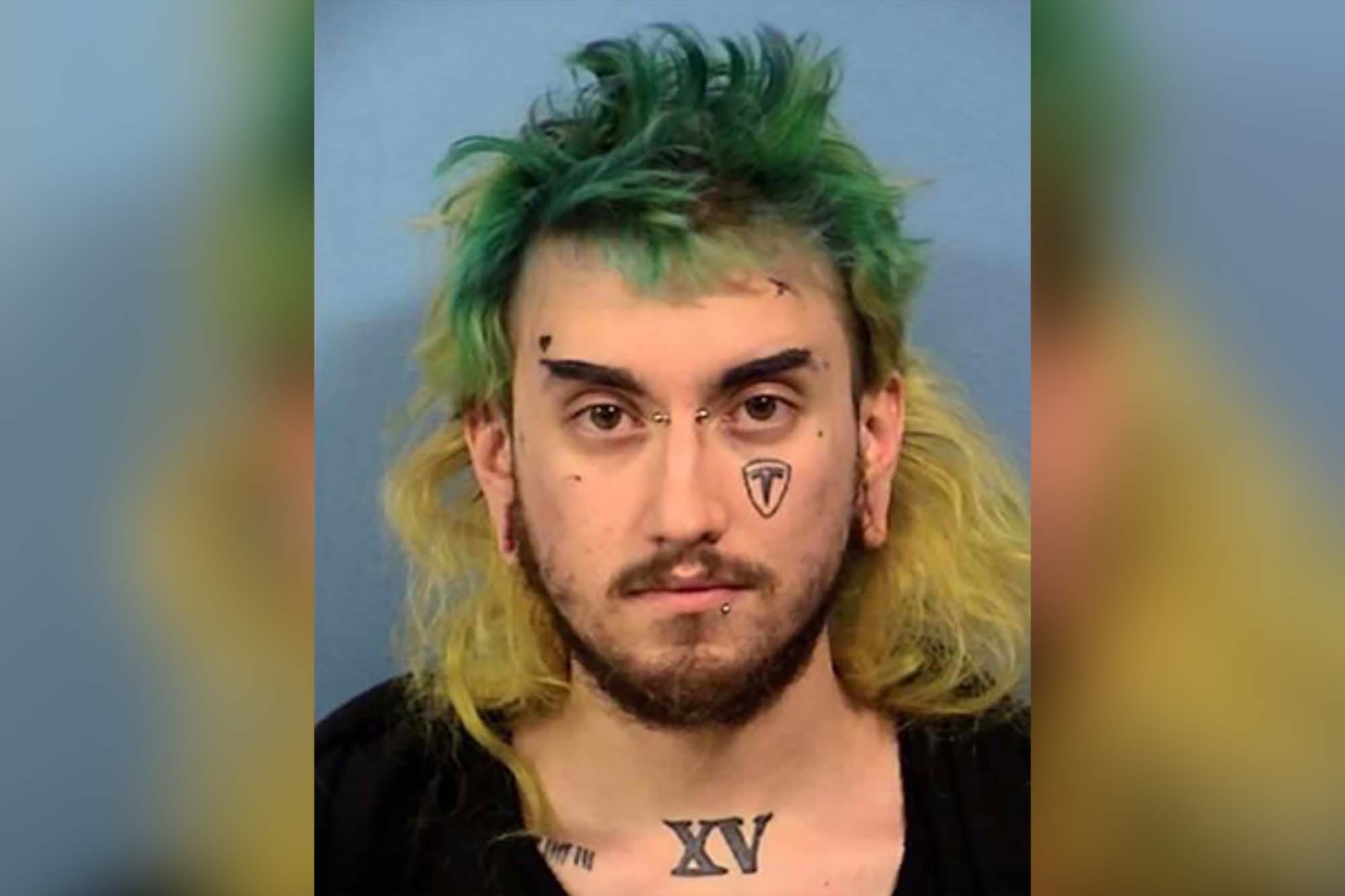 A man with a Tesla face tattoo has been busted on a DUI charge after he crashed and rolled the 30-year-old minivan he was driving.

Jordan Lindsey, 25, was behind the wheel of a 1992 GMC Safari when he crashed on a highway just outside Chicago last Thursday, according to a complaint obtained by the Smoking Gun.

The fan of Elon Musk’s electric vehicles was arrested on a felony aggravated DUI count and multiple other vehicular charges.

He is pictured in his mugshot with a tattoo of the Tesla logo clearly visible under his eye.

It isn’t clear if Lindsey owns one of the electric vehicles.

Lindsey has a rap sheet that includes multiple other vehicular convictions, according to cops.

At the time of last week’s crash, he was driving on a suspended license due to a prior DUI conviction.

Lindsey is due in court on the latest charges on Dec. 20.