Marie Antoinette’s diamond bracelets – sent away for safekeeping two years before she was beheaded during French Revolution – are expected to sell for $4.1 million at auction today 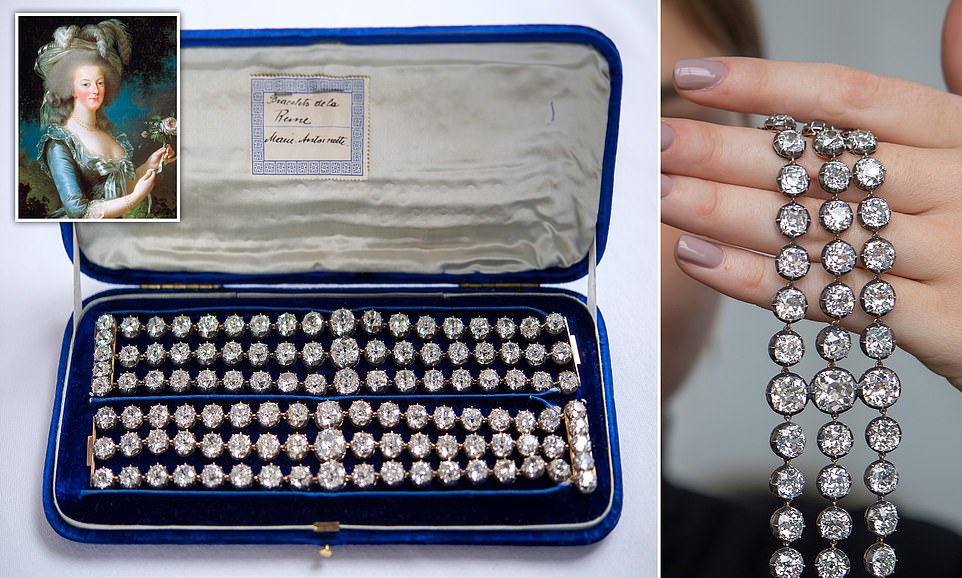 Marie Antoinette’s two diamond bracelets, that were sent away for safekeeping before her execution, are expected to sell for $4.1 million (£3million) at an auction today. The stunning bracelets in silver and yellow gold, which are both made up of three strands and contain 112 diamonds, are being sold by Christie’s auction in Geneva, Switzerland. They were among her few surviving possessions sent from France two years before she and her husband, King Louis XVI, were captured during the French Revolution and beheaded in 1793. 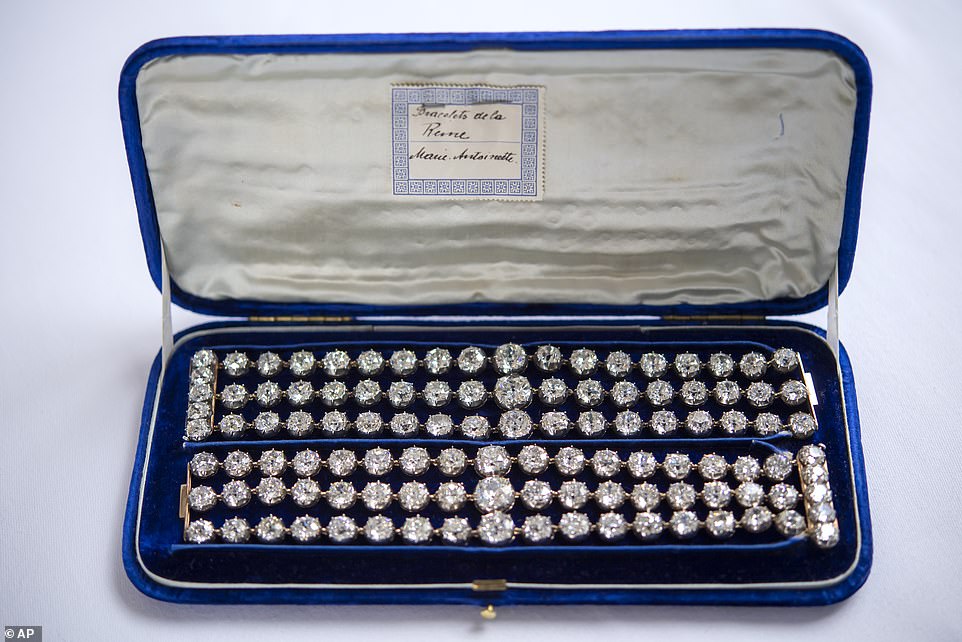 Marie Antionette bought the matching bracelets for 250,000 livres ($339,000) in 1776, just two years after taking the throne with her husband King Louis XVI, paying for them partly with gemstones from her personal collection and with funds provided by her husband. 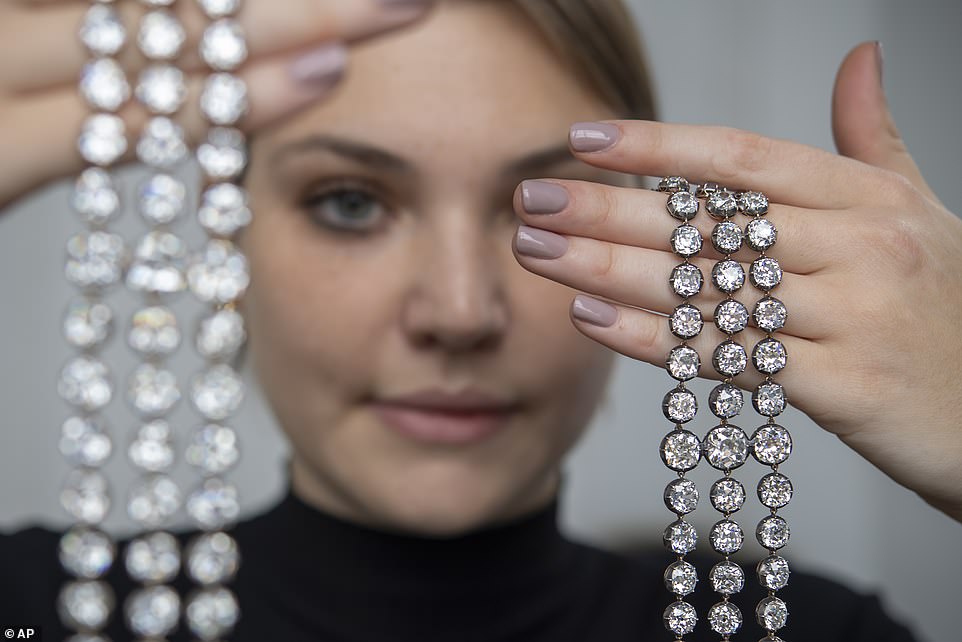 The king’s personal papers dated at the time state: ‘To the queen: down payment of 29,000 livres for the diamond bracelets she bought in Boehmer.’ Today, that translates to about $39,000. 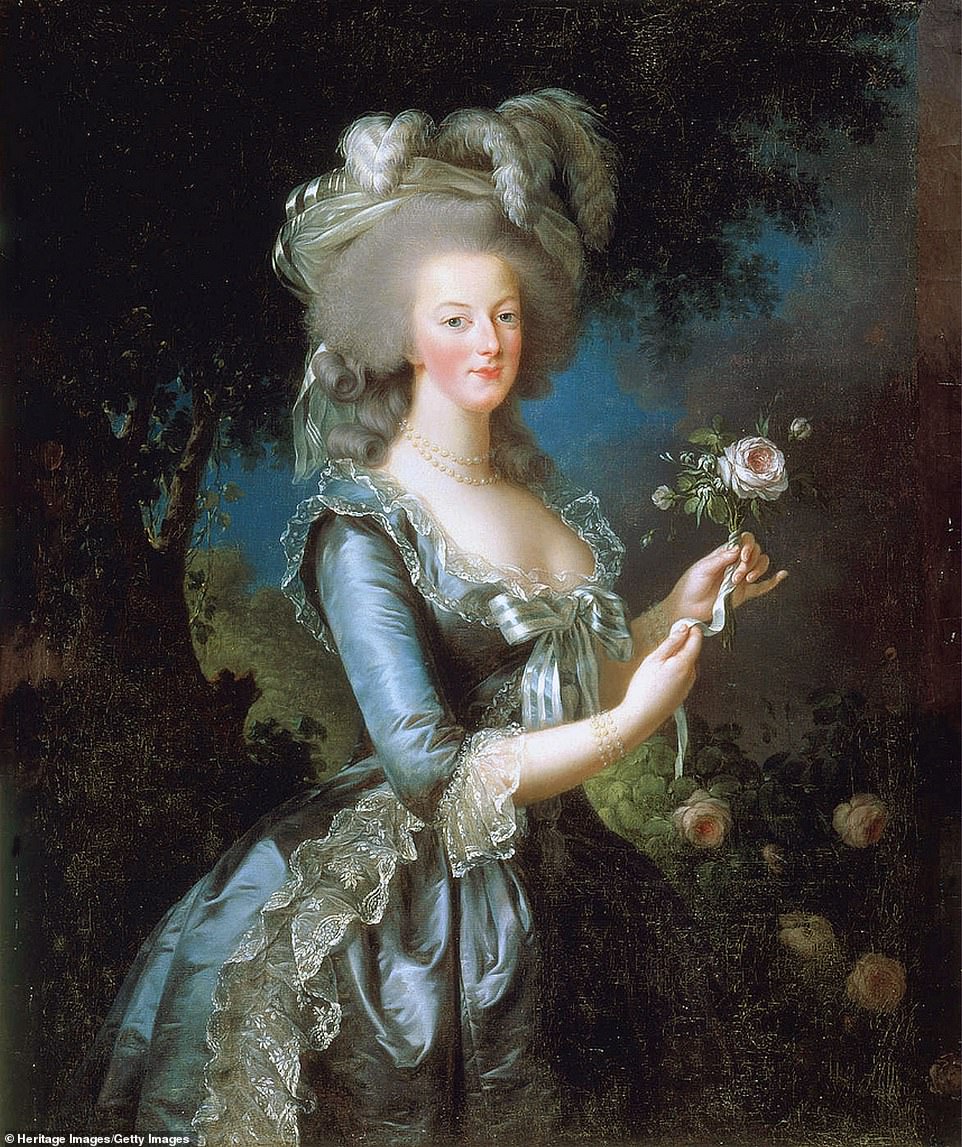 As the French Revolution gathered pace, the French queen placed the bracelets in a wooden chest that she entrusted to Austrian ambassador and personal friend, Count Mercy-Argenteau, in Brussels in 1791. 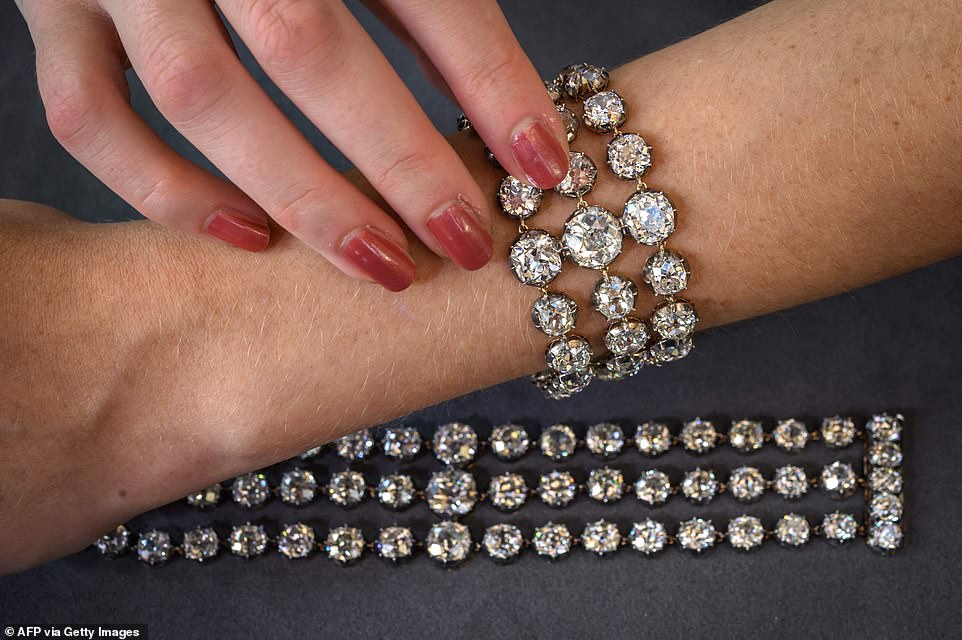 After the royal couple were executed in 1793, the jewelry was presented to their eldest daughter, 17-year-old Marie-Therese, known as Madame Royale – the only surviving member of the French royal family. She was exiled to Britain and when she died in 1851, her jewelry collection was divided among her three nieces and nephews, the Count and Countess of Chambord and the Duchess of Parma. 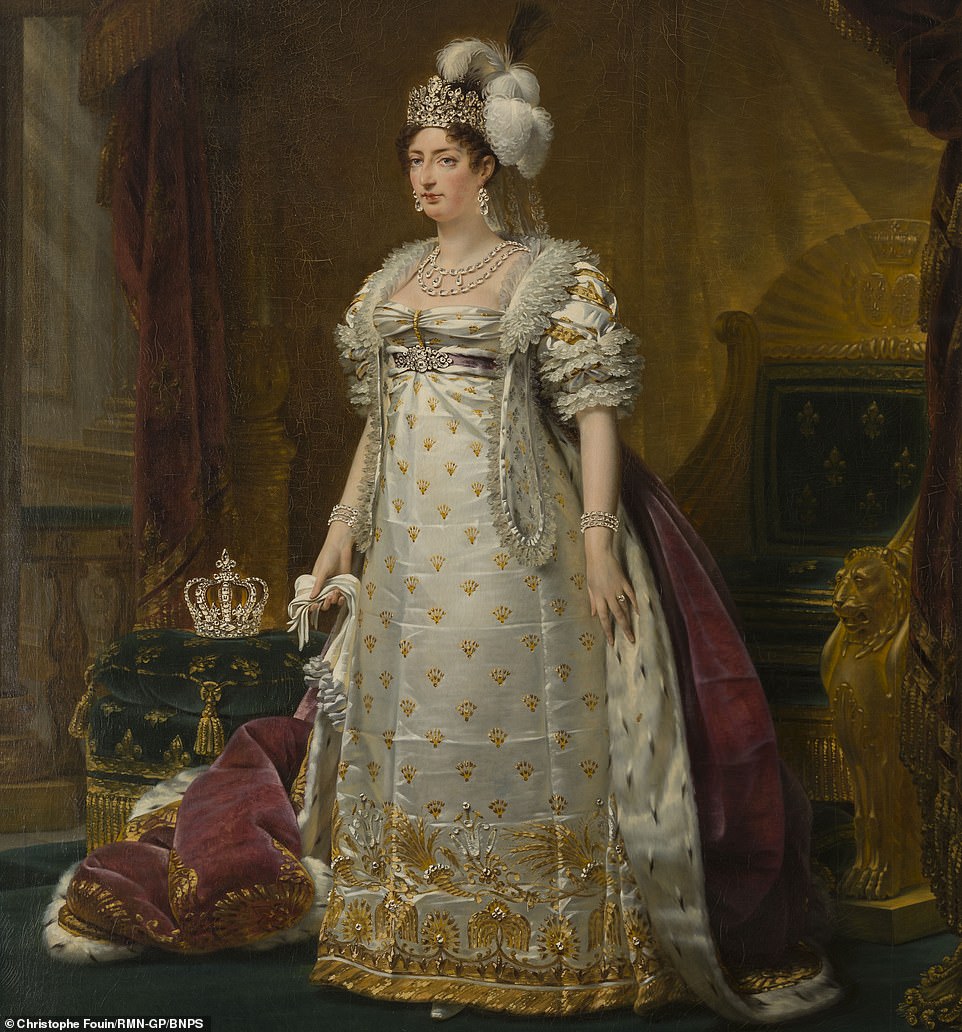 In a portrait by Antoine-Jean Gros (pictured), painted in 1816, Marie-Theresa is wearing a pair of diamond bracelets remarkably similar to those she received from her mother. The bracelets were presented to British auction house, Christie’s, by a mystery member of European royalty, who is now selling them almost 250 years after Marie-Therese’s death. 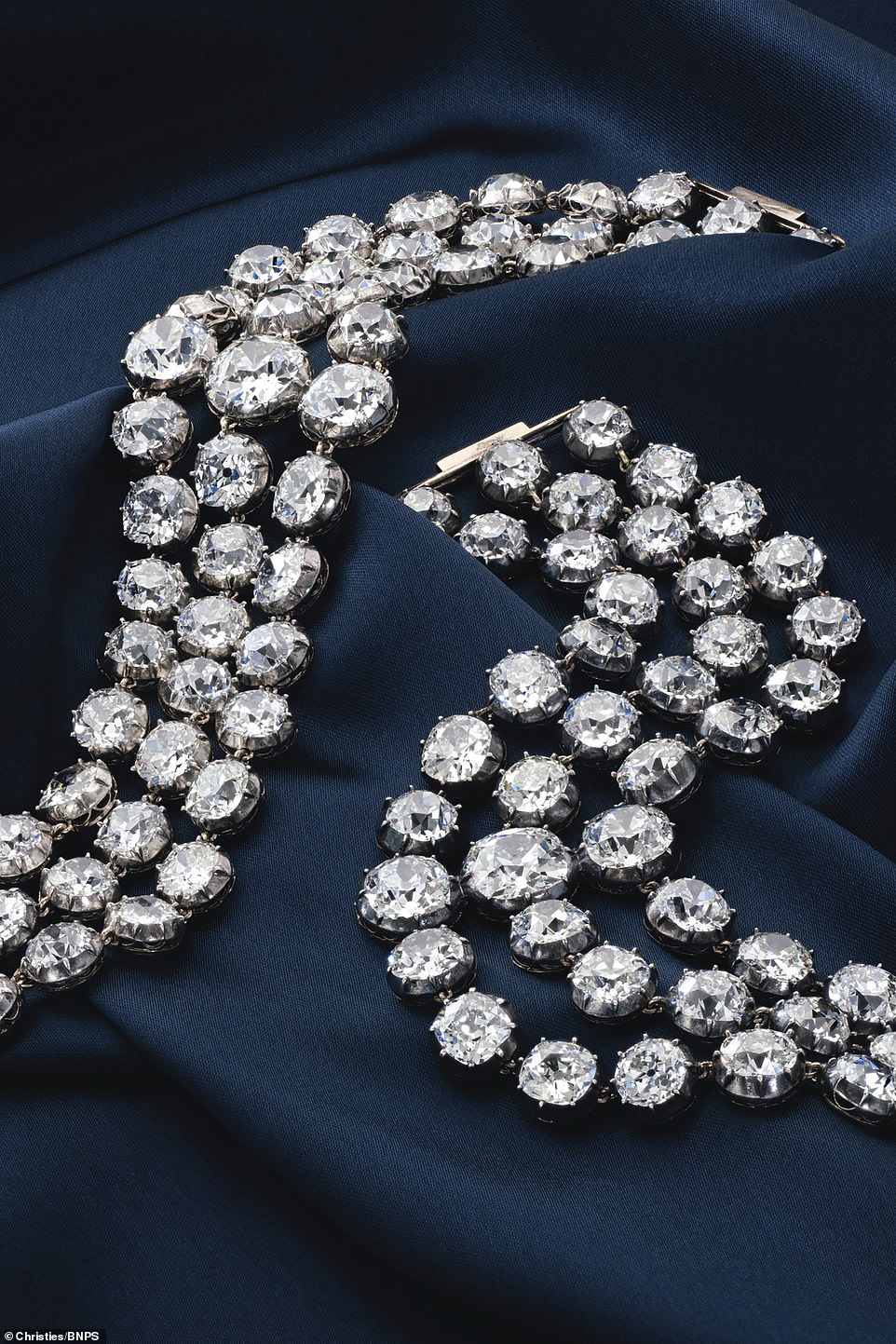 They have been billed as one of the last remaining possessions of Marie Antoinette’s rich jewelry collection that are still available for sale. The head of Christie’s jewelry department in Geneva, Max Fawcett, said: ‘To find a historic piece that can be traced back over 200 years is incredibly rare.’ 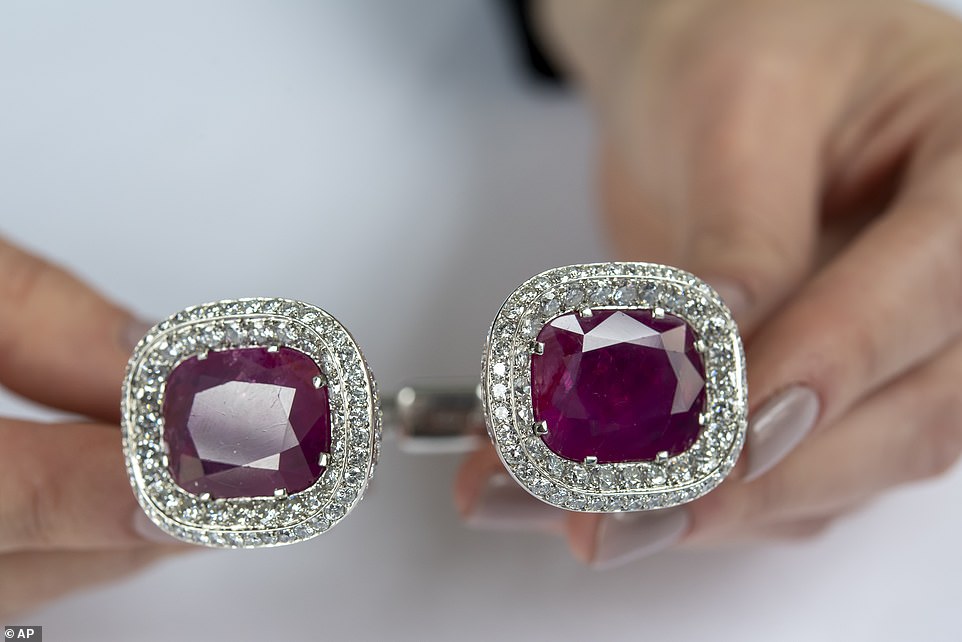 The bracelets will be joined at Tuesday’s auction by a ruby and diamond Cartier bangle that once belonged to Wallis Simpson, the Duchess of Windsor and is expected to reach up to $2.2 million (£1.62 million). Wallis Simpson, an American divorcee, married the Duke of Windsor, the former British King Edward VIII, after he abdicated the throne in December 1936 in order to marry her. 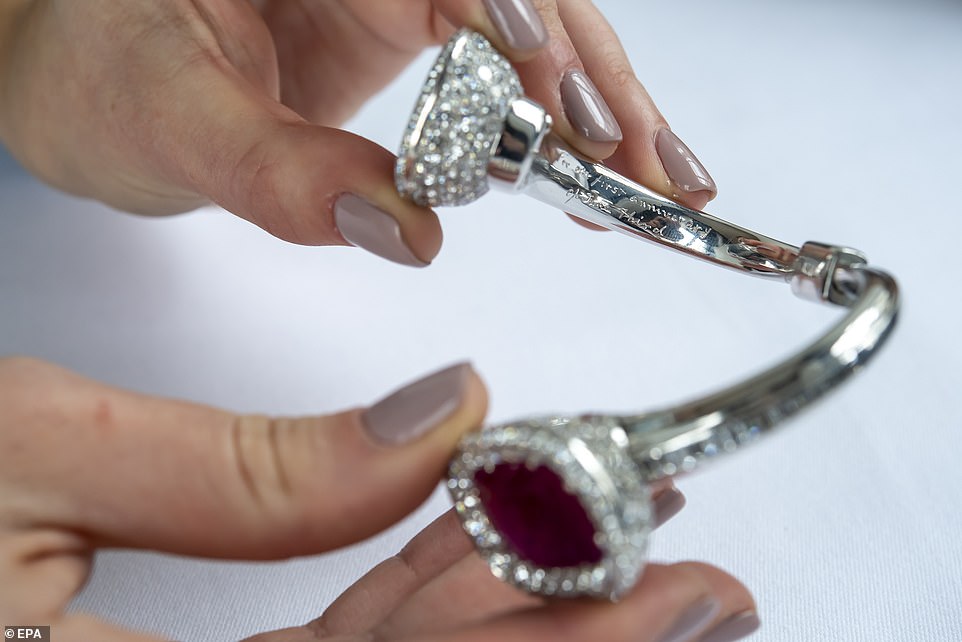 He gifted Simpson with the bracelet on their first anniversary in June 1938 while they were living in France, inscribed with the words, ‘For our first anniversary of June third.’ The duchess’s jewelry collection was first put up for auction in 1987 after her death, where it sold for far more than originally estimated. Christie’s Mr Fawcett, said: ‘She [Simpson] was really influential figure that people looked to as an icon in the jewelry world. She had an incredible jewels and when they do come up for sale, it’s something that collectors are looking for.’