A British banker has been killed in a horrific kayaking accident after he was washed into deep waters...
Read more

It's 'Catch Me If You Can' in the era of the Unabomber, with action sequences inspired by Pablo...
Read more 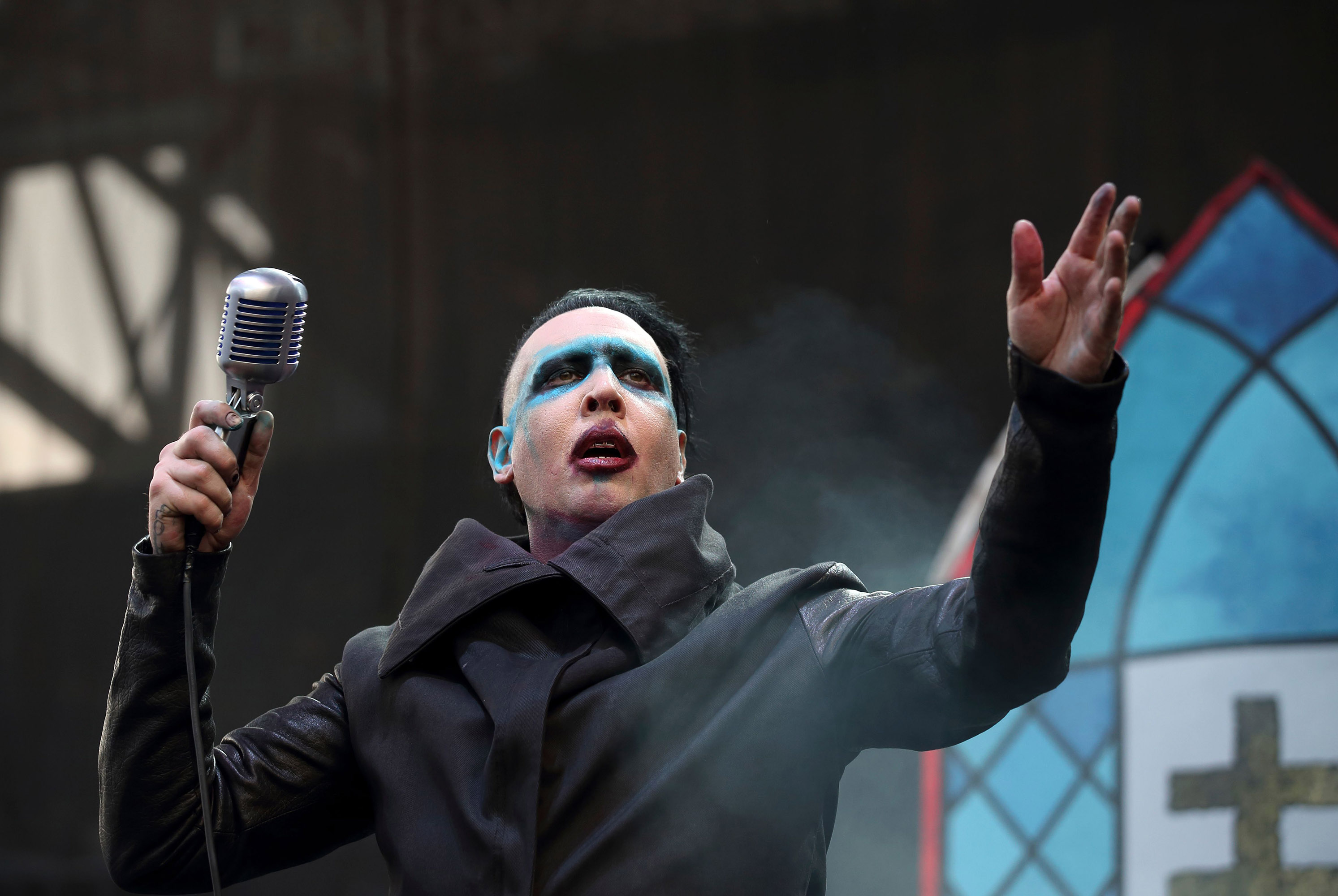 Accused abuser Marilyn Manson has spoken openly of his violence against the women closest to him — even his own mother, who he has admitted he once smashed in the face with a perfume bottle.

The broken glass left his mom Barbara with a permanent facial scar — and he was left with no regrets, Manson wrote in his 1999 autobiography, “The Long Road Out of Hell.”

“She just cried, and I never felt sorry for her,” he wrote, saying he “hit her, spit on her and tried to choke her,” after he suspected her of cheating on his father back when he still lived with his parents.

In the book, Manson also admits to having made rape threats against a woman who spurned him, and to coming within moments of trying to murder an ex-girlfriend.

On Wednesday night, police swarmed Manson’s Los Angeles home for a welfare check; witnesses said they had heard someone screaming from inside that they “wanted to leave.”

The police action came days after Emmy-winning “Westworld” actress Evan Rachel Wood accused the goth singer of having humiliated, raped and tortured her throughout their relationship, between 2006 and 2010.

The fight with his mother Manson wrote about happened when he was still a kid, “in a room along with my KISS posters, hand-drawn cartoons and rock albums, according to the autobiography,

“I also had a collection of glass Avon cologne bottles that my grandmother had given me,” he wrote in the autobiography, according to The Sun.

“Each one was shaped like a different car, and I think it was the Excalibur that sent my mother to the hospital one night. She had come home late and wouldn’t tell me where she had been.

“Suspecting her of cheating, I lost the temper my father handed down to me and threw the bottle at her face, opening up a bloody gash over her lip and scattering cheap perfume and shards of blue glass across my floor.

“She still has the scar, which has served as a constant reminder never to have another child.”

Barbara died at age 68 in 2014, after a battle with dementia, The Sun reported.

Share
Facebook
Twitter
Pinterest
VK
WhatsApp
Previous articleThe Weeknd will bring his Super Bowl LV halftime performance into the stands for a ‘historic’ show Englishheadline
Next articleGrab aims to have all drivers, delivery partners vaccinated against COVID-19 by end of next year Englishheadline

It's 'Catch Me If You Can' in the era of the Unabomber, with action sequences inspired by Pablo Escobar and featuring the Toyota...
Read more

33 WandaVision Moments Vs. The Sitcoms They Reference #Englishheadline

Elizabeth Olsen re-creating moments from Full House is my favorite thing ever. 🚨Warning: There are obviously WandaVision spoilers ahead!🚨 ...
Read more

Hilaria Baldwin needs to own up to ‘surrogacy’ baby drama #Englishheadline

Hilaria Baldwin owes her followers an explanation. It’s absurd that Hilaria and Alec Baldwin expect to allow the public into their private lives to...
Read more

21 Ways TV Shows Dealt With An Actor Being Pregnant #Englishheadline

Scully being abducted during The X-Files Season 2 was some clever storytelling. ...
Read more