If you had told Paul Wahlberg in 1988 that his youngest brother Mark would one day be a major film star earning US$20 million a picture and worth an estimated US$350 million, he would have said you were crazy.

If you’d also told Paul back then that one day he and his brothers Mark and Donnie would own a restaurant chain boasting 60 outlets across the US, Canada, Europe and, from December, Australia, his response would have been the same.

But, incredibly, it has all become a reality. 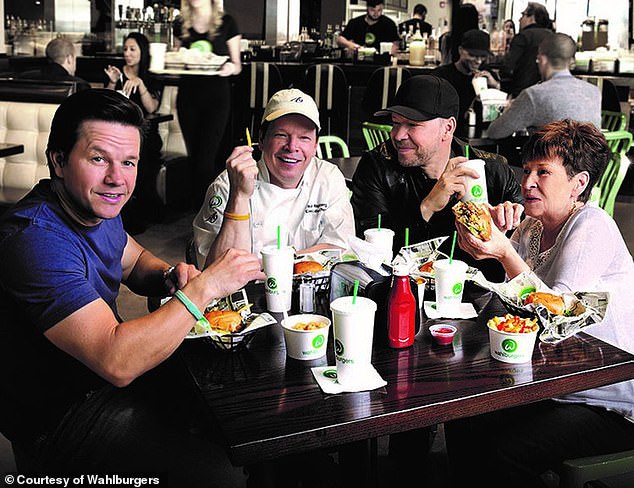 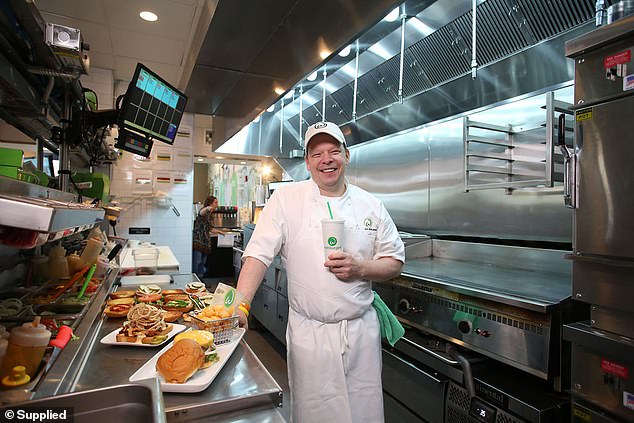 Paul (pictured) and his brothers Mark and Donnie now own restaurant chain Wahlburgers boasting 60 outlets across the US, Canada, Europe and, from December, Australia

Wahlburgers is a casual dining restaurant and bar founded by the Wahlberg brothers.

Famed for its burgers, salads, sandwiches, loaded tots and frothy shakes, the US burger chain currently has 60 locations across the US, Canada, Europe and, from December, Australia.

The company has invested $50million in opening 20 restaurants across Australia and New Zealand over the next five years, with plans to employ more than 500 workers.

Back in 1988, 16-year-old-Mark Wahlberg was a cocaine-using, marijuana-peddling wild child who had just served 45 days in an adult prison for a violent random attack on a Vietnamese immigrant on the streets of Boston.

At the same time Paul, then 24, was washing dishes for a catering company, and Donnie, 18, was trying to get a record label interested in the boy band he had put together with friends and named New Kids on the Block after a rap song he had written.

From a broken family of nine children living in a three-bedroom apartment, the future wasn’t looking particularly rosy for any of the Wahlbergs. When Mark was locked up in rat-infested Deer Island House of Correction after being charged with attempted murder and pleading guilty to a lesser charge of criminal contempt, he looked to be heading down a one-way path.

As he told a reporter in 2001: ‘As soon as I began that life of crime, there was always a voice in my head telling me I was going to end up in jail. Three of my brothers had done time. My sister went to prison so many times I lost count.’

It was that brief but frightening stint in the adult prison that saw Mark make a conscious decision to turn his life around. With Donnie’s help he started his own successful band, Marky Mark and the Funky Bunch, which led to a move into modelling, acting and film stardom. 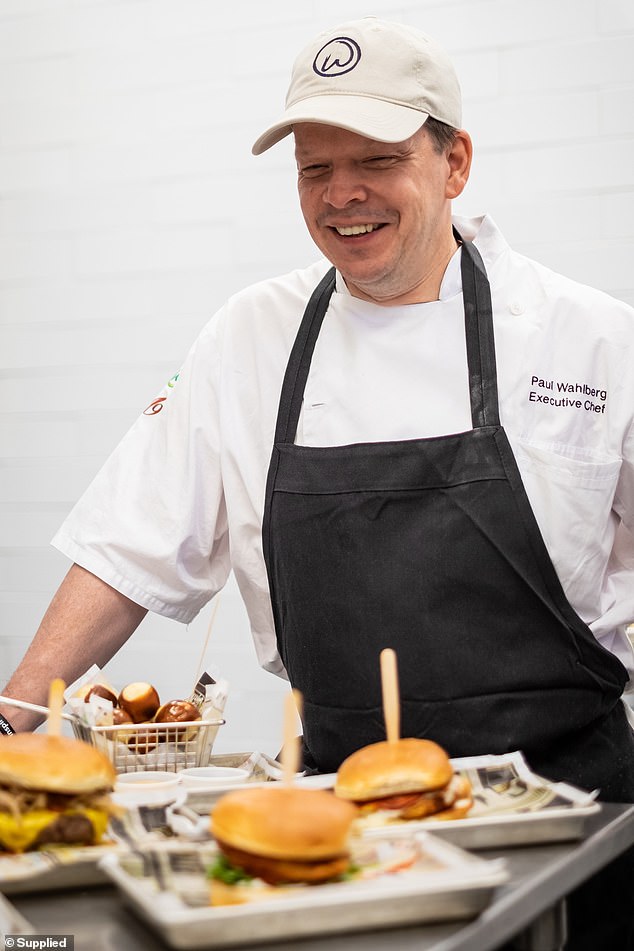 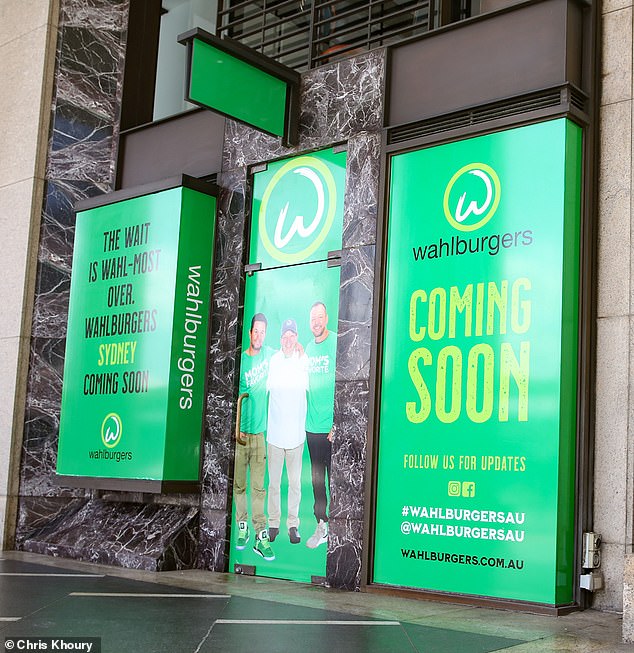 ‘We went through ups and downs like all families do,’ Paul said this week. ‘Stuff happens that you have to deal with. I didn’t know everything Mark was getting up to. Sometimes you hear about things, sometimes you don’t.

‘All I know is that he turned his life around, worked hard, succeeded and I couldn’t be prouder.’

The same goes for Donnie, who parlayed the worldwide success of New Kids on the Block into a lucrative career as a television actor with leading roles in series’ such as Blue Bloods and Band of Brothers.

Paul still finds it hard to believe that the two little brothers he once shared a tiny bedroom with – along with three other brothers – are now household names.

‘There was no way you could have predicted what they have become,’ he says.

‘Thousands? Millions? And how many make it? Not many, but my two brothers did. I guess I always felt like there was something special there, but maybe everyone thinks that about their little brothers.’ 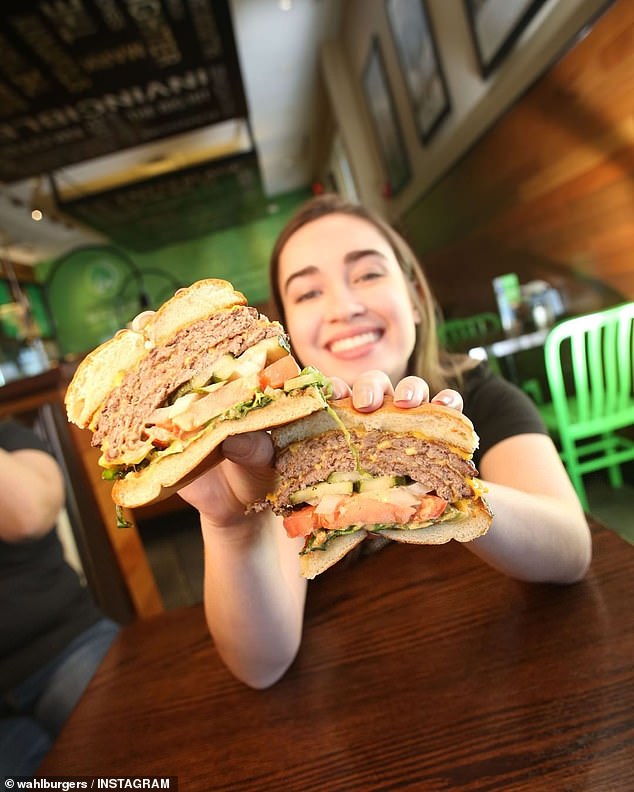 The first Australian outlet will open opposite the Sydney Opera House in December, serving the same ‘simple comfort food’, as Paul calls it 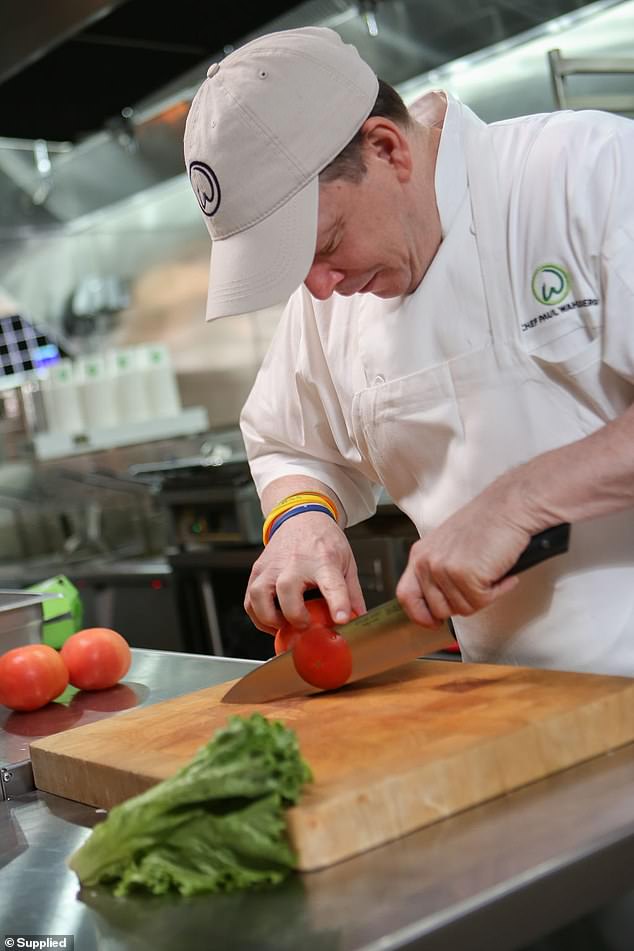 One thing that Paul did know for sure, was that the times when all the Wahlberg kids, plus their parents when they were still together – and a grandmother who was living with them – got together for Sunday lunch, it was no place for the faint hearted.

‘If I have to describe those lunches in one word, it’s chaos. There were 12 of us in a tiny kitchen, all talking and eating and passing plates of food around.

‘It was never dull, I can guarantee that. Those were some of the best times of my life.’

It is that kind of atmosphere and home cooking that he and his brothers have tried to replicate in their Wahlburgers restaurants.

Paul entered the world of food and hospitality at the age of 16 when he began working in the kitchen of a catering company handling up to 20 events every weekend. 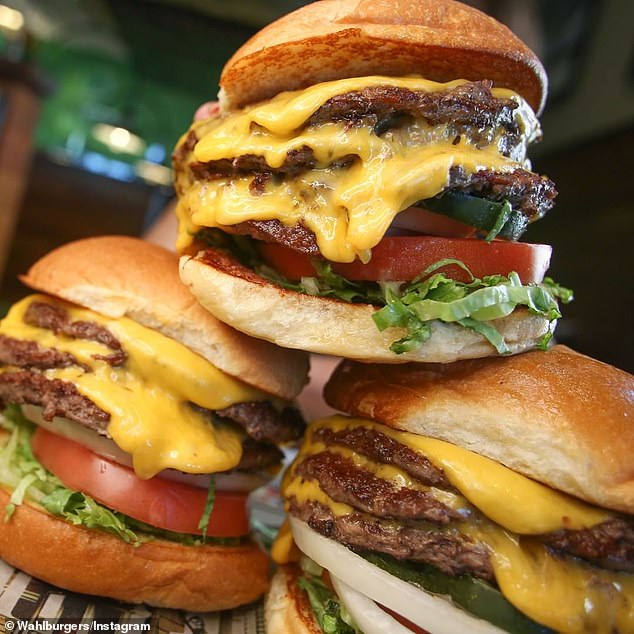 The US chain is famous for its beef burgers, salads, sandwiches, loaded tots and frothy shakes 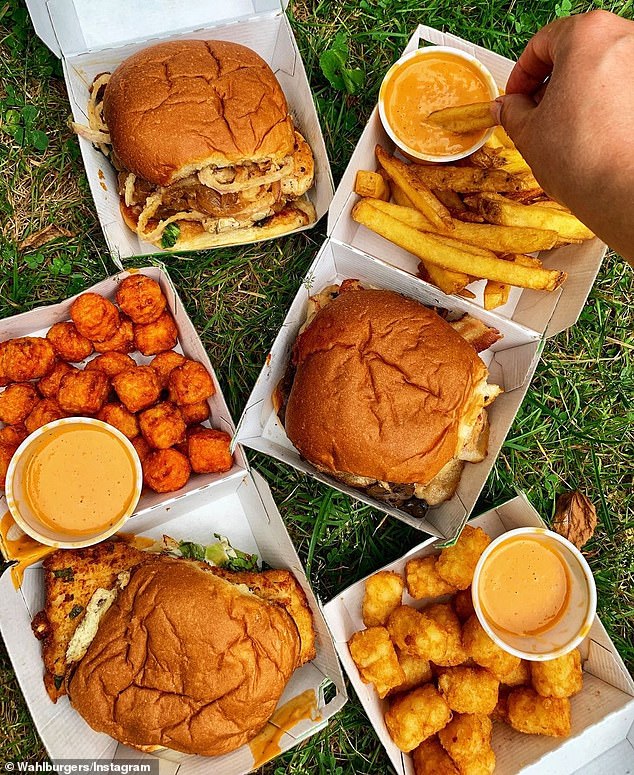 ‘There was an energy there that I really liked. In the off-season a friend’s dad asked me to come work at his restaurant. Maybe it was all the practise I got from helping my mother cook for 12 people, but I took to it.

‘It was like a Forrest Gump moment. One day someone said: ‘You’re good at this. You should become a chef’ and I thought, ‘yeah. That’s it. That’s what I want to be.’

He worked his way up to become executive chef at some of Boston’s best fine dining establishments before opening his own up-market Italian-Mediterranean restaurant and, across the road in 2001, the first Wahlburgers.

With the backing of his famous brothers, the restaurants – and the Wahlburgers reality TV series which featured them and their beloved mother Alma, who died earlier this year – have been hugely successful. 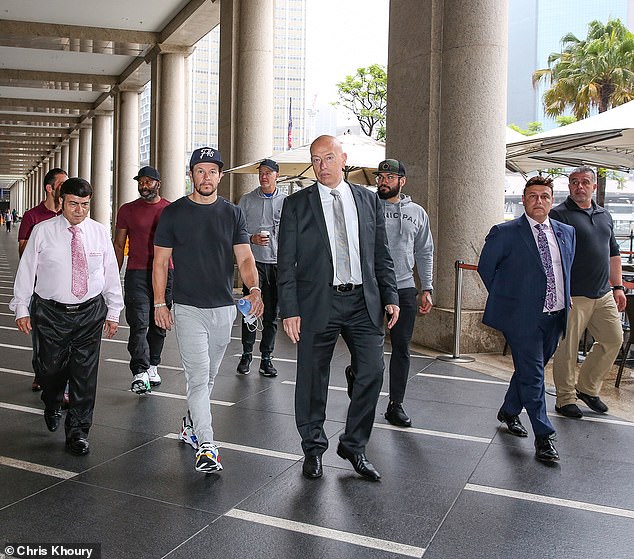 The Mile 22 star arrived in Australia in November last year to check out the location and meet with his Australian partners Sam and Roy Mustaca who own United Cinemas, Australia’s largest independently owned cinema chain

The first Australian outlet will open opposite the Sydney Opera House in December, serving the same ‘simple comfort food’, as Paul calls it, that the Wahlberg family feasted on at their Sunday get-togethers.

‘As one of nine kids I was always hungry,’ Paul said. ‘I used to love that kind of food, like burgers and Sloppy Joes and English muffin pizzas.

‘Even today, my favourite food is burgers. I’m always in the car going to one place or another and like I said, I’m always hungry. I need something I can eat while I drive, so a burger it is.’

Which is not to say that you can’t get a healthy meal at Wahlburgers – part-owner Mark, who is a noted fitness fanatic, insists on it.