The woman who plays Fern's sister is actually one of Frances McDormand's oldest friends in real life. ...
Read more

Columbus Short says Britney Spears' parents referred to him with a racial slur amid a brief romance he...
Read more

By Kieran Lynch For Mailonline

Michael Owen was a surprise guest at a World Health Organisation news conference as part of a FIFA campaign.

Football’s governing body says it is joining with the WHO in their campaign for ‘fair access to Covid-19 vaccines, treatments and diagnostics’.

FIFA president Gianni Infantino invited the former Liverpool and England striker to the news conference to launch help awareness for the campaign. 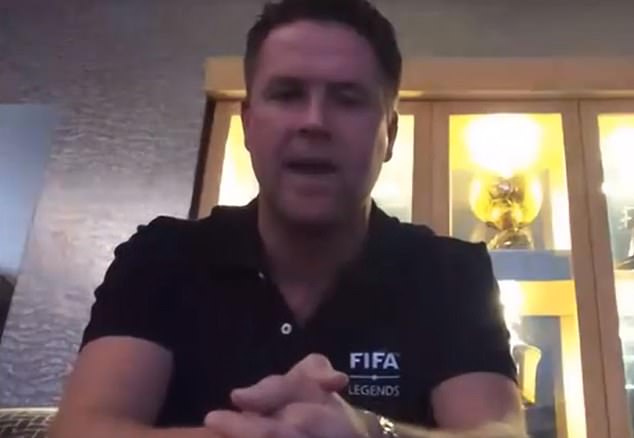 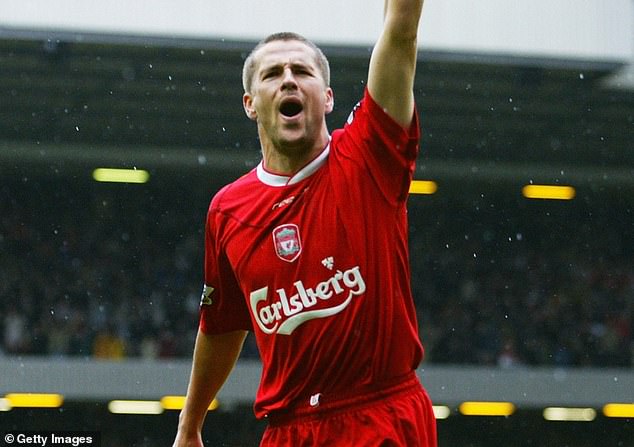 Infantino said: ‘We all have to play our part in the battle against the coronavirus. We are also calling on the international community to act together to ensure a level playing field in relation to access to vaccines, treatments and diagnostic tests across the globe.’

FIFA will launch their campaign during this month’s Club World Cup in Doha, with a series of promotional videos featuring prominent players and coaches.

The FIFA president said using players like Owen in the campaign, will get people to potentially listen more to advice.

He said: ‘It is important that football remains in tune with society and plays a role in addressing issues that affect us all.

‘Children all over world listen maybe listen more if Michael Owen or other legends say ‘you have to wash your hands’, than a big personality of politics or of health or a doctor.’

Owen said during the briefing: ‘It’s important that football remains in-tune with society and plays an important leadership role in addressing issues that affect us all. ‘It has been clear since day one that health comes first and this remains the case but almost in a different way than before.

‘As individuals we need to remain committed to the six-step process, the message is consistent and I am delighted FIFA’s return to competitive football through the Club World Club is being used to remind a global TV audience watching our game of the importance of endearing to vital public health measures.

‘Wash your hands frequently, cover your nose and mouth if you sneeze or cough, avoid touching your face, stay a least one-metre away others, if you feel unwell stay at home and wear a mask and open a window when inside closed rooms.’

The woman who plays Fern's sister is actually one of Frances McDormand's oldest friends in real life. ...
Read more
Showbiz

One of the earliest coronavirus pandemic hotspots is seeing a rapid decline in cases and deaths that far .
Read more

Trends in COVID-19 cases are finally starting to diverge in lockdown-loving California and open-all-hours Florida, data reveals. California is now seeing about half as...
Read more

Since the novel coronavirus was first discovered in Wuhan, China, in 2019, several variants have emerged from across the world.Most of the attention...
Read more

Covid outbreaks are SEVEN TIMES smaller in some areas #Englishheadline

Ministers are facing mounting calls for the parts of England with the smallest Covid outbreaks to be released from lockdown earlier, with official...
Read more