By Dan Cancian For Mailonline

Michael Owen was temporarily trapped into his property by fallen trees caused by Storm Arwen.

The storm lashed Britain overnight, with winds reaching speed of almost 100 miles per hour in parts of the country.

The Met Office issued a rare red alert for Storm Arwen and said a combination of high winds, rain and snow brought ‘damaging gusts’ to the UK.

Over 100,000 homes left without electricity across the north-east of England, while around 80,000 properties suffered the same fate in Scotland and more than 13,000 houses reported outages in Wales.

Owen was one of many affected by the adverse weather, with fallen trees blocking the access to his property.

‘Looks like I won’t be going anywhere for a while,’ the former England striker tweeted on Friday along with a picture of the temporarily unusable access route. 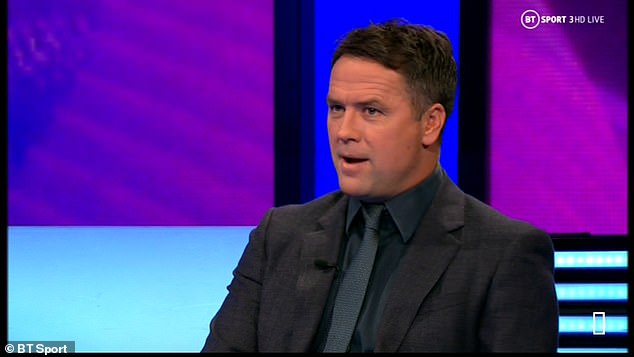 By Saturday afternoon, however, the situation had drastically improved after a rescue team had cleared out the road and Owen provided an update to his followers.

‘We are free. What a team,’ he tweeted, as he thanked his rescuers.

Storm Arwen also made its impact felt across English football, with Tranmere Rovers and Grimsby both forced to postpone their games because of damage caused by the storm.

Tranmere postponed their League Two clash against Stevenage after part the roof of the main stand at Prenton Park was blown off by Storm Arwen. 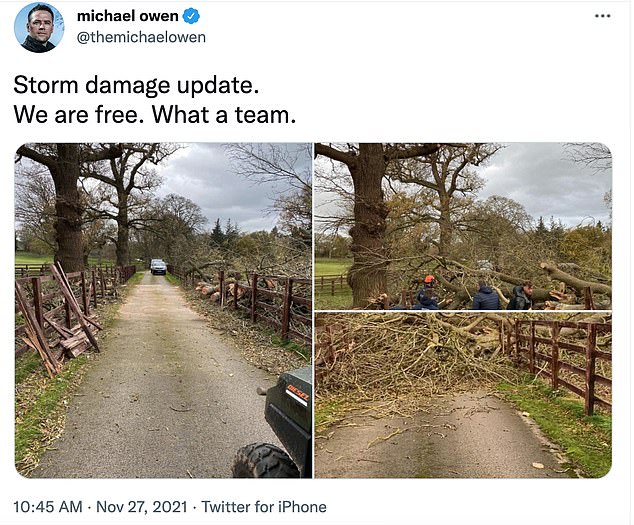 The decision was taken following consultation with the Safety Advisory Group (SAG), the club explained.

‘The SAG have advised that it is not safe to proceed with the game until the roof has been properly inspected,’ Rovers said in a statement.

‘Whilst this is a big disappointment, the safety of fans is of course everyone’s primary concern.’

Grimsby’s National League game against Boreham Wood met a similar fate and was postponed because the storm inflicted ‘structural damage’ to a stand roof at Blundell Park.