‘Of course the PM isn’t a clown!’ Minister George Freeman blasts ‘unhelpful’ attack on Boris from Emmanuel Macron as he says the French President lashed out because he has an election next year

A minister today hit back at Emmanuel Macron after it was claimed the French President called Boris Johnson a ‘clown’.

Science Minister George Freeman described the alleged remark as ‘pretty unhelpful’ as he said: ‘Of course the Prime Minister isn’t a clown.’

Mr Freeman also insisted that he is ‘confident’ that Anglo-French relations are ‘rather better than that quote suggests’.

The relationship between the UK and France has been strained in recent months, mainly because of disagreements linked to Brexit. 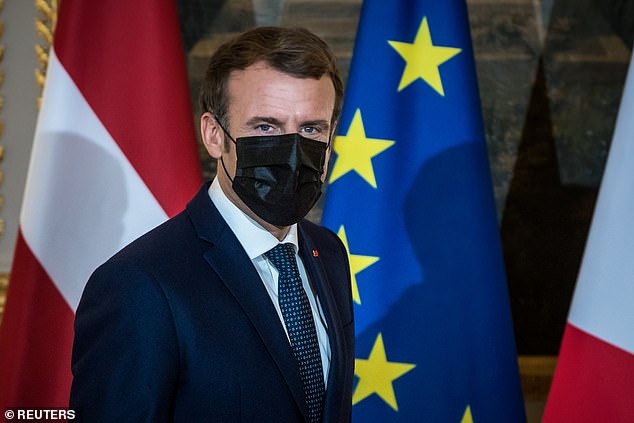 A French magazine reported yesterday that Mr Macron had called Mr Johnson a ‘clown’ and described the British Government as a ‘circus’.

Insiders told the investigative weekly magazine Le Canard Enchaine (The Chained Duck) that the French President had also called Mr Johnson a ‘good for nothing’.

Mr Freeman was asked for his response to the comments during an interview on Sky News this morning.

He suggested the remarks could have been made because of the French presidential election which is scheduled to take place in April next year.

He said: ‘Well, I think we are into pantomime season, aren’t we, and there is a French election coming.

‘The truth is we are looking to work very closely with France on the border issue on tackling the problem of European migration at source.’

He added: ‘I am confident that actually Anglo-French relations are rather better than that quote suggests.’

Mr Macron’s outburst is said to have taken place during a trip to Croatia last Thursday – the day after 27 migrants drowned in the Channel.

Le Canard writes: ‘As soon as he arrived in Zagreb on 24 November, Macron spoke to Boris Johnson on the phone about the tragedy in Calais.’

During this conversation, Mr Macon’s advisors learned that the Prime Minister had already used Twitter to publish ‘a letter he had just sent to Macron, which Macron had not yet been able to read.’

Mr Macron was incensed about this, and told advisors in Zagreb: ‘Bojo talks to me, he’s down to earth, everything’s fine, we’re having grown-up discussions and then he sticks it to us either beforehand or afterwards in an inelegant manner. It’s always the same circus.’

Mr Macron also blamed Britain leaving the EU as the ‘starting point’ of ongoing tensions between the two countries. 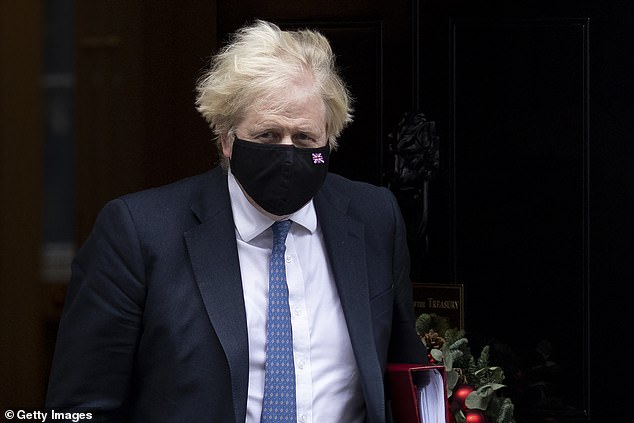 Science Minister George Freeman described the alleged remark as ‘pretty unhelpful’ as he said: ‘Of course the Prime Minister isn’t a clown.’

According to the magazine, Mr Macron said: ‘Very quickly, Boris Johnson realised that the situation was catastrophic for the British. There’s no petrol in the pumps, there’s a whole bunch of stuff missing. He positions himself as a victim, he makes France a scapegoat, he tries to turn every simplistic situation into a complex problem. We have been in this situation since March.

‘He has done this on the sausage war, on fishing and on the submarine affair [in which France lost a multi-billion pound submarine contract to build boats for Australia to the USA and UK].’

Mr Macron is then quoted as saying of Mr Johnson: ‘In private, he says he is sorry to act this way, but he admits that above all he must respond to public opinion.’

It is then that Mr Macron is alleged to have said: ‘It is very sad to see a great country, with which we could do so much, led by a clown. Johnson has the attitude of a good-for-nothing.’