Education Secretary Gavin Williamson failed history this morning as he claimed he could not remember the results of his own A-levels.

As hundreds of thousands of students received their own grades, Mr Williamson vividly recalled the day 27 years ago and painted a detailed picture of how he received his results.

But pressed on what they actually were, he insisted that his memory failed him, although he acknowledged he did not get top marks.

‘You probably can’t remember what was happening last weekend,’ he added to LBC’s Nick Ferrari.

Ferrari quizzed: ‘Why won’t you tell me? Is it a state secret?’ 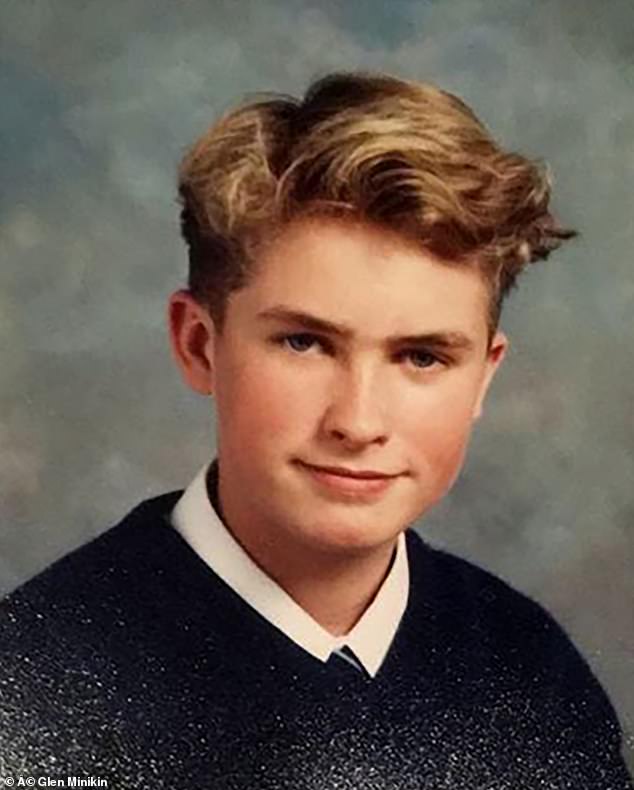 Earlier Mr Williamson was able to remember how he went to his sixth form college in Scarborough to pick up the envelope with his grades.

He recalled his ‘absolute delight’ when he saw the results and realised ‘all my dreams of doing social science at Bradford University’ had been achieved.

‘For a lad growing up in Scarborough, Bradford was the most exotic and exciting place in the whole world,’ he said.

‘It opened up the pathway to those next steps and I was absolutely delighted.’

Listeners seemed unconvinced he was unable to recall his grades, given his role in Government. 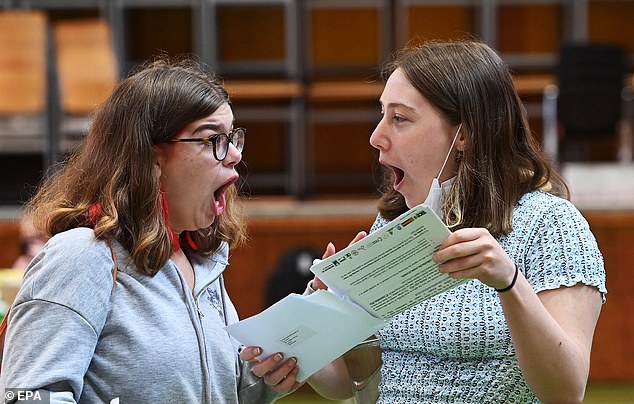 The professionalism shown by nurses during the coronavirus pandemic could be behind a leap in the number of students, leading nurses have said.

Ucas figures show the number of students accepted onto nursing courses has increased by 8% from last year, to 26,730.

The Royal College of Nursing (RCN) said that the increase is ‘encouraging’ but warned of significant staff shortages.

It said the newest cohort of undergraduate students will not qualify until 2024 at the earliest.

RCN director for England, Patricia Marquis, said: ‘This latest increase in acceptances to nursing courses is encouraging and is no doubt a result of the high profile and professionalism of nursing staff during the pandemic.

‘There are already significant staff shortages in nursing and it is clear acceptance numbers are not keeping pace with vacancies.

‘Pressures of the pandemic have also left nursing staff exhausted.

‘This not only puts patient care at risk but means students risk not completing their studies and entering the workforce.

‘Ministers must reverse the 3% pay deal if we are to discourage many from abandoning the profession, leaving future nurses without the expert teaching they need.’

‘I can remember what I got. I can also remember that A* wasn’t a thing back then.

Speaking on Tuesday morning before the results were officially announced, Gavin Williamson defended an increase in the proportion of higher grades, describing an ‘exceptional year’ and saying students have worked ‘incredibly hard’ and the results should be ‘celebrated’.

Hundreds of thousands of students have been given grades determined by teachers, rather than exams, with pupils only assessed on what they have been taught during the pandemic, following a second year in a row when exams were cancelled due to Covid-19.

The proportion of A-level entries awarded an A grade or higher has risen to an all-time high. In total, more than two in five (44.8%) of UK entries were awarded an A or A* grade this summer – up by 6.3 percentage points on last year when 38.5% achieved the top grades.

The figures, published by the Joint Council for Qualifications (JCQ), cover A-level entries from students in England, Wales and Northern Ireland.

Mr Williamson told Sky News ‘we very much hope that we will be moving to a system of where we are able to move into the more normal pattern of examinations from next year’.

He told ITV’s Good Morning Britain that as the pandemic ends there will have to be a ‘glide path back to a more normal state of affairs’.

He said students ‘have worked incredibly hard for those grades, wherever they have been, right across the country, and I think we should be celebrating that’.

Asked about concerns over grade inflation for A-levels, Mr Williamson said: ‘These grades are absolutely worth so much, they are the key for those youngsters to take that next step.

‘But we do have to recognise that, as we come out of this pandemic, we will equally have to take steps and take a glide path back to a more normal state of affairs.’

‘This year is a year that we can’t truly compare to any other year,’ Mr Williamson told BBC Radio 4’s Today programme.

‘No other cohort of students have experienced a situation where they haven’t been able to go into the classroom for a sustained period of time, not just once, but actually twice, and we have seen people having different experiences.’